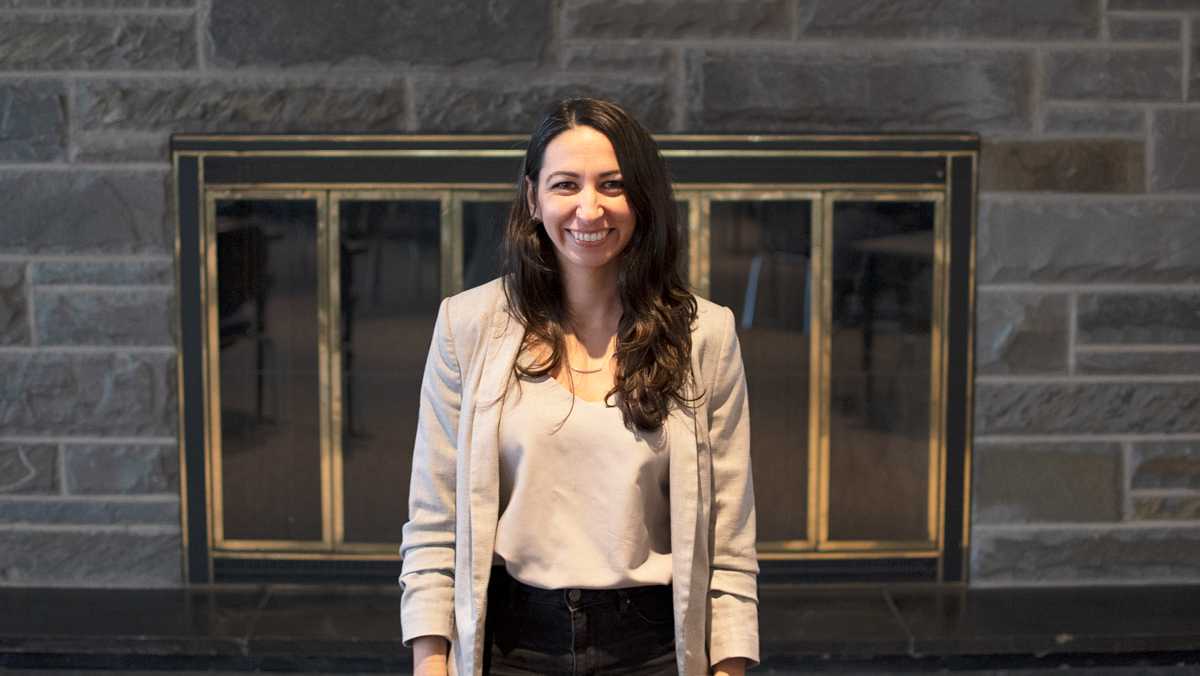 Nick Bahamonde/The Ithacan
Nepa stepped into the new position in January. Her position allows her to work with the Clery Compliance Committee and other members of the campus community to compile crime statistics to inform the campus.
By Caitlin Holtzman — Staff Writer
Published: December 11, 2019

Nepa stepped into the new position in January. Her position allows her to work with the Clery Compliance Committee and other members of the campus community to compile crime statistics to inform the campus. Nepa works with departments and offices across the campus, including the Office of the General Counsel and the Office of Judicial Affairs, to develop Clery Act compliance training. As previously reported by The Ithacan, shelter-in-place drills are part of the emergency action plans developed for the campus community.

“I’m coming to truly love the way that this position is shaping up,” Nepa said. “I make every attempt to build bridges in the community in order to increase safety on campus.”

Bill Kerry, director of public safety, said Nepa’s past work experiences have helped her to excel in her position. Before coming to the college, Nepa worked for a nongovernmental organization called Samaritan House that partnered with the U.S. Department of Homeland Security in Virginia. She said she worked to create a new program to help victims of human trafficking. She said she helped to do this through restorative justice programs and shelters for women and their families.

“The passion she has for what she has done is second to none,” Kerry said.

Before working for the Samaritan House, Nepa worked with the Crime Victim and Sexual Violence Center in Albany, New York, as a campus educator. Nepa said her position allowed her to address sexual violence prevention on college campuses.

Nepa said the Clery Act has three main categories. The categories are policy statement disclosure; collect, classify and compile crime statistics; and information dissemination. Nepa said all schools in compliance with the Clery Act must have these three components, which involve identifying campus security authorities, putting out emergency notification alerts and sharing crime statistics with the U.S. Department of Education.

The Clery Act was signed into law in 1990 with the intent of making colleges and universities publish information regarding campus crime statistics. Nepa said the act is named after Jeanne Clery, who was raped and murdered at 19 in her college dorm at Lehigh University in 1986. Prior to her death, there was no system for campus crime statistics available. Clery’s parents, Howard and Connie Clery, began to lobby for policy changes, and, eventually, the Clery Act was born as a way to help to keep students informed about campus safety.

Dave Maley, director of public relations at Ithaca College, said there were previously members of public safety who ensured compliance with the Clery Act, but now a position has been created for it. Nepa said Kerry advocated for the new position to be created.

The act requires colleges and universities that receive federal funding to release their Annual Security Report (ASR) on Oct. 1. This report is in compliance with the Clery Act and must include crime statistics varying from rapes to larceny thefts.

Nepa said the act helps to raise awareness and increase education about indicators of violence as well as increase outreach between the campus community and public safety officers.

“Hopefully, through all of this, we’re creating a campus filled with empowered bystanders,” Nepa said.

Tom Dunn, associate director of public safety, said he believes the Clery Act has been extremely beneficial to the campus community and future students, especially with the publication of the Daily Crime and Fire Logs and the ASR. He said it allows students and parents to compare college crime statistics.

Ithaca College to take action against sexual assault through campaign