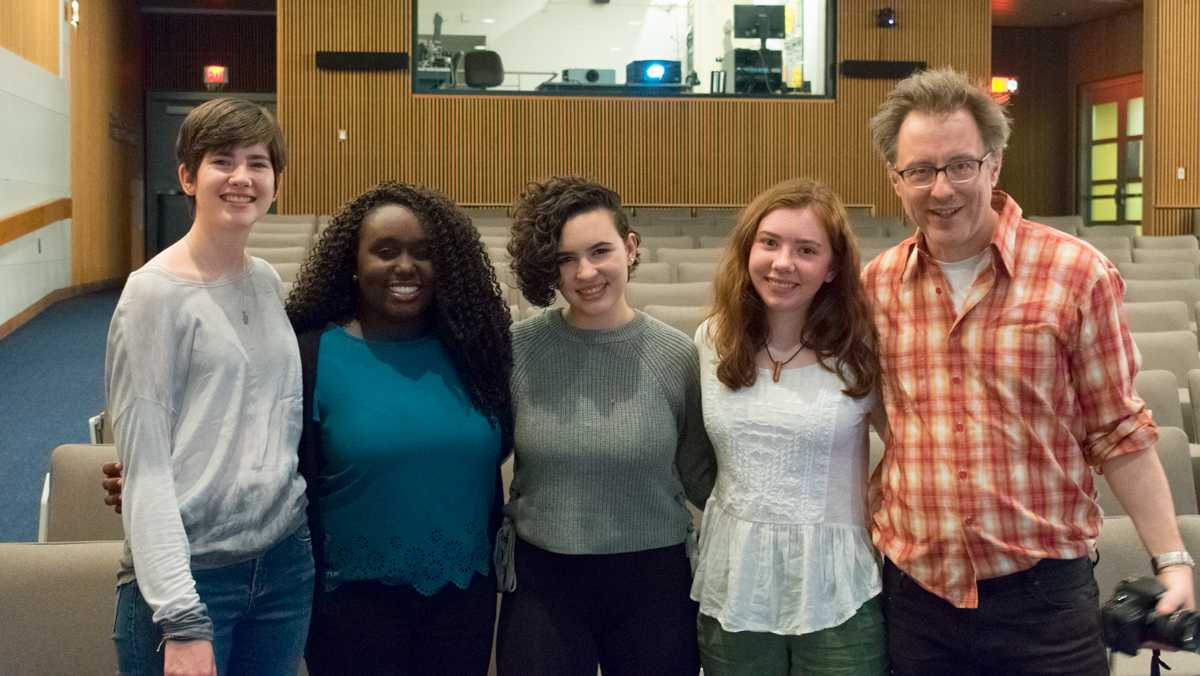 Four Ithaca College students have come together to create “IC Docs,” a club dedicated to the screening and discussion of documentary films.

The club was founded in the fall of 2017 by four documentary studies and production majors, freshmen Eden Strachan, Grethel Gonzalez and Ella Krings, and junior Casey McCracken. The club was first discussed when John Scott, associate professor in the Department of Media Arts, Sciences and Studies, reached out to members of the documentary studies and production program with ideas for a possible club. Scott felt that the college was lacking a community where students interested in documentary film could be exposed to and discuss films.

“I thought it’d be great to have this student organization serve as a sort of unifying force — a way for students from different years who are interested in documentary to collaborate together in an organized and interesting way,” Scott said.

Students liked the idea of coming together with filmmakers to talk about their reactions to documentary films and learn about the process of filmmaking, Krings said. The club would introduce students to people and films they may not have interacted with otherwise, Scott said.

After the idea of the club was suggested, the students were able to sign up and meet with Scott to elect officers and discuss plans. The group was officially recognized as a club in late Fall 2017, Scott said. The club has since been working on finding films to screen, as well as obtaining rights to said films, Strachan said. Access to rights plays a huge role in the decision of which ones are screened, and IC Docs deals with gaining rights on a case-by-case basis.

When Ben Crane, associate professor in the Department of Media Arts, Sciences and Studies, heard the club was looking for films, he reached out to two of his former students, Landon Van Soest ’04 and Jeremy Levine ’07. Van Soest and Levine produced “Good Fortune” in 2009, winner of the Outstanding Business and Economic Reporting Emmy in 2011 and voted the Best Human Rights Film at the 2017 AFI Docs Festival. The film follows the perspectives of two Kenyan communities resisting the developmental projects from Western funding, Strachan said. Through Crane, the club was able to obtain the rights to the film, and IC Docs hosted its first screening Feb. 22 in Park Auditorium. Because the club was able to gain permission from the filmmakers to screen the film, it did not have to pay to obtain rights. However, if money needs to be paid to screen films in the future, IC Docs would attempt to raise it, Strachan said. There are 10 students involved in IC Docs and approximately 50 individuals showed up to the event, Scott said.

Freshman Katie Mackrell attended the screening for extra credit for a class but found that she thoroughly enjoyed the experience.

“We kind of live in our own little bubble on campus,” Mackrell said. “That film exposed a whole other world that I’d definitely regret having not seen, and I’m grateful for the opportunity.”

Although the club hopes to screen a broad collection of documentaries from various platforms, they plan to show more films done by alumni, members of the local community and people within the Park School, Strachan said. By screening these kinds of documentaries, it is easier for the club to obtain rights to the films, as well as bring in filmmakers for post-film discussions, Strachan said.

IC Docs is planning screenings for this semester as well as for the fall of 2018, Strachan said. She said they wish to have at least one more before the end of the spring semester. The hope is with each screening, more students take interest in the club, McCracken said.

“I hope we spread the word and get as many students involved as possible,” McCracken said. “It’s exciting to see work that other students, alumni and faculty have done, and it’s an inspiration to know what we can all accomplish.”

The club is still in the process of exploring their options and planning what’s next, Scott said. After the success of the first screening, the members of the club have high hopes for the future, Strachan said.

“I want to have that auditorium full at every screening,” she said.