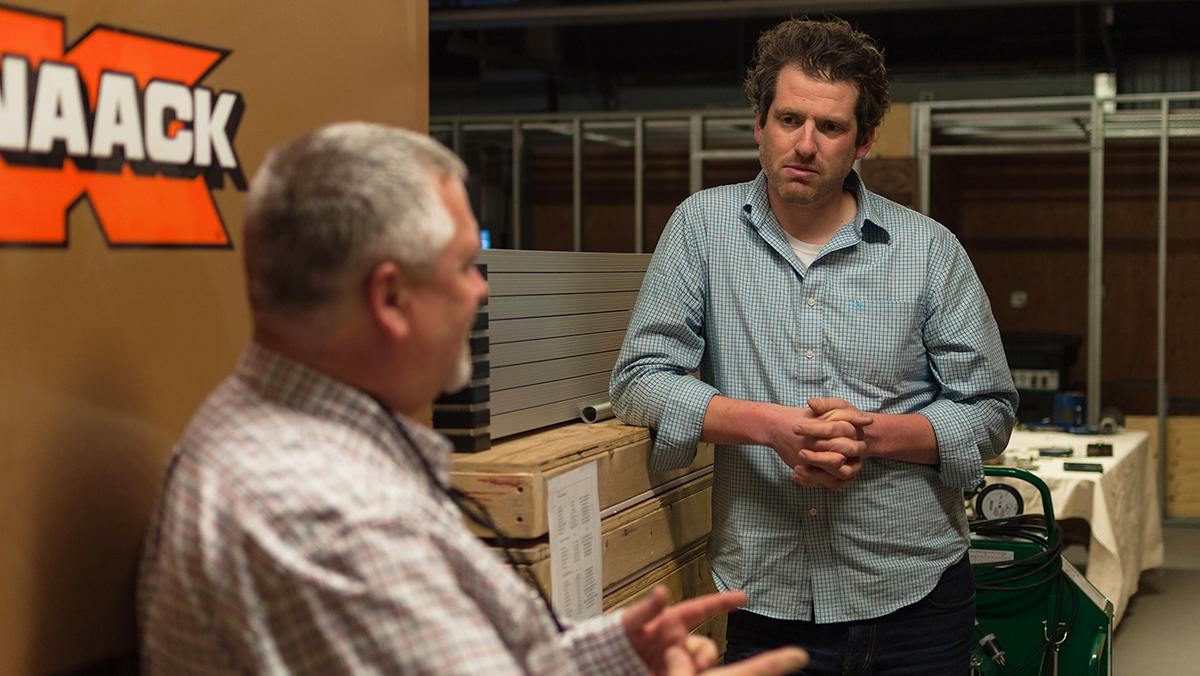 Courtesy of Keith Hannon
Keith Hannon ’04, lecturer in the Department of Media Arts, Sciences and Studies, said he had an interest in politics during his time as a student at the college, but was never very involved. Hannon is now running for Tompkins County Legislature in hopes of promoting progressive values that are important to many people in Tompkins County.
By Steph Siok — Staff Writer
Published: March 22, 2017

Keith Hannon ’04, lecturer in the Department of Media Arts, Sciences and Studies, was never that involved in the political scene while a student at Ithaca College.

But now, as a candidate for Tompkins County Legislature for District 5, Hannon said he hopes to push progressive ideals and stances that he believes are important to much of Tompkins County. Currently, Hannon is the only Democratic candidate officially running for the position, but Jim Dennis, a 10-year legislator in this position, said via email that he does plan on running again for the same position this year. A term as a legislator lasts four years, with the current term running from 2014 through 2017. The election will be held Nov. 7.

Hannon said in an email that he does not plan on continuing to work at the college next year whether he wins this position or not.

In addition to teaching at the college, Hannon is also the associate director for communications and alumni relations at the Boyce Thompson Institute, an independent, nonprofit institution affiliated with Cornell University that researches agricultural and medical advancements.

Hannon, who was a television-radio major, said that during his time at the college, he watched political activism from the outside but never really partook.

“I took a lot of politics classes, so it was always something I was interested in, but I always had the television focus,” he said. “I’ve always liked debating issues, having conversations with people that disagree. Having the tendency to hang out in your own echo chamber is a problem.”

His interest in politics bloomed when he moved to Los Angeles after graduating. He grew up in the Binghamton, New York, area.

Though he called himself a “starving artist” working in L.A. in the production industry, doing so, he said, helped him meet people from all types of backgrounds.

“It wasn’t until I moved to L.A. that I got up close and personal with how other people live, people from different socioeconomic classes from you,” he said.

When Hannon was living there, he and his wife found out they were expecting a child, and he presented the idea of moving back to Ithaca to raise their family.

“We want our family to be surrounded by things that really matter,” he said. The sense of community here is really a paramount.”

He said that having known the atmosphere in Ithaca, becoming involved in the political scene often crossed his mind.

Timing played a big role in Hannon’s decision to run for legislature. He often told himself the timing was not right because he was still raising his family. He spent over two months researching the position and realized that the reasons to do it outweighed the reasons not to, he said.

In part, Hannon’s inspiration to run comes from wanting to raise his family in a progressive community, and he said he feels that the progressive aspect of Tompkins County is not adequately represented.

“If I’m going to be here to raise my family, I want to see those values exercised on a political level,” he said. “I think we’re really good at progressive action as a community, but I’m not so sure that our representatives are exercising that same progressiveness in their voting records.”

Hannon also said the community needs to see more young people getting involved in politics as opposed to just people from the older demographic.

As for Hannon’s political goals, he said he aims to work on issues such as income inequality, the cost of living in Tompkins County and aiding single mothers and children living in poverty.

“I want the county to be a place where everyone has a chance to earn a good living and take part in the aspects of it that brought my family here,” he said. “I didn’t move to Tompkins County because I thought it would make me personally profitable. I thought it would be a place of diverse ideas and people, where there was more equal footing and my family could be exposed to that.”

“I think he has a good grasp of the community,” Langlitz said. “I think it’s nicer to see someone that’s younger starting to be involved.”

Donald Beachler, associate professor in the Department of Politics, had Hannon as a student and said he is very supportive of his run for Tompkins County Legislature.

“When I had him as a student, he was very smart, very articulate, and I think he’ll do well in public office,” Beachler said. “As far as I can see, he’s running a very well-organized and thoughtful campaign.”

Beachler said he thinks Hannon will be an excellent representative if he gets elected.

“I think his emphasis on emphasizing that everyone who works full-time deserves to have a wage they can live on and with dignity will benefit a lot of people, including recent college grads that stayed in town and work service jobs,” he said.

And this time, Hannon said, the timing felt right.

“You go through a few election cycles, and you think about it, and you wait for the right time, but the right time is never going to come,” he said. “I think we’ve reached a point politically, locally and nationally, where I couldn’t come up with excuses any longer.”