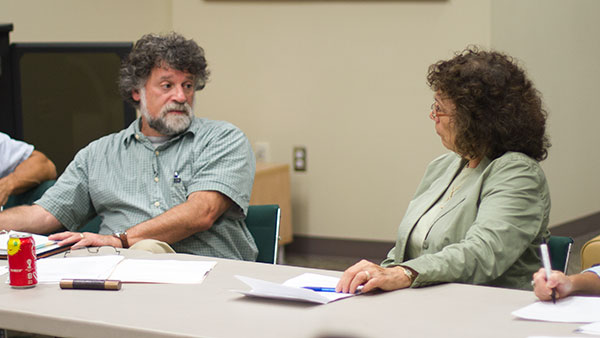 Several key administrators attended the Faculty Council meeting Sept. 2 to present their offices’ perspectives on issues such as the budget reforms for saving funds, goals related to IC 20/20 and the progress of the implementation of online academic workflow processes.

Linda Petrosino, interim provost and vice president of educational affairs, discussed the college’s zero-based budgeting initiative, which will require departments to submit precise projections of anticipated expenses, allowing the college to more efficiently allocate funds rather than having a year-end surplus.

The college’s other proposed method of saving funds is through strategic sourcing, a centralized purchasing process that would save the institution money if utilized properly, she said.

Petrosino commented on the advancement of IC 20/20. She said she wants to finalize the unification of the physical therapy program onto the Ithaca campus and continue the development of ICC courses within each of the themes. She also proposed the designation of courses for service-learning, which would promote community service in the classroom.

Petrosino said there was a plan to “internationalize” the campus as a part of IC 20/20 in an effort to increase international competency in students. She said it would affect the college’s culture and expectations as well as its recruiting strategies for students, faculty and staff.

In addressing online updates, Bryan Roberts, associate dean of the Roy H. Park School of Communications, began his presentation with information about the Academic Workflow Implementation Group — which manages the Workflow website and other academic administrative needs such as course overrides.

Roberts said the Implementation Group designed an online form for the change of major application, which will be accessible from the Workflow webpage next week.

Roberts said the group created a student-initiated online form for academic testing accommodations for the Student Accessibility Services, which would need to be completed three business days before the test date.

John Rosenthal, mathematics professor and council member, said there were no faculty included on the Workflow team, and Roberts responded by encouraging faculty feedback both during the meeting and after via email.

Some faculty voiced further concerns about the budget, including increasing the base pay of standard performers — faculty or staff performing at an acceptable level — and having budget cuts taken care of independently so as to not affect faculty salaries. The executive committee continued the discussion in a closed session at the conclusion of the meeting.