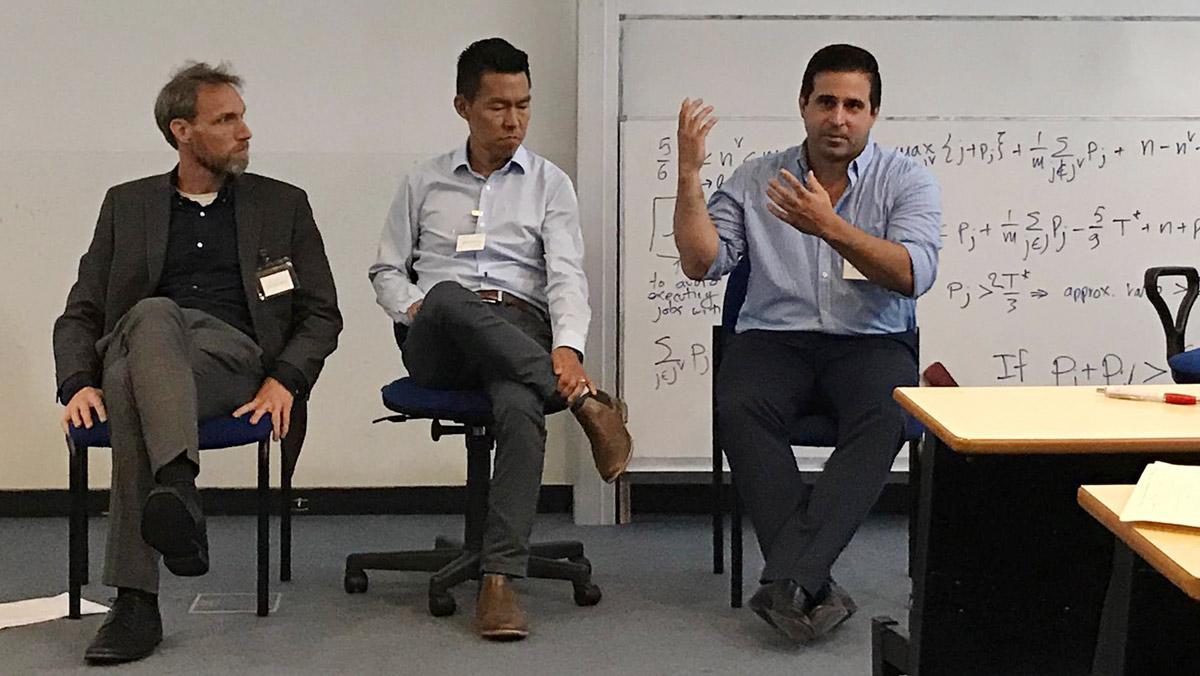 The courses were offered through Cornell University’s Prison Education Program (CPEP), which the college is currently partnered with for a two–year pilot period.

Keisha Slaughter, CPEP’s coordinator for Elmira Correctional Facility, said CPEP was created as an initiative to maintain the opportunity for inmates to take college–level courses after federal funding was revoked for most college programs in state prisons.

“The mission [of CPEP] is to give the people incarcerated a sense of purpose, a chance for them to feel human again,” she said. “They lose a lot of that while being incarcerated.”

Jennifer Wofford, director for extended studies in the Office of International Programs and Extended Studies, began working with CPEP in 2018 to extend the program to Ithaca College. She said that over the two–year pilot period, the college will be offering six courses at the prison.

Wofford said the college will offer courses for inmates at Elmira Correctional Facility to enroll in with the goal of earning their degrees from Corning Community College.

Palma said via email that he joined the program as a nod to his close friend who was incarcerated. Palma said his time in the education system was a turning point during his friend’s sentence.

“Seeing how valuable the experience had been for him, I felt it was important that I do my part,” Palma said.

Wofford said CPEP is offering $10,000 to the college over the two–year period as seed funding. This funding came from a grant that was awarded to the program as an initiative to expand its partnerships with other colleges. Books and supplies, which cost an average of $150 per student per course, will also be covered by this funding.

Wofford said the college is providing funding to cover the cost of faculty compensation at the per–credit rate used for overtime and part–time faculty, so professors were given the opportunity to teach at the prison for pay. This was not grant funded, but Wofford said she hopes to receive support for the program through grants in the future.

“There was a number of faculty that wanted to teach in this program, many of whom were saying they’d do it as volunteers,” she said.

Muller said she found that the program overlapped in many ways with her background in anthropology, which ultimately inspired her to work with CPEP.

“Much of my research in anthropology focuses on how social inequities can negatively impact health and well-being,” she said via email. “We know that societal discrimination against formerly incarcerated individuals often prevents those qualified from getting jobs.”

Muller’s course has 11 enrolled students. She said there is no difference between the content in her courses at the college and CPEP. Every week, the students are assigned homework, which consists of readings, worksheets and writing assignments. They have restricted access to technology through tablets and computers and are offered the same textbooks as Muller’s students at the college.

“I hope that my course satisfies their curiosity, challenges them and drives them to further intellectual pursuits,” she said via email. “I hope I can say that they have learned from me as I will have learned from them.”

Palma said his class periods consisted of reading, studying poetry and fiction, as well as peer review. He said the students have the opportunities to share, critique and analyze their work in a constructive environment that leads to discussion.

Muller said her goal for her work with CPEP is to help her students be successful in their time following incarceration. She said she aims to work against the inequity within the education system, as she believes everyone is entitled to accessible education.

“Every mind, every person has much to contribute to our world and must have educational opportunity,” she said via email. “In a country with as many resources as ours, education should be a right, not a privilege only for those deemed worthy by those with power.”

Wofford said that for the rest of the two–year pilot, the college will offer one course per semester through Fall 2020. She said she hopes to continue the partnership with CPEP following the pilot period and offer more opportunities for professors and incarcerated students.

Ithaca College or Cornell University students have the opportunity to be teaching assistants for the program, but Elmira Correctional Facility requires volunteers to be 21 years old or older.

Commentary: Prisoners deserve to be treated with humanity

IC Save the Books will soon begin its main initiative to send books to prisoners in New York state, only if the group is able to renew the lease on a storage facility that will expire at the end of March.