College promotes initiatives for students to take US Census 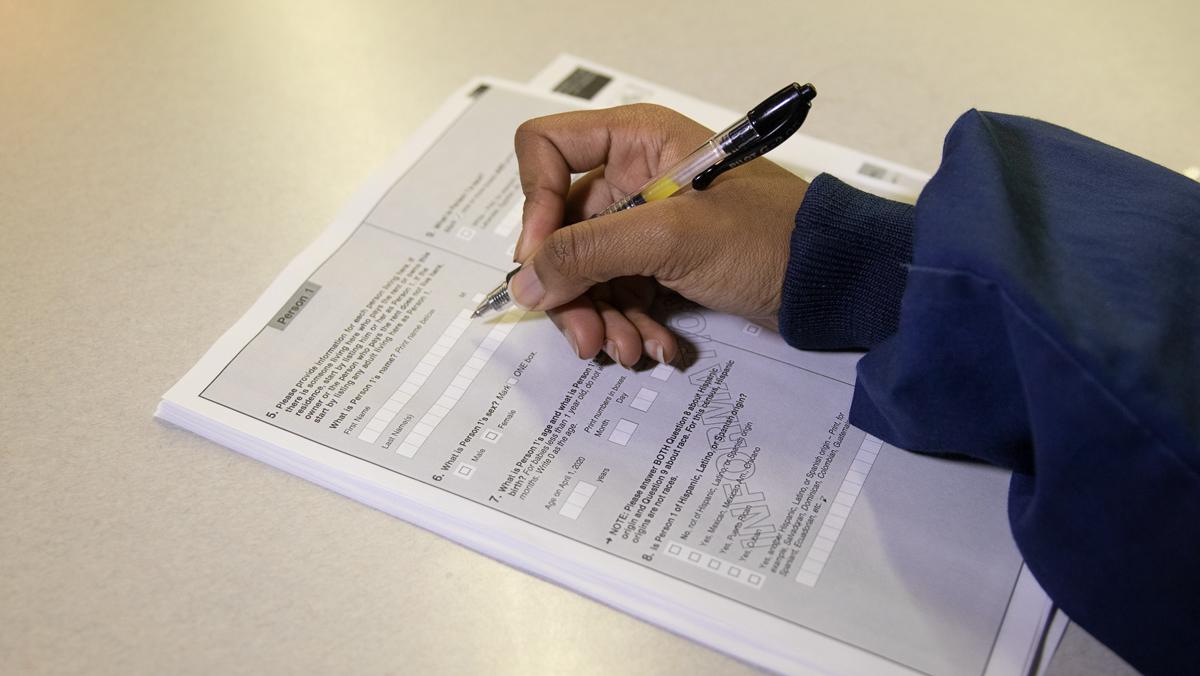 Molly Bailot/The Ithacan
The U.S. Census counts the population, allowing the federal government to allocate over $675 billion dollars in federal funds to local and state governments for public health, education and neighborhood improvements across all states and territories.
By Cora Payne — Assistant News Editor
Published: March 4, 2020

The 2020 United States Census is being conducted throughout March, and Ithaca College is pushing initiatives to get a proper count, as college towns are often among the most undercounted.

The U.S. Census counts the population, allowing the federal government to allocate over $675 billion dollars in federal funds to local and state governments for public health, education and neighborhood improvements across all states and territories. Doreen Hettich-Atkins, director of strategic planning and administration and chair of the 2020 Census Committee at Ithaca College, said the committee has been trying to spread awareness to campus community members through posters and Intercom announcements to make sure they know how to participate in the census.

“I think some of that’s probably due to lack of awareness,” Hettich-Atkins said. “It’s probably the first time most [students] are filling it out on their own, and many [students] probably think their parents should fill it out for them.”

For the first time, the 2020 Census will be accessible online. The mailed postcard form will provide a user ID that can be entered on the official census website, so the household will be able to access all survey questions online, Hettich-Atkins said.

Hettich-Atkins said it is important for Ithaca to get an accurate count because the population is constantly in flux due to the nature of attending college away from home.

“Particularly in a town like Ithaca, if we really undercount the number of students in town, it really changes the perception of the town,” Hettich-Atkins said. “It impacts the information the government has about the town.”

It is important to be aware of how the census works for safety reasons because of the reports of suspicious people posing as census takers, Hettich-Atkins said.

Senior Marla Colino lives in an off-campus house with several housemates. On Dec. 3, a man came to the door of Colino’s residence claiming that he worked for the census and that he was following up about a postcard sent a few weeks earlier. Colino said the house received the postcard but did not fill it out. The man told Colino and her housemates they had two weeks to go online and fill out a form. At the time, Colino believed the man was working for the government.

“Once [I was told] it was probably fake, I thought, ‘Well that’s a little scary,’” Colino said. “You don’t know where that information could be going. I’m sure it’s no harm, but there could be.”

Government employees only visit residences if the census forms have not been filled out by April 1, Hettich-Atkins said.

Hettich-Atkins said it is also important to read mail carefully because there have also been reports of suspicious people posing as census takers going to people’s homes.

“There is some paperwork out there being sent by non-U.S. Census folks,” Hettich-Atkins said. “I encourage folks to carefully read whatever documents they get.”

Freshman Jonah Daiute said he was unaware of how important census data is.

“I did not know what the census was or even how it works really,” Daiute said. “But [information] made me think it is much more important to take the census and made me want to fill out that form right away.”

Filling out the census form should not take a person more than five minutes to complete, Hettich-Atkins said.

Robert Groves, director of the U.S. Census Bureau, delivered an hour-long presentation explaining the ins and outs of the decennial Census, the nation’s leading source of demographic data, yesterday at Cornell University. Sponsored by Cornell’s Survey Research Institute, a research provider for students, faculty, government agencies and other organizations, more than 100 Cornell and local…