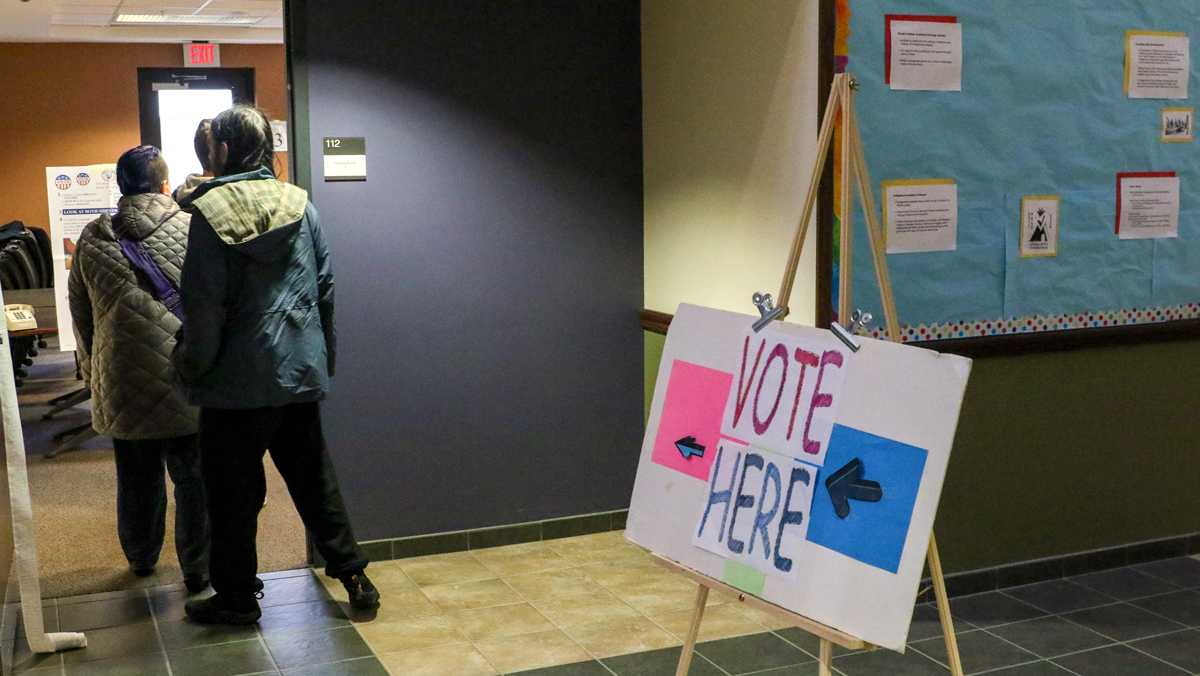 Andrew Treves/The Ithacan
Registered voters in Tompkins County voted Nov. 6 at Circles Community Building, a polling location on campus. Others could request an absentee ballot prior to the election.
By Sam Haut — Staff Writer
Published: November 7, 2018

After a tense election season, the midterm results are in. On the national stage, Democrats were able to flip enough seats to capture the House of Representatives, while Republicans held onto the Senate with a few extra seats.

In Tompkins County, where Ithaca College is located, Republican Congressional Candidate Tom Reed (R-NY) held onto his seat for his fifth election in a row, beating Democratic Candidate Tracy Mitrano 55 percent to 45 percent. In New York state, Gov. Andrew Cuomo (D-NY), was re-elected as was Sen. Kirsten Gillibrand (D-NY) in the Senate.

According to Ballotpedia, Reed has been the representative for District 23 in New York since he won in 2012 with approximately 49 percent of the vote.

At the college, many students voted in the midterm election, whether they did so through absentee ballots in their hometowns or decided to register to vote in District 23.

Sophomore Zachery Islam said he anticipated that the Democrats would take the House but thinks this will cause Republicans to shift their tactics.

“I’m not going to say I’m surprised that the Democrats took over the House,” Islam said. “I think that was obviously a response to who is currently in the White House. However, it’s very even. I personally would have liked to see more red in there. Republicans still maintain the Senate. I think is good for them. I think Republicans will go a little more defensive on their politics now that they lost the House.”

Islam voted for the libertarian candidate for governor of New York state, Larry Sharpe, and was surprised that Sharpe received 1.6 percent of the vote. Islam had expected Sharpe would only get 1 percent.

On Ithaca’s traditionally liberal campus, most other voters were pleased with the midterm outcomes. Senior Brianna Westad said she would have liked if the Democrats had flipped the Senate but was hopeful that more–diverse candidates ran in several races.

“The way the Trump presidency is going and the way everything is bought out, … I’m really glad about the representation that did come out of it,” she said. “That’s at least one of the good things that came out of it.”

Westad said she voted at the polling center at Circles Community Building on Election Day, and she is glad that New York stayed blue.

Fred Peterbark, director of music admissions and preparatory programs in the Department of Music, said he voted for the Democratic Party and is not surprised by the election results.

“In a way, I wouldn’t say I’m too surprised,” Peterbark said. “I think that there were gains by the Democrats. I think that the Senate was a hard road to go, and so I think that at the end of the day, there’s now a possibility for greater checks and balances within Congress and the executive branch.”

Sophomore Gabriela Fernandez said she also voted at the polling center in Circles Community Building for New York’s 14th District. She said she is pleased both with the victories that the Democrats got in the House and the historic firsts of Native American and both men and women of color elected.

“I’m very happy that the Democratic party got the House, and I’m also very surprised that the majority of them are women,” Fernandez said. “I am from the Democratic Party, and I think it’s also great that a person from my district, Ocasio-Cortez, was also part of Congress.”

Fernandez said she thinks the large number of women that won seats will have an effect on policy down the road.

“I hope that it will affect it positively, especially now because of so many women, especially Democratic women, in the House of Representatives,” Fernandez said. “Specifically with abortion, Title IX, immigration reform … that will be different. I’m not sure how much of a positive impact we will see because the Senate is still Republican.”

Donald Beachler, associate professor in the Department of Politics, said the priorities of Democrats and Republicans in this election differed greatly.

“I think Democrats feel that Trump is a threat to traditional American liberties and democratic processes,” Beachler said. “I think Republicans fear that Democrats are a bunch of multiculturalists who want to open the southern border and would be happy to have 50 million Mexicans here.”

Carlos Figueroa, assistant professor in the Department of Politics, said that in this election, there are various factors that contribute to getting both Democrats and Republicans out to vote. For Republicans, he felt they were more focused on making economic gains with their votes whereas Democrats wanted to keep stall Trump’s social policies. Figueroa said he personally hopes that, by having Democrats in control of the House, there will be less reactionary governance and more room for compromise.

“The hope is that these midterm elections will serve as a brake to the mostly, if not exclusively, right–wing reactionary politics that we’ve seen from the Republican Party and then the reaction to the reaction from the Democratic party, so then they’re both reactionary,” Figueroa said. “Because of the Republican Party being in power, their reactionary politics are more dangerous for obvious reasons. And these midterm elections will serve, hopefully, as a brake.”

Figueroa said the gains of the Democratic Party in this election will be instrumental in giving it a better position on key issues.

“Well, let me say that the expected ‘blue wave’ did not necessarily hit shore,” Figueroa said. “But, don’t get me wrong, the Democratic party regaining the House for the first time in eight years is critical to the party’s national vitality.”

In a press conference held Nov. 7 at the White House, Trump reacted to the midterm elections positively.

“Last night, the Republican party defied history to expand our Senate majority while significantly beating expectations in the House,” he said.

In a more defiant tone, he also promised to retaliate against the House Democrats with a “warlike posture” if they use their subpoena power to investigate his administration.