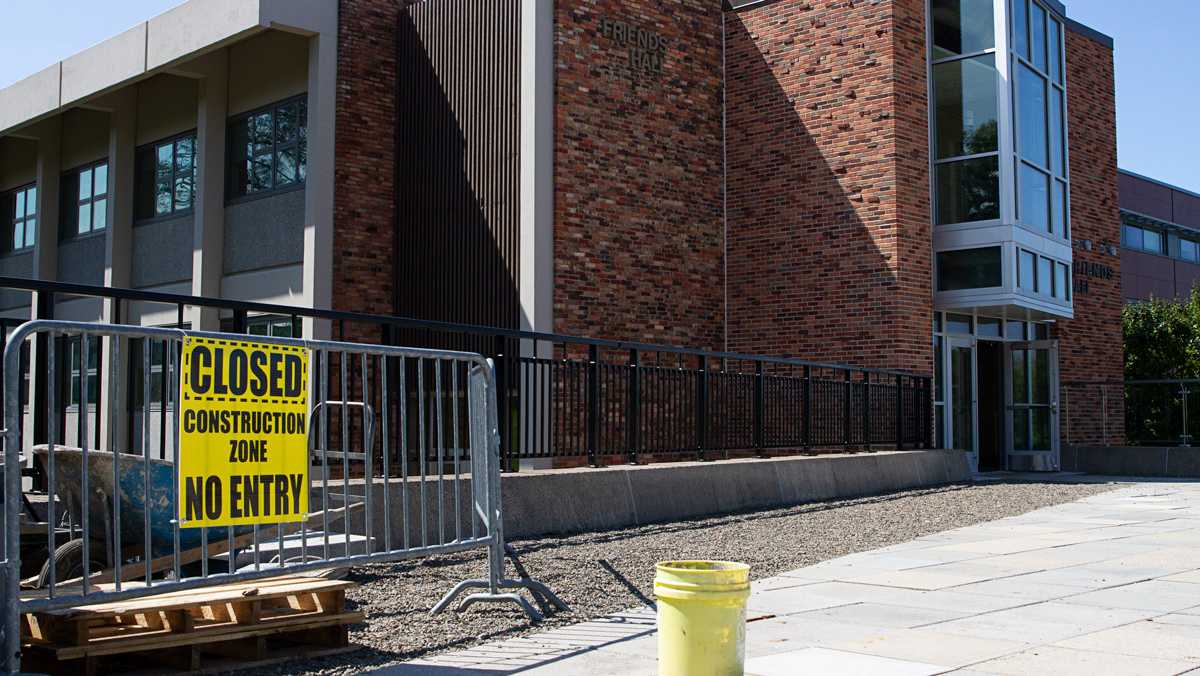 Abbey London/The Ithacan
Friends Hall was closed over the summer due to renovations to remove asbestos.
By Meaghan McElroy — Senior Writer
Published: August 28, 2019

As part of the ongoing renovations to buildings on Ithaca College’s campus over the summer, asbestos was removed from Friends Hall and Job Hall.

The asbestos was removed during mechanical upgrades to Job Hall and Mueller Faculty Center and during updates to the boiler pipes in the ceiling of the corridor that runs between Job Hall and Friends Hall, said Tim Ryan, assistant director for environmental health and safety in the Department of Environmental Health and Safety. All buildings were closed during the entirety of the construction projects. The asbestos was not a threat to human health and was well-monitored until its removal by certified contractors, Ryan said.

“When a material like asbestos is removed, it’s done under very strict regulations,” Ryan said. “They have to do air monitoring, and they have to pass very stringent air testing standards in order to even open up that space to the other contractors.”

The construction on campus was done during the summer term so that classes during the academic year would not be impacted, according to a July 16 announcement made by Tim Carey, associate vice president of the Office of Facilities.

The college hired LCP Group, Inc., a general contractor company, to remove the asbestos. Ryan said that the department knew the removal would cost extra ahead of time and factored the cost into the total cost of the project. Gary Lasky, who oversees asbestos projects at LCP Group, Inc., said the removal process went well and that everything was done to regulation.

“It was in good shape,” Lasky said. “Everything should be pretty well set.”

Lasky said asbestos is only harmful if its fibers are inhaled — which is why it is often left in buildings if it is not a direct threat to health or if it is not going to be affected by renovations. Asbestos was a preferred substance for insulation projects until the 1980s because it is heat resistant and low-cost, according to the EPA. Friends Hall was constructed in 1962 and Job Hall was constructed between 1964 and 1965.

The majority of the construction projects on campus have been completed with the remainder being completed over winter break, Carey said via email.

Renovations to Towers residence halls completed over the summer