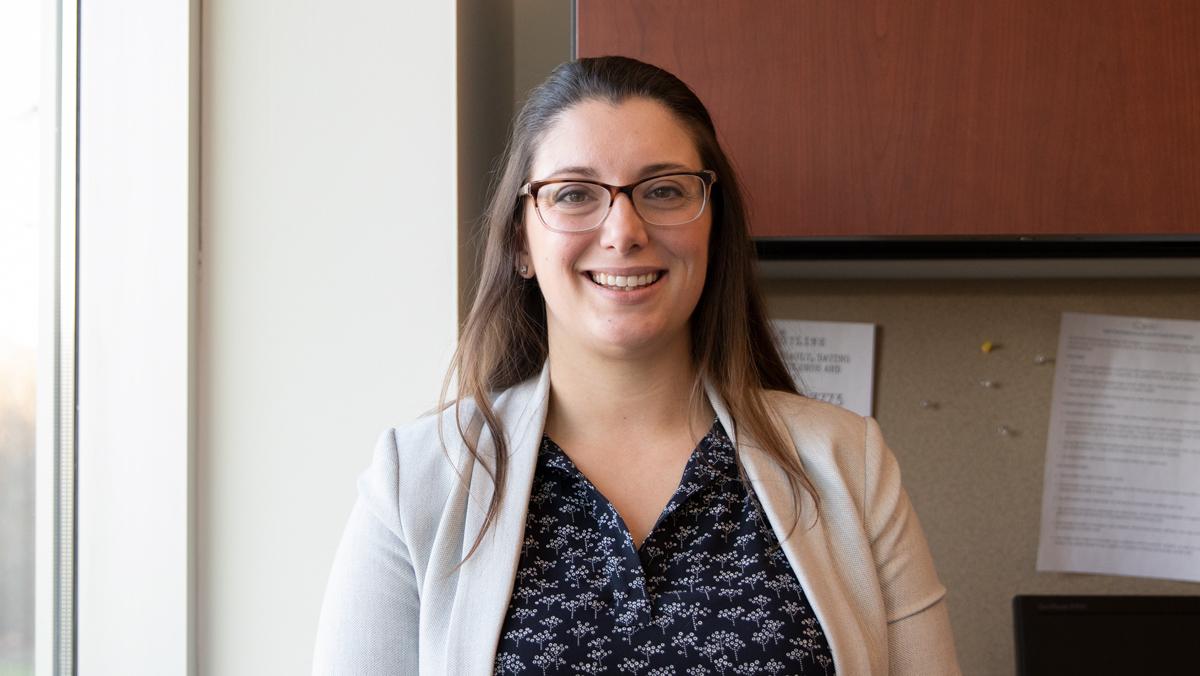 Molly Bailot/The Ithacan
Maggie Wetters, Title IX deputy coordinator at Ithaca College, stepped down from her position and will be joining the Title IX office at SUNY Cortland. Ithaca College is currently searching for a replacement for the position.
By Caitlin Holtzman — Staff Writer
Published: January 29, 2020

The search is currently being conducted internally in the Division of Human and Legal Resources, but it will become an external search if a candidate is not found promptly, Koenig said. There is no timeline currently available for when the position will be filled, Koenig said. The job, created in July 2018, is a support staff position in the Title IX office to help Koenig with the increasing workload because more students have filed reports to Title IX in recent academic years, Koenig said. In the interim, Koenig said, members of the Sexual Violence Prevention Committee are helping her provide prevention training on campus, task that was previously Wetter’s responsibility.

Wetter, who held the deputy coordinator position for approximately two years, joined the Title IX office at SUNY Cortland. Wetter said she was responsible for coordinating Title IX training for campus officials, conducting Title IX investigations and making sure the office was in compliance with Title IX state and federal laws.

“I have valued my time in the Title IX office at Ithaca College and developed a passion for this work,” Wetter said via email.

Koenig said the deputy will complete investigations into sexual misconduct and assault when they are requested by the reporting party or when the Title IX office determines that an investigation should be conducted.

“The office is looking for a candidate who has experience with campus education and programming as well as someone who has the skills to connect interpersonally with people,” Koenig said.

Koenig said she worked very closely with Wetter to develop new approaches to outreach and education on campus.

“Every campus’ Title IX office is providing a service that is so important, especially in the political era that we’re in now,” Coburn said.