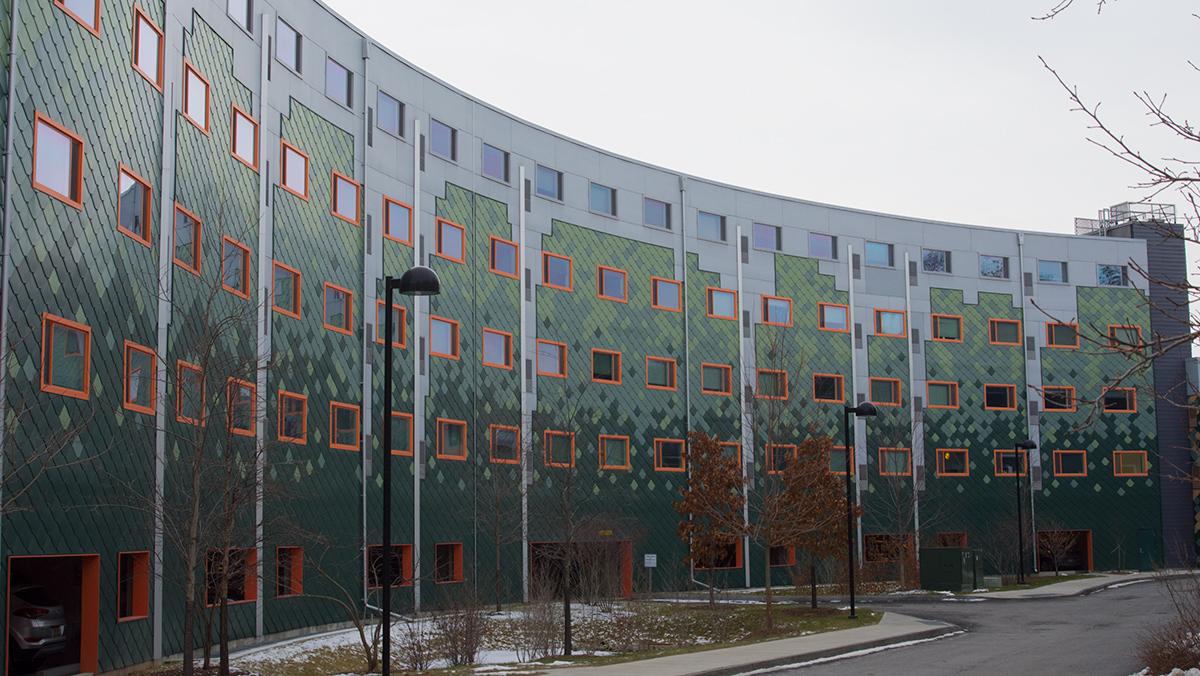 When students return to Ithaca for the beginning of the academic year, the local population doubles from about 30,000 to about 60,000. And while Ithaca College and Cornell University pose many benefits for the city, these can be accompanied by complicated problems for the community.

The most recent cause for concern involves how much the colleges contribute to property tax revenue. A public hearing has been set for Feb. 13 to discuss how much Ithaca College pays the Town of Ithaca to fund emergency response services, with the town threatening to pull services from the college unless it agrees to contribute more.

Aside from having large amounts of tax-exempt land, leading to higher taxes for residents, other downsides of living in a college town include generally higher rents and friction between the student population and the community, some experts say.

Mayor Svante Myrick has spoken out about the property tax since 2014, and again recently at the 2017 State of the City address. He said Cornell, whose campus mostly resides within the City of Ithaca, does not contribute to property tax revenue as much as it could. According to City Chief of Staff Dan Cogan, the university contributes a little over a million dollars annually. Currently, Ithaca College pays some money through a PILOT payment — a payment in lieu of taxes — which is a voluntary sum paid to the Town of Ithaca. In September, President Tom Rochon stated that the college provided $33,424 to the town during the fiscal year 2016.

Cogan said the mayor’s office hopes the college’s incoming president will be more willing to work with the city than prior ones have.

“The biggest chunk of change of that is educational facilities, mainly Cornell and Ithaca College,” Franklin said.

The amount exempt from the two institutions totals about $3 billion of value, Franklin said, with Cornell’s land valued at $2.5 billion and the college’s at $450 million. Of this $3 billion, these institutions would pay about $12 million to the City of Ithaca, if they suddenly became taxable, Franklin said.

Because of these exemptions, there is less taxable land and thus a higher tax rate for Ithaca residents, Franklin said. Hypothetically, he said, if all the land Cornell and the college occupy “suddenly became taxable,” the City of Ithaca’s tax rate would drop a little more than half — dropping from the 2016 rate of $12.89 per $1,000 of assessed value to $5.73.

Bill Goodman, Town of Ithaca supervisor, said that because all the properties are tax–exempt, the tax burden falls upon homeowners, who are paying a much higher percentage of the tax collected than they would in other communities. He said the colleges also create a high demand for emergency services, taking them away from the town.

In addition to tax exemptions, there is also what Franklin calls a “housing crisis” occurring in the City of Ithaca, which is largely influenced by the student population in the area. Due to high demand and a lack of supply in housing, prices increase, Franklin said. He also said that sometimes, students can afford to pay higher rents than those living in the town, making it difficult for local residents to keep up with the inflated prices.

This is part of a student lifestyle that Miriam Weiner, senior product manager for real estate for U.S. News & World Report, who compiles the list of best college towns in the U.S., said can sometimes conflict with their neighbors’ lifestyles.

“There can sometimes be friction between students and town residents when steps aren’t taken to integrate students with the community — think noise issues in neighborhoods with student housing or near nightlife areas,” Weiner said. “But when students feel more a part of local life — be it through volunteer efforts or by simply getting to know their neighbors — this friction diminishes.”

Junior Yasmeen Mughal lives in a mostly student–populated neighborhood on East Spencer Street. She said she mainly interacts with town residents at public spaces like The Commons or her local laundromat.

“That’s where I really get to know people,” Mughal said. “It’s a symbiotic relationship in a lot of ways. The students kind of keep the housing markets in Ithaca competitive and boost the economy, and the students really benefit from what the town gives them.”

John Graves, president of the South Hill Civic Association, deals with relations between the student population on South Hill and their residential counterparts, like those on Mughal’s street. Living alongside college students, Graves said, the focus is on how both populations can be good neighbors despite differing lifestyles.

“I guess you get acclimated to where you live,” Graves said. “We deal with loud parties, but we also deal with our Common Council to try and figure out how that can be mitigated. It’s a constant trying to figure out how we can live together.”

Graves lives on Pleasant Street. He said that when he bought the house about 30 years ago, it was mostly city residents, but now the demographics have shifted to be student-heavy. While loud parties and intoxication continue to be issues, he said, relations have significantly improved over the last 15 years with the creation of a community workgroup between administrators at the college and community members.

The workgroup met Feb. 7 for its monthly meeting.

A college student walks into a bar