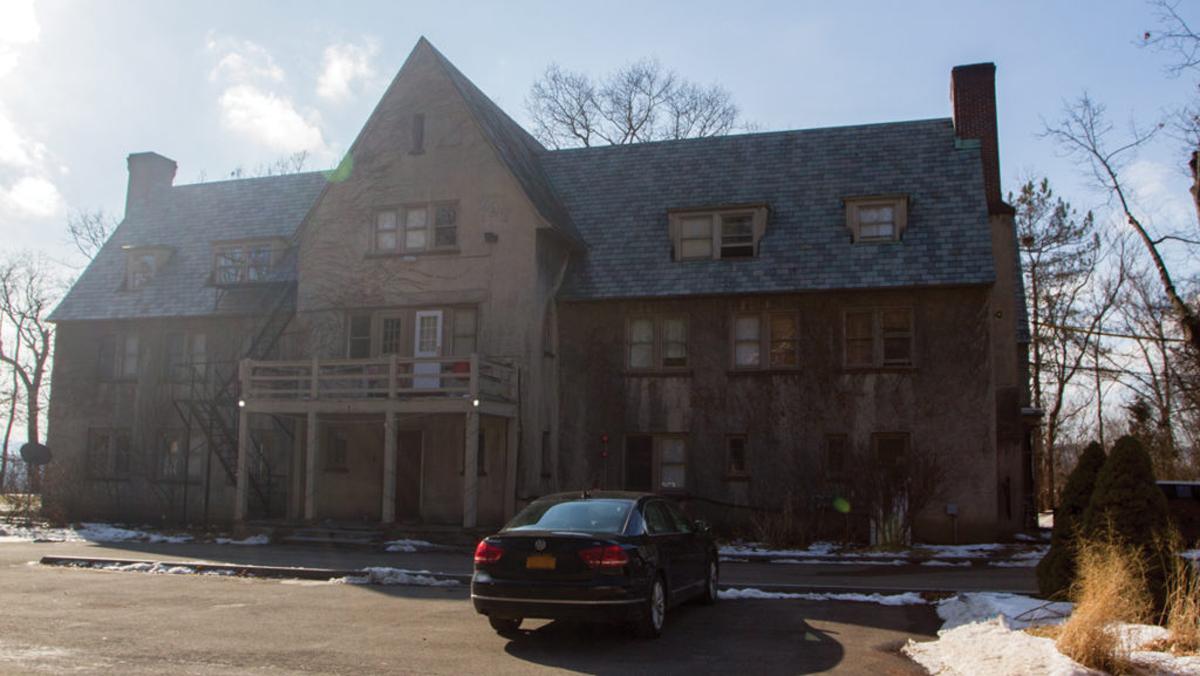 Ray Volkin/The Ithacan
Cornell University fraternity Zeta Beta Tau had a “pig roast” hazing competition in which pledges competed to see who could have sex with the heaviest women. The fraternity has been put on a two-year probation.
By Falyn Stempler — Assistant News Editor
Published: February 12, 2018

Cornell University fraternity Zeta Beta Tau has been put under probationary recognition for two years by the university’s Fraternity and Sorority Review Board for having a “pig roast” hazing competition in which pledges competed to see who could have sex with the heaviest women.

The fraternity had a sex contest in which the pledges earned points for having sex with women. When the contest came to a tie, the pledges competed in a final round dubbed a “pig roast” in which the brother who could have sex with the heaviest women would win, according to Cornell University’s 2016–17 academic year hazing report.

Zeta Beta Tau international headquarters released a statement that said they are investigating the matter to expel all brothers involved.

“Zeta Beta Tau Fraternity was deeply disappointed to learn of allegations that certain men in the Kappa Chapter at Cornell University engaged in activities that degrade women,” Zeta Beta Tau said in the release. “ZBT will conduct its own thorough investigation of this matter to get to the bottom of this situation, as we simply will not tolerate the objectification or degradation of any human being.”

Ryan Lombardi, vice president of Student and Campus Life at Cornell University, said in a statement that the fraternity’s actions were unacceptable and do not reflect the values of the university.

“The behavior that Zeta Beta Tau fraternity was recently found responsible for is abhorrent to me and antithetical to our values as a community,” Lombardi said. “Behavior that degrades and dehumanizes women contributes to a climate and culture of tolerance for sexual violence.”

He said the Greek system must address its issues with sexual misconduct.

“It is incumbent that all members of the Greek system and the campus as a whole challenge any form of sexual misconduct and the behaviors that foster it,” Lombardi said in the statement.

The chapter said it became aware of the allegations in a December 2017 hearing with the Cornell University Fraternity and Sorority Review Board. The chapter said that the “pig roast” was not a chapter-sanctioned activity and that they will be conducting a full membership review with ZBT international headquarters to find the brothers responsible and, subsequently, expel them from the fraternity.

“The brothers of the Kappa Chapter of Zeta Beta Tau would like to first and foremost express our mutual disgust along with those who feel hurt or victimized,” ZBT said in their Facebook post. “The Kappa Chapter of Zeta Beta Tau Fraternity is horrified at the notion of the degradation and/or objectification of women, and the impact it has had on men and women across the United States, and at Cornell.”

In addition to the two-year probation, the fraternity will have to conduct a full chapter brotherhood review, hire a live-in adviser approved by the Office of Sorority and Fraternity Life, participate in university’s bystander education program, conduct a walkthrough approved by OSFL and work with OSFL staff to identify campus or community resources for sexual violence.

This is not the first hazing incident at Cornell University during the 2017–18 academic year. Other fraternities, including Alpha Xi Delta, Kappa Kappa Gamma, Lambda Chi Alpha, Pi Kappa Alpha and Sigma Phi Epsilon, have been reported for and found in violation of hazing. All fraternities were sanctioned to punishments by the board. The Omega Phi Beta sorority has been reported for hazing, according to Cornell University’s 2016–17 academic year hazing report.

Ithaca College students longing for the more vibrant social atmosphere of Cornell University’s fraternities and sororities now have less reason to be jealous. At least part of the party is over.