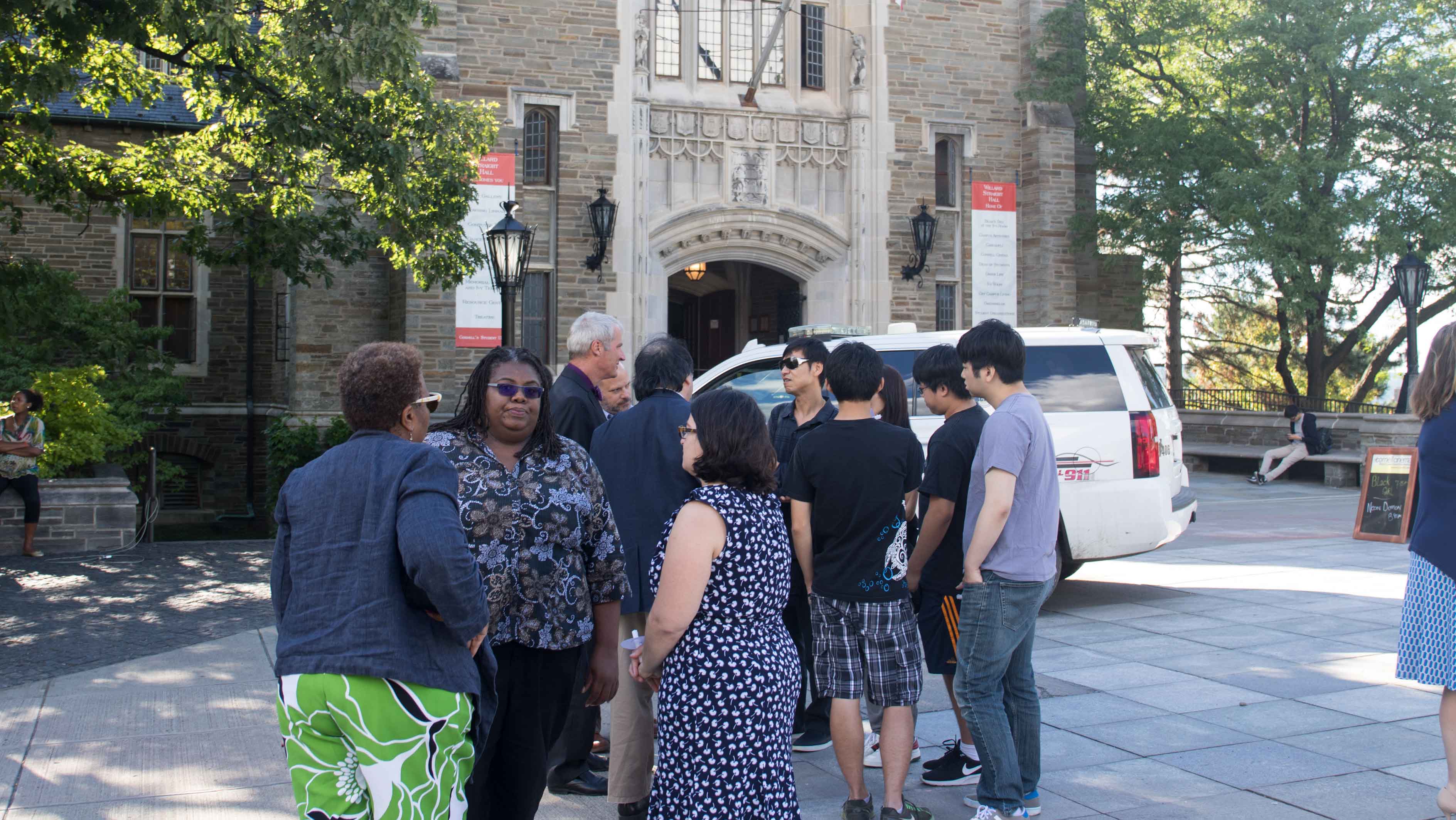 Jade Cardichon/The Ithacan
Members of the community gather on the Cornell University campus at Ho Plaza, following a vigil for Ithaca College sophomore Anthony Nazaire, who died in a stabbing Aug. 28. The vigil also honored Darryl Wu, a Cornell University junior who was found dead in his apartment Aug. 30.
By Sophia Tulp — The Ithacan
Published: September 2, 2016

A vigil was held Sept. 1 for Anthony Nazaire, the Ithaca College sophomore who died in a stabbing on the Cornell University campus Aug. 28, and Darryl Wu, a Cornell student who was found dead in his apartment Aug. 30.

The vigil took place at 4 p.m. at Ho Plaza on Cornell’s campus, and allowed the Cornell and Ithaca College communities mourn the loss of the two men. The vigil was organized by Kenneth Clarke, the director of the Cornell United Religious Work.