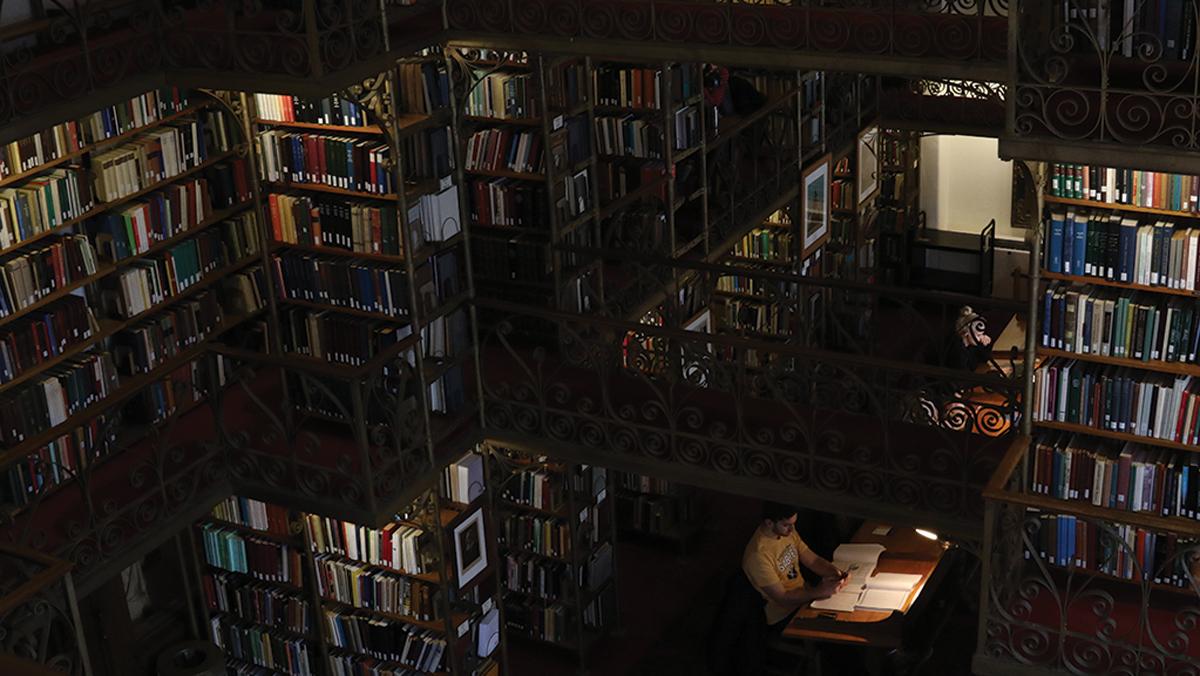 Cornell University and Ithaca College students and faculty will now be able to check out books at the other institution’s library through a reciprocal lending program launched between the colleges Jan 22.

The institutions had a previously established arrangement to trade books through interlibrary loans that will continue alongside the new program, Sarah Shank, the college’s interlibrary loan borrowing coordinator, said. The original program was not always quick enough for students, however. The reciprocal lending program allows students and faculty to go to Cornell or the college’s library to check out books rather than waiting for the requested materials to be delivered to them.

“We were noticing people would want something on a Friday, for example, and there’s no way that we can get it in over the weekend,” Shank said. “We wanted a way for a student to be able to go over to Cornell and pick up what they needed when they needed it.”

The new program will not replace the Interlibrary Loan Program, Shank said.

Shank said she had reached out to Caitlin Finlay, Cornell’s interlibrary services department head, in the past but said Cornell was not ready to establish the program until the Fall 2017 semester because it was setting up a Borrow Direct Program. Their Borrow Direct Program allows the university to request the expedited delivery of items at other Ivy League institutions or pick up materials at those institutions.

Once Cornell was ready, it collaborated with Ithaca College in the fall semester and over the winter break to prepare the program for the spring semester.

Wendy Wilcox, Cornell’s access services librarian, said Cornell spent two years working out the logistics of their Borrow Direct Program before they could work out anything with Ithaca.

“It’s something we have always really wanted to do,” Finlay said. “Logistically, it was just tricky to get it set up, and one of the reasons we were able to do it now was because we had the previous relationships with other libraries. We had the logistics in place and were ready to start doing it with other places.”

Ithaca College students and faculty can apply for local resident Cornell University library card at the university at no charge. Implementing the program has not had a significant cost for the institutions. Like the Interlibrary Loan process, the only costs involved will be shipping costs when a student returns a book to their library instead of the institution they borrowed from.

For interested faculty and students, applications for a Cornell University library card must be completed at the Cornell University Library Public Services Office, Olin Library Room 116, Monday through Friday, 8:30 a.m. to 3:30 p.m.

“We’re a little surprised how enthusiastic everyone has kind of responded to this,” Wilcox said. “It just seems like such an easy relationship agreement to enter into.”

“Does that mean all of those patrons are going to take advantage of this?” he said. “Probably not. However, I expect there is going to be some usage.”

Junior Unagh Frank said she has used the Interlibrary Loan program about four times in her college career, and she said she would be interested in taking advantage of the resources that Cornell has.

“I think that’s a really good idea, and it’s really cool,” Frank said. “Cornell has a lot of resources to offer that I feel like IC students could really benefit from since the schools are so close. And I’m actually happy that they are bringing in this program because sometimes I do wish that Ithaca and Cornell were better connected.”

Wilcox said she is excited about the program because the libraries have complementary collections. She said, for example, there are extended resources at Ithaca College in music, teaching and education while Cornell University has a rich humanities collection.

“Most libraries have such a rich tradition of sharing materials and collaborating across collections,” she said. “One of the things that is common to all academic libraries is the cost of materials is continuing to skyrocket, and what we really find is we want to get the materials to those who want to use them.”

The Tompkins County Public Library will kick off its Annual Appeal campaign with “One Life, Many Chapters: Books that Influence and Inspire,” an event featuring local authors and participants at 1 p.m. Sunday in the library’s BorgWarner room.

Cornell University is being sued for copyright infringement by several authors and authors’ groups who are alleging that the university’s partnered library digitization project is illegal.

E-book sales at Ithaca College have remained at 5 percent since their introduction to the college campus two years ago, Rod Beers, textbook operations manager of the college’s bookstore, said.