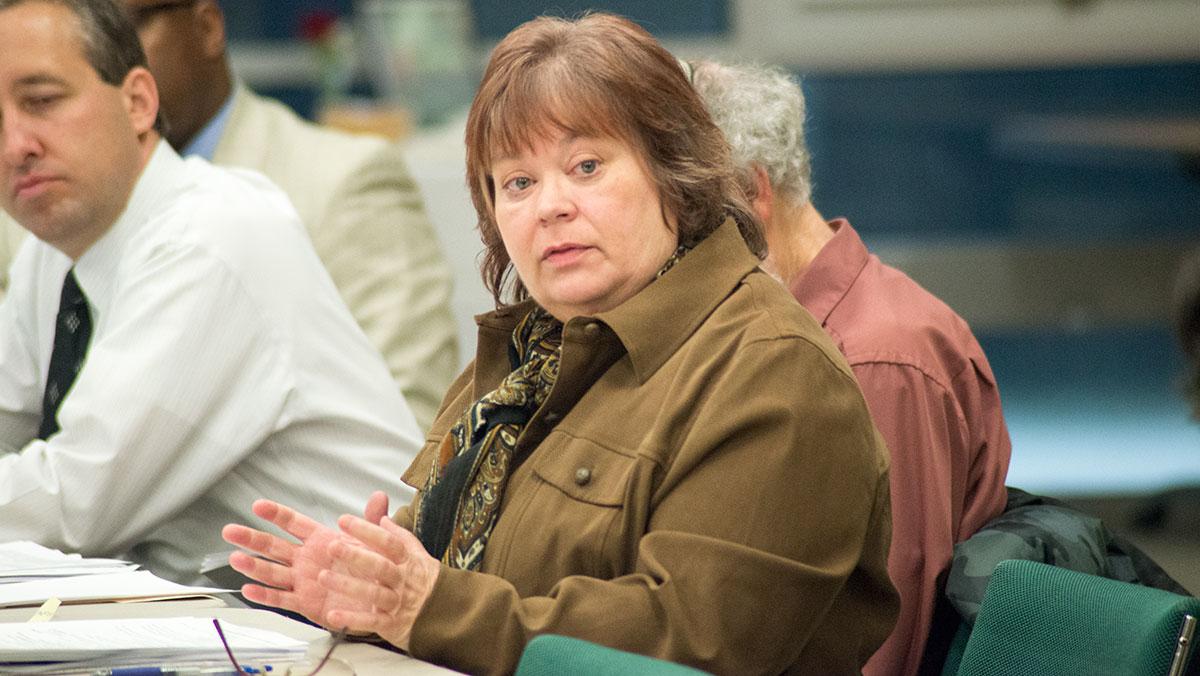 Deborah Harper, director of the Office of Counseling and Wellness, attended the Dec. 2 Faculty Council meeting to ask for support in trying to secure additional resources for the office, which she said has been facing unprecedented numbers of students seeking services.

“Students are just not able to get what they need here,” Harper told The Ithacan. “The need is greater than we have the resources for. It’s the volume and the lack of off-campus resources as well. If we were urban, we would really be in a different situation. But the fact is that demand is high and we are competing with limited resources downtown.”

In her presentation at the meeting, Harper said the demand the center was facing was overwhelming, citing a 74-percent increase in the demand for services in the past 10 years.

“I am really concerned about our ability to serve students,” she said. “This is an institutional problem.”

Harper said there were multiple reasons for this increase in demand, and national demand rates have also been rising, though Ithaca College’s rates do outpace the national rates.

“Years ago we used to have a fairly low use rate,” she said. “We’re part of a national trend.”

Harper said 17 percent of the campus population utilizes the services of the Office of Counseling and Wellness, while the national trend ranges from 4 to 10 percent of students who utilize their campus counseling services.

“When you have a residential population, they will use services at a higher rate compared to students at commuter schools,” she said. “We want to be seen as a resource for students who are in crisis or who want to excel. We also want to be a resource for the community if they want.”

Harper said she first brought her proposal to the administration last fall by reaching out to her supervisor Rory Rothman, senior vice president of student affairs and campus life, and Marissa Kelly, former provost and vice president for educational affairs. When interim provost Linda Petrosino assumed her post in June, Harper began her appeal process with Petrosino, she said.

Harper said she provided Petrosino with a written proposal and information, which Petrosino then shared with President Tom Rochon and the President’s Council at a meeting earlier this year. She said although she was unsure exactly how the Faculty Council could help, she felt she needed more support to give the proposal more traction.

“This is not an end-run around the administration,” she said. “They have heard this before.”

Rothman said his request for additional resources was met in the short term, the office having been provided with another therapist through the end of the spring semester.

“We are continuing to monitor the situation and to look at different models and approaches to address the need beyond this academic year,” he said.

Harper said the office has struggled to keep up with student demand.

“We started a waitlist in the beginning of October,” she said. “We had more than 100 students waiting for services. Counselors are booked two weeks out in advance.”

Though the office has the ability to refer students to off-campus resources, Harper said this was not a viable option for students due to their busy schedules. She said because students were having difficulty getting appointments, more and more were coming in during the same-day crisis hours. Harper said the space allotted for this was usually a 2-hour block with one counselor, and the increased numbers led to the staff feeling overworked.

“We reduce risk to the institution by having services available,” Harper said. “We do not reduce risk by having counselors be overextended.”

However, Harper said that the workload for her staff was not the biggest issue to consider.

“This is not about my staff having to work too hard,” she said. “There’s risk in not having adequate services. There’s also tremendous value in retention. Can we keep students from taking medical leaves? Some of those things are invisible unless we call attention to them.”

Harper said retention was an important issue for the college to consider.

“We have lost quite a few students this semester,” Harper said. “Fifty students went on medical leave this semester as of Thanksgiving break. Some could be retained through our services if we had time to see them or catch it in time.”

Cynthia Henderson, associate professor of theater arts and Faculty Council member, said she felt this issue was one that needed to be addressed promptly.

“We should at least start discussion,” she said. “We have students in crisis.”