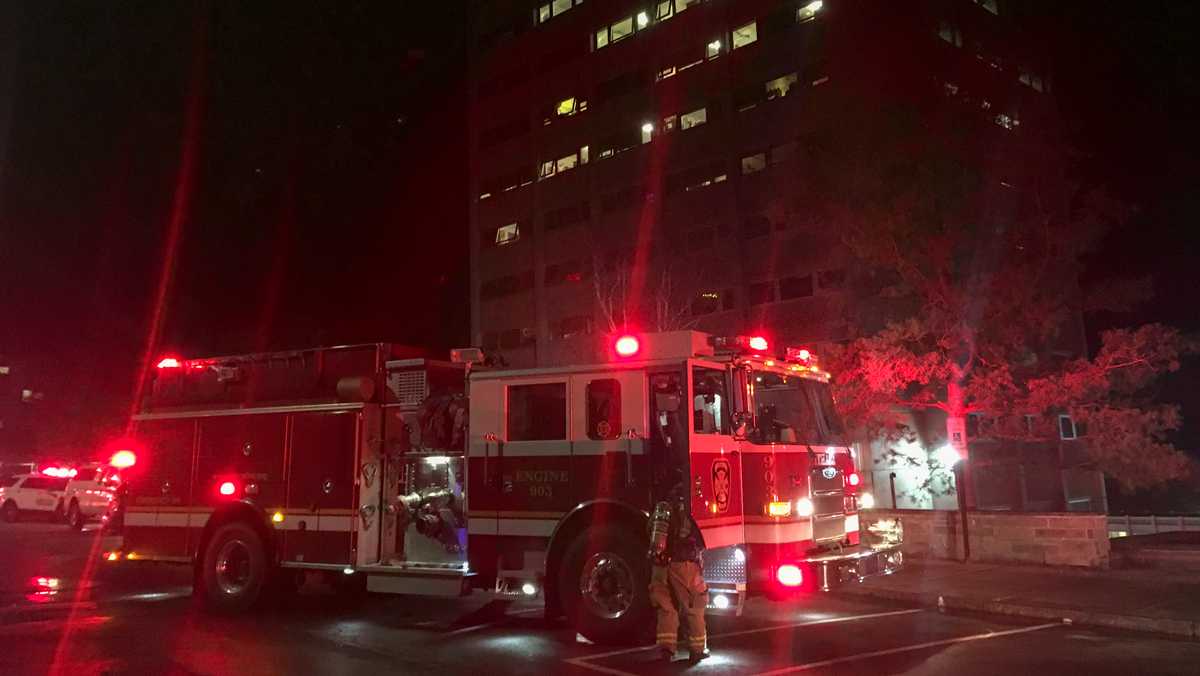 A West Tower fire alarm went off at approximately 10 p.m. Feb. 15 because of discharged fire extinguishers.

Dave Maley, senior public information officer, said first responders arrived to find no fire in the residence hall. One empty fire extinguisher was found on the fourth floor stairwell and the other was found on the sixth floor, Maley said. The fire alarm was set off because of the powder from the discharged extinguishers, he said.

Maley said the fire extinguishers are not automatic and are activated by people.

The fire extinguishers have been replaced, Maley said.

Maley said about half a dozen West Tower residents reported difficulty breathing and a burning sensation in their throats because of the powder from the extinguishers. He said the powder is nontoxic but is an irritant. He said the Ithaca Fire Department and Bangs Ambulance treated those who reported feeling irritated on the scene.

Maley said altering the fire extinguishers is a criminal offense. There is currently an ongoing SCC Fire Safety Related Offense investigation being pursued by the Office of Public Safety and Emergency Management.

Freshman Sabrina Rollings, a West Tower resident who lives on the fifth floor, said she could not see because of the “smoke” in the stairwell when she was trying to exit the building. She said she and her neighbors went to the fifth floor lobby, opened the windows and called Public Safety. Rollings said a Public Safety officer arrived within five minutes to escort them out of the building. The smoke Rollings was referring to was the discharge from the fire extinguisher.

“There was still stuff in the air, and it tasted kind of sour, and it smelled really bad,” Rollings said.

David Dray, assistant director and deputy chief for patrol operations, said he swept the stairwell so students would not breathe in pollutants from the fire extinguisher.

Freshman Sara Sankowski, a West Tower resident who lives on the fifth floor, also said there was a lot of “smoke” in the stairwell when she was trying to exit the building.

“We opened the stairwell, and we were like, ‘Oh my god!’” Sanowski said. “There was so much smoke, and we thought we were going to die.”

There was a lot of chaos in stairwell because of the “smoke” and confusion, Sanowski said.

Students waited outside the tower for approximately 45 minutes to be let back into the building, Rollings said. TCAT drivers, along with other vehicles, were unable to leave the Towers circle until the building was cleared. The residents were allowed back in at 10:54 p.m.

Rollings said she was shaken by the experience but was comforted by the fact that Public Safety came quickly to the scene.

Fire breaks out in apartment on Coddington Road