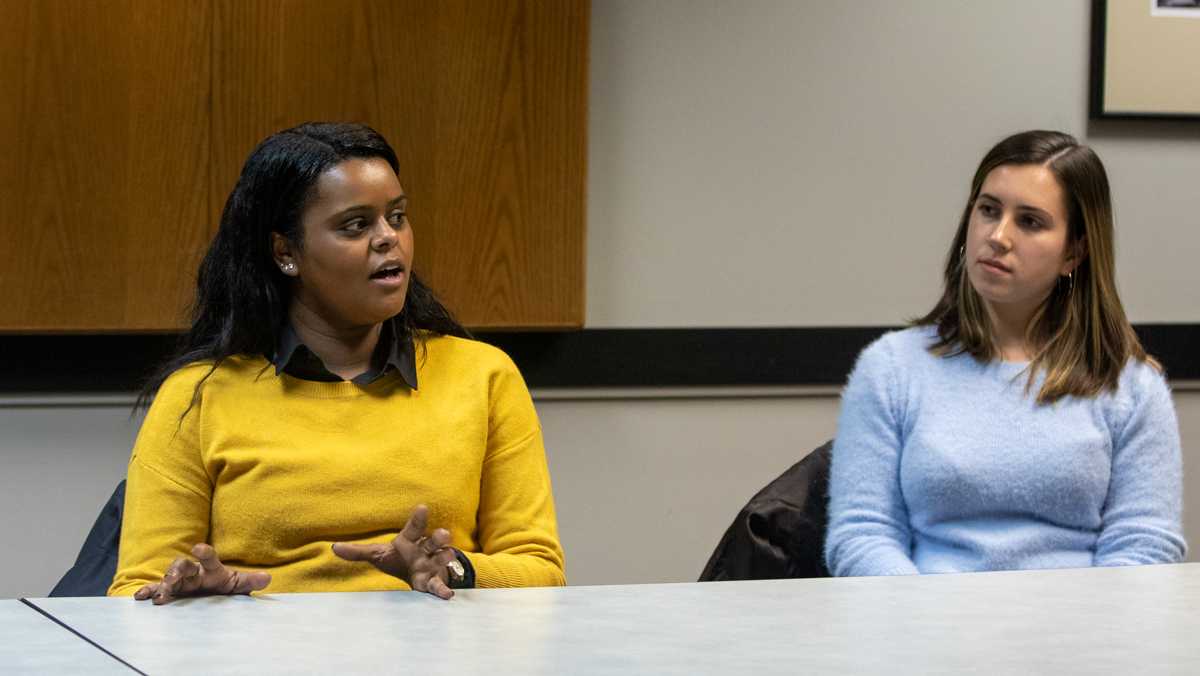 Simha Tamano, Morris J. Escoll Israel Fellow for Cornell University Hillel, spoke about the history of her native community of Ethiopian Jews at an event hosted by Hillel at Ithaca College on Nov. 27.

The talk was the second of Hillel at Ithaca College’s Global Faces of Judaism series, organized to spread the stories of international Jewish individuals, said Austin Reid, Springboard Innovation Fellow for Hillel at the college. Approximately 12 people attended the event.

Tamano told the story of the Aliyah — the migration to Israel — that was started by the Ethiopian Jewish community in the 1980s that continues this day. She also spoke about the transition the community is currently undergoing in Israeli society.

The Ethiopian Aliyah came in waves, Tamano said. Ethiopian Jews received legitimate recognition by Israel in the 1970s, and motivated by Ethiopian political strife in the 1980s, thousands of Ethiopian Jews left their homes behind and traveled to Israel through neighboring Sudan, Tamano said. Before entering Israel, however, the emigrants were forced to linger in camps as Israel processed them.

The struggle of the walk to Israel is a lingering memory in the community’s history, Tamano said.

“To this day, you can hear people talking about it,” she said.

Then, after further strife in the 1990s upset Ethiopia, Israel made an effort to airlift a mass number of Jews remaining in Ethiopia to Israel directly. With good intentions and respect for the tight-knit village communities of Ethiopia, Israel organized neighborhoods populated with only Ethiopians, Tamano said.

This decision stunted the integration of the new population into Israeli society, Tamano said. Separated, the Israeli government and society began to raise questions about the legitimacy of the Ethiopians’ Jewish identity.

Tamano said that before undertaking the compulsory military service required by Israel, Ethiopians were formerly singled out and given special pre-orientation on integration before joining the wider military. She said she thinks this pre-orientation did more harm than good.

“The army is like a melting pot of all Israeli society,” Tamano said. “Saying to the Ethiopian young people, ‘Okay, hold on, you should have a special program before you join the others.’ It says something to them.”

In a past role interning with the Israeli House of Representatives, Tamano spoke about current efforts by Israel to bring Ethiopians into the wider Israeli community by providing scholarships, mortgage aid and army recruitment efforts. Many Ethiopians are wary of schooling, Tamano said. The scholarships are designed to show Ethiopians that education is achievable.

“A lot of young Ethiopian Jews don’t see themselves going to university,” she said. “It seems so far away.”

With a new generation of Ethiopians now born in Israel, Tamano said, first-generation parents struggle to support the modern problems their children are facing in the society. Many parents are illiterate and have not attended school, leaving them ill–equipped to understand the experiences of their children who serve in the military or attend school or universities, Tamano said.

Reid organized the speaker series and invited Tamano to speak. Reid said he appreciated that the event gave perspectives about where Jewish communities can originate from worldwide.

“Sometimes I feel like, that here in the United States, America’s Jewish community comes from, predominantly, Eastern Europe,” Reid said. “So, I think it’s really great when people see that Jews aren’t just based in Europe or from Europe.”

Sophomore Luis Valderrama attended the event to explore a different conception of Judaism. Valderrama is currently in the process of converting to Judaism.

“I want to learn more about Jewish experiences that aren’t as represented in the U.S.,” Valderrama said. “I think it’s important to talk about other communities and other experiences.”

The event included a sampling of injera, an Ethiopian dish of spongy flatbread served with a variety of spices and vegetables. Tamano said she was happy to see attendees enjoying the food.

Reid said the next talk in the series is to be held in February and will be about the Jewish community in China. Specific details pertaining to the event are still being planned.

Cornell professor shares story about being Jewish in Egypt