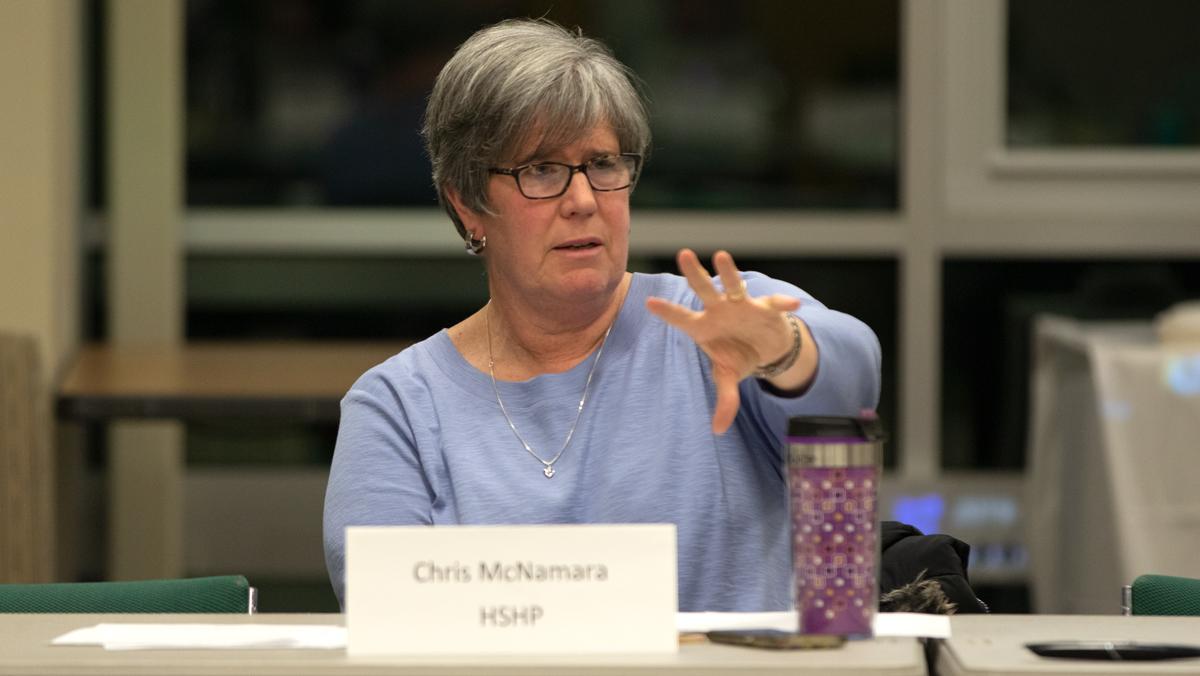 The Ithaca College Faculty Council is planning to hold a town hall to discuss alternatives to faculty cuts during its Nov. 10 meeting.

Dyani Taff, lecturer in the Department of English, brought up the issue of faculty cuts, saying she wants the college to make sure that cutting faculty positions is the right decision for the future of the college. La Jerne Cornish, provost and senior vice president for academic affairs, announced during the Faculty Council meeting Oct. 6 that approximately 130 full-time equivalent faculty positions are expected to be cut. This is the result of the Ithaca Forever Strategic Plan, which has been accelerated because of the COVID-19 pandemic’s effects on the college’s finances.

Taff wrote in the Zoom chat that she is concerned about her position being cut and encouraged a conversation among the deans, Cornish, faculty, staff and students about what effect faculty cuts will have on the college community.

The FCEC previously criticized the college for the abruptness of the faculty cuts. The Academic Program Prioritization Implementation Committee and the Academic Program Prioritization Advisory Committee will recommend the departments and programs to be discontinued, consolidated, reorganized or grown by Dec. 31. The recommendations will be reviewed by the deans, faculty, program directors, Cornish and President Shirley M. Collado, and final decisions will be made by the end of February 2021. The college denied the FCEC’s request for the academic program prioritization process to be extended, saying it is not financially feasible to delay the process.

A group of faculty, staff, students, alumni and community members wrote an open letter, dubbed #OpenTheBooks, requesting increased transparency from the college regarding program and faculty cuts. The letter also asks the college to make its financial information publicly accessible.

Phil Blackman, assistant professor in the Department of Accounting and Business Law, said he wants to hear more about the college’s plan to increase revenue so it would not have to decrease as many costs. Blackman questioned what the Division of Institutional Advancement is doing to increase philanthropic support and how the college is trying to raise admissions. The college’s admissions numbers dropped from 6,101 in Fall 2018 to 4,957 in Fall 2020, according to the Office of Analytics and Institutional Research (AIR).

Blackman said it is important to ask these questions to defend faculty members who are at risk of losing their jobs.

“How I feel about this, I can save for conversations later,” Blackman said. “I just know Dyani is here and she’s very worried. She’s an early–career professional. She put a lot of time and effort into developing herself as an academic, and she’s here pleading for her job, and it’s incumbent upon us to actually try to take that seriously.”

The council debated whether the conversation should be held in executive session and held a vote. The motion failed with nine people voting to go into executive session and 19 voting not to. Those in favor of a private conversation argued that faculty members need a private space to discuss personal concerns. Jennifer Spitzer, associate professor in the Department of English, suggested having an anonymous forum for these faculty members to express their concerns without fear of putting themselves at risk of losing their jobs.

“I would also love if the FCEC would field responses from contingent, continuing and junior faculty,” Spitzer said. “Some of whom I’ve spoken to feel terrified to speak at this point so much that even having a conversation can feel endangering.”

As stated in Section 4.9.8 of the Ithaca College Policy Manual, terminations resulting from the discontinuance of a program will be done in the order of part-time per-course faculty, adjunct faculty, faculty employed by term appointments, non-tenure-track faculty, tenure-eligible faculty and tenured faculty.

The Faculty Council also discussed options for tenure-track faculty members to delay their tenure review because of the unexpected transition to remote learning in Spring 2020. Faculty will be able to delay the review process until next year.

Taff said it is encouraging to hear that the Faculty Council is willing to have a conversation about job losses despite some faculty members’ hesitation to discuss the cuts.

“It’s heartening to me to hear folks willing to talk right now,” Taff said. “There’s been so much silence and fear on campus and that’s been really hard especially because we are losing our jobs, and there aren’t any other jobs to apply for. I just want us as a community to think about what we lose beyond the budget when we make cuts to our staff and our faculty.”