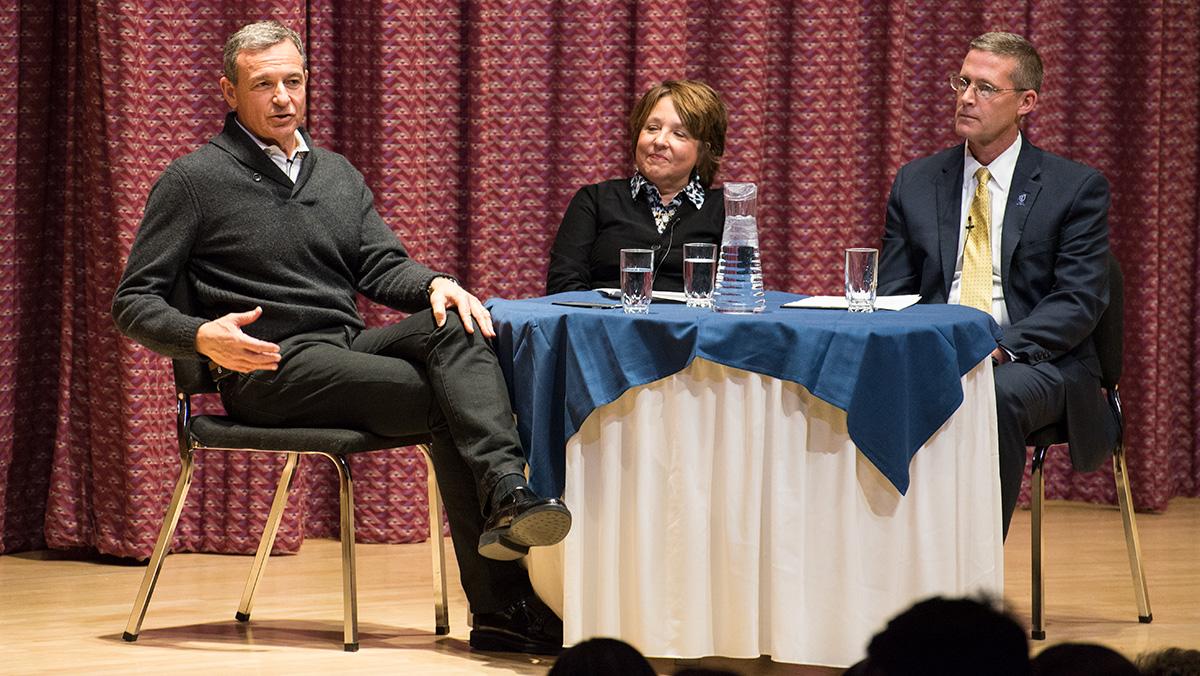 Ithaca College alumnus and CEO of the Walt Disney company Bob Iger ’73 is facing scrutiny for his role as a member of President Donald Trump’s Strategic and Policy Forum.

An online petition on SumOfUs.org is calling for Iger and the other 18 members of the forum to “publicly demand that President Trump rescind his immoral and illegal immigration policy and end your collaboration with his dangerous administration.” After Trump’s immigration executive order barring citizens of seven Muslim-majority countries from entering the country, protests broke out across the country.

Iger, an honorary member of the Ithaca College Board of Trustees, has not commented on the immigration executive order. Only two CEOs on the forum have: Uber technologies CEO Travis Kalanick, who supported a letter of opposition his employees crafted, and Elon Musk, CEO and Chairman of SpaceX and Tesla Motors, who urged his followers to suggest amendments to the order.

Neither Disney nor Iger responded to a request for comment on this story.

According to a statement from Trump’s transition team, the forum was created to frequently meet with the president to offer input on how “government policy impacts economic growth, job creation, and productivity.” The forum includes several former and current CEOs of major corporations, including General Motors, JPMorgan Chase & Co, SpaceX, Tesla Motors and Uber Technologies.

When the forum was announced in December, Iger said in a statement that the forum “provides a non-partisan approach to key economic policy issues.”

During the 2016 campaign cycle, Iger solely donated to Democratic organizations and candidates. He also was a member of President Barack Obama’s Export Council, which served as the president’s principal national advisory committee on international trade.