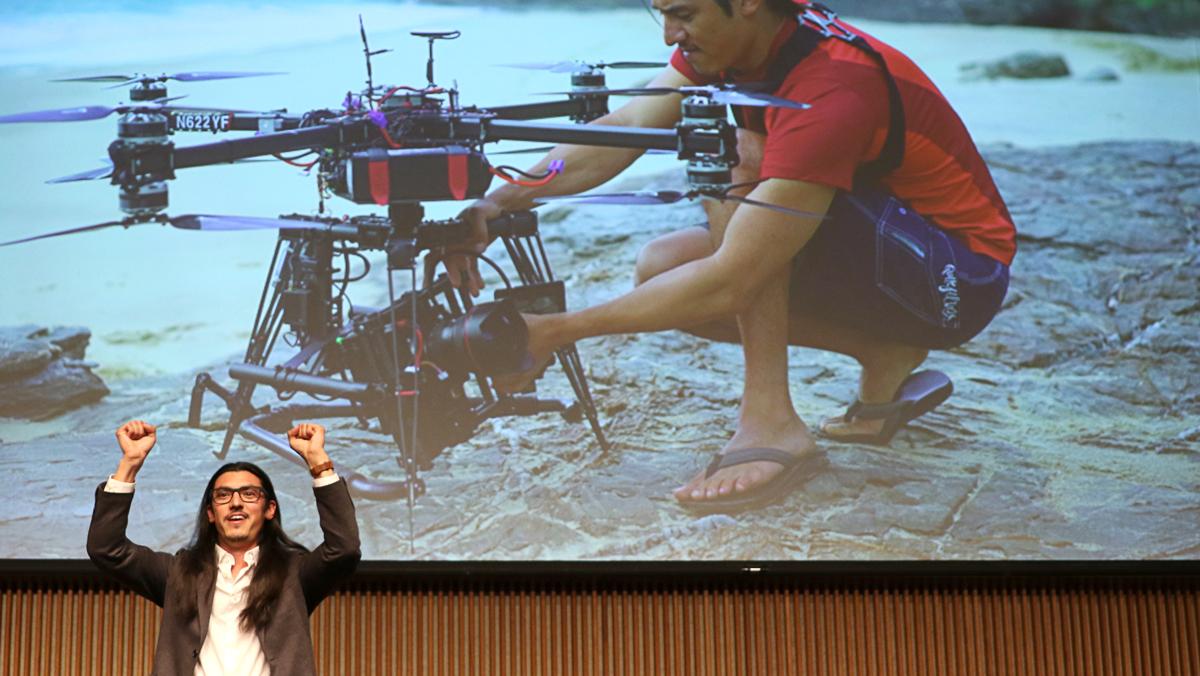 Filmmaker Jeff Orlowski came to Ithaca College on Sept. 12 to speak to the campus community about his films and how they have sparked climate activism across the country.

Orlowski is a cinematographer and founder of Exposure Labs, a production group that focuses on creating films about social issues like climate change. He has created two films, one titled “Chasing Ice,” which won an Emmy and an award at the Sundance Film Festival, and another film titled “Chasing Coral” about dying coral reefs around the world. Orlowski gave the presentation to an audience of over 300 people in the Emerson Suites.

At the presentation, Orlowski discussed how his works have impacted discussions on climate change. His first film, “Chasing Ice,” focuses on melting glaciers in Greenland. Orlowski said that he did not plan on becoming a climate activist when he started the project but that he fell into the role through volunteering.

Orlowski said that during college, he would volunteer to help friends on film shoots. He said one of these friends happened to be friends with James Balog, a climate change photographer. Orlowski said his friend helped connect Balog and Orlowski, which lead to his interest in climate activism.

Orlowski emphasized the importance of volunteering to help others with their projects.

“The value of volunteering at this stage of where you guys are, … if you can take that time and opportunity now, … you have this time period to set up a really strong foundation for you,” he said. “It was my mentor, who connected me to [Balog], that got me to this place in Iceland during my senior year of college.”

Orlowski explained how the films impacted audiences and had the ability to change perspectives. He showed a video of a woman who went to one of his films to heckle because she was not a believer of climate change. After viewing the film, she left believing in climate change.

Orlowski said that when screening films in different areas of the country, he encourages viewers to write messages to their state representatives regarding climate change issues. Orlowski played another video showing the success of these campaigns, like when the South Carolina House of Representatives and Senate voted to legislate a renewable energy bill, the Energy Freedom Act, in 2019.

Orlowski said he likes to show his films in areas of the country that may not normally have exposure to these issues.

“We are thinking about other places that are politically up in the air,” he said. “For us, it’s identifying places that we think are interesting that will resonate with these stories.”

Cornell senior Shivanie Rambaran, who saw both “Chasing Ice” and “Chasing Coral” prior to the presentation, said it was a dream to meet Orlowski.

“I’m so in awe,” she said. “He’s a great speaker, and he’s very motivational, too. I’m already inspired, but every time I hear him talk, I get more motivated to do the things that I’m doing.”

Freshman Matt Mahmet said that he did not know who Orlowski was before the presentation but that he left inspired by Orlowski’s words.

“The things that he suggests and the way he goes about all these climate change things, he’s a genius,” Mahmet said. “I think he’s really fantastic and uses unconventional methods to make his point.”

Orlowski said he hopes the students just getting started in the film and activism industries take a special interest in storytelling.

“Everybody has a different story to tell, both based on one’s background, life experience, where they come from, and also the stories that are meaningful and important to them,” Orlowski said.

Correction: Shivanie Rambaran is a senior at Cornell University, not a freshman at Ithaca College as this article previously stated. The article has been changed accordingly.