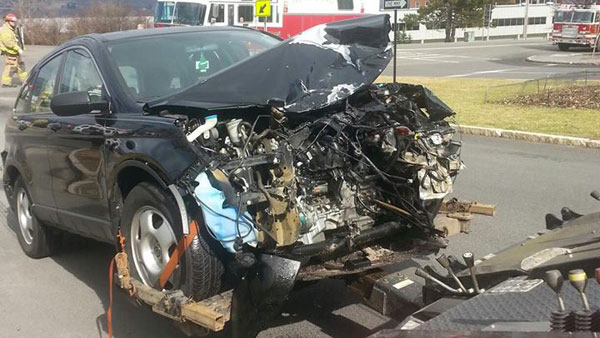 The Ithaca Fire Department and Bangs Ambulance responded to reports this morning of a car accident on Danby Road near the Ithaca College entrance. According to the Fire Department, the crash occurred between 9 and 10 a.m. and involved two females, who both sustained injuries.

David Maley, associate director of Media Relations at the college, said one driver involved in the crash was a student, but her name is not being released at this time.

According to the Fire Department, the student was transported to the Cayuga Medical Center, while the other driver was taken to Robert Packer Hospital in Sayre, Pa.