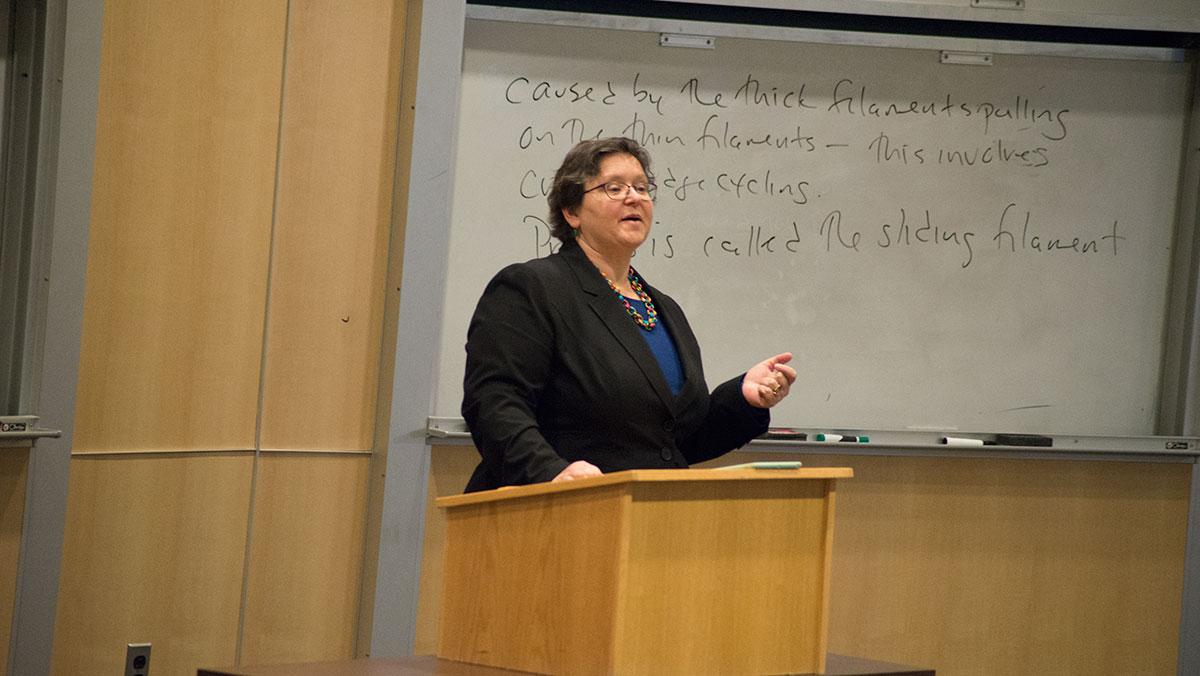 The first of four candidates for the permanent provost and vice president for educational affairs position at Ithaca College visited campus on Dec. 2, meeting with the administration as well as faculty, staff and students to outline what her plans for the college would be as provost.

Beth Rushing, vice president for academic affairs, dean of faculty and professor of sociology at St. Mary’s College of Maryland, is one of the candidates to replace former provost Marisa Kelly, who left the college on May 31.

At a meeting open to faculty, staff and students in Textor 102, Rushing fielded questions from the campus community members about her plans for specific aspects of the college and outlined her thoughts on the college as a whole.

Rushing said one of her main priorities as provost would be to continue the structural changes already taking place at the college, citing the continued implementation of the Integrative Core Curriculum as one change at the college she believes will increase the quality of education.

Rushing praised the changes at the college, saying they put the campus on the path toward establishing a more holistic approach to education.

Rushing said she feels the college is on the right path to providing students with a deeper education. However, she said the changes taking place at the college won’t come without challenges.

Rushing said one of the issues she would be prepared to deal with is the implementation not only of structural change at the college, but also cultural change.

“You can create a structure… but if the culture doesn’t go along with it, if the way that people interact, the norms, the expectations, and the behaviors don’t shift with the structure, you’re not going to achieve your goals,” she said.

Integration of faculty and staff

One of the aspects of the cultural change Rushing talked about was her desire to bridge the gap between faculty and staff. She said to create an effective college environment, it is essential for both groups to work collaboratively.

She said often times in her experience, faculty and staff are not thought of as complementary. Changing that mindset is one of her top priorities, Rushing said, although she acknowledged such a shift is not easy.

“It requires a different kind of engagement… it requires working together and sometimes that’s more difficult than working alone,” she said.