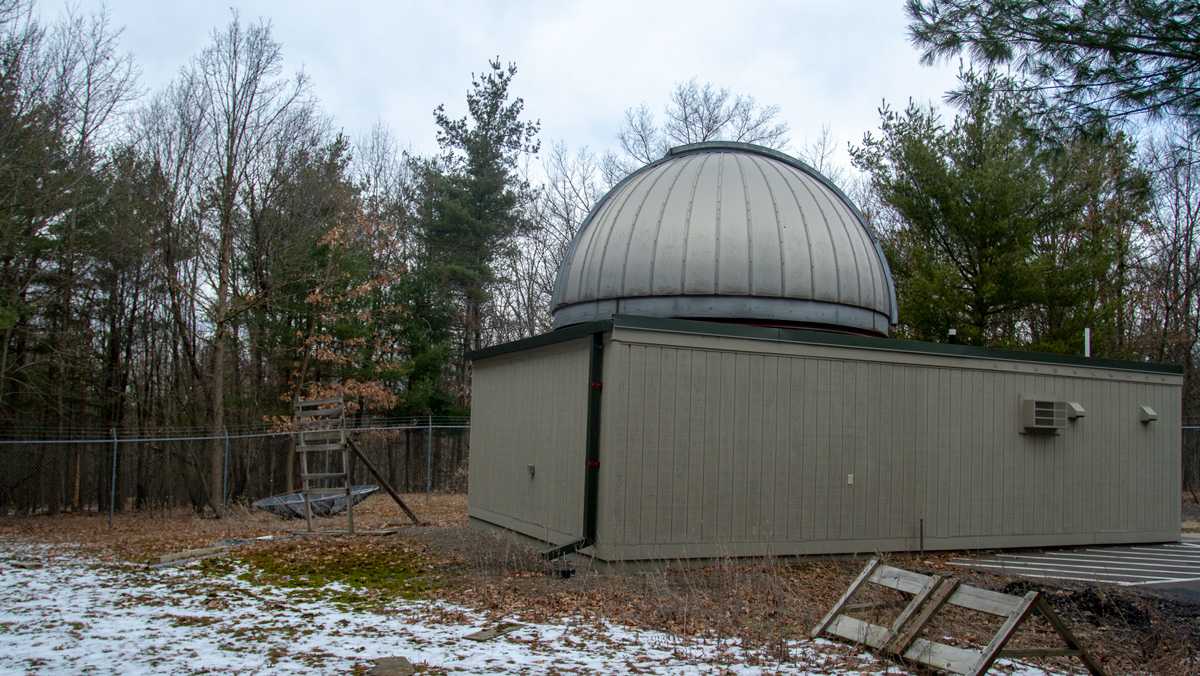 Jackie Marusiak/The Ithacan
After a harsh winter, the Clinton B. Ford Observatory fell into disrepair. Before anyone can evaluate the damage, the Ithaca College Office of Facilities has to remove rodents.
By Sam Haut — Senior Writer
Published: September 10, 2019

The Clinton B. Ford Observatory, used by students of Ithaca College and the greater Ithaca community, became unusable during the winter of 2018, and it is unclear when it will be operational again.

Luke Keller, Dana Professor in the Department of Physics and Astronomy, said the recurring issue is that mice came into the observatory during the cold winter months and chewed through the wires. While most years the damage  is not too extensive, the damage done during the winter of 2018 was not something that could be repaired as easily and will most likely need more work and materials to get the observatory working again.

The observatory was built in 1998 with funds from Clinton Ford, the National Science Foundation and Ithaca College. Keller said the observatory has been utilized by students of the college for astronomy classes and research projects for physics majors. Keller said there are no classes scheduled this year that would use the observatory because it is easier to use multiple smaller telescopes than make the trek to the big one inside a confined space. People in the greater Ithaca community also come to public nights, which are held a few times a semester, weather permitting. The observatory is located in the Ithaca College Natural Lands, so it can be free from light pollution.

Matthew Price, associate professor in the Department of Physics and Astronomy, is unsure of the exact problem. Price said there are many issues with the observatory, from mice to wasps, that need to be addressed before he can find out what the specific problems are.

“Mostly what we’re doing now is just repair and maintenance that need to happen every year and then we’ll assess the deep maintenance,” Price said. “Whether there is something that’s a simple repair or whether there’s something that needs to be replaced. At this moment right now, it’s more of a health situation.”

Price took over the volunteer position of looking after the observatory this summer after the previous caretaker, Daniel Briotta associate professor in the Department of Physics and Astronomy, retired.

Price said an exterminator is coming to deal with the mice problem, but in the meantime the observatory is unusable because the motor that turns the telescope does not work. But after the rodents have been cleared from the building, Price said it could be anywhere from a day to several months before things are working again, as he does not know the extent of the problems.

Price submitted the request to deal with the mice on Aug. 27, and facilities came in to place bait and traps on Aug. 29. Facilities will come in to check on the mice every Monday and Thursday until the mice are gone. Facilities said the work order was closed on September 9, as they found no evidence of mice after several days of placing traps. Keller said Price will visit the observatory within the next week to understand the problem with the telescope.

Price said he is confident funding will not be an issue and, depending on the issue, he might already have materials he needs to fix the problem.

“I have every confidence that whatever I need to do to get the observatory back up and running on a regular basis, I can get,” Price said.

Keller said he believes the damage done to the observatory will take a whole year to fully address, due to various issues with the building and telescope and may take thousands of dollars to fully repair. As far as funding is concerned, Keller said money to fix the telescope comes through the physics department, which gets thousands of dollars from the School of Humanities and Sciences to be able to get new equipment or fix outdated machinery.

Senior Mia Manzer, who started working on the observatory with Price over the summer, said that  in addition to the motor being broken, the observatory also needs updated software for when the telescope is usable again.

Regardless of how long it takes for the observatory to be finished, Manzer said she is hoping to start up an astronomy club in the meantime, so that once the telescope is repaired, people will be there regularly enough that it will not fall into disrepair.

Professor and students collaborate at NASA