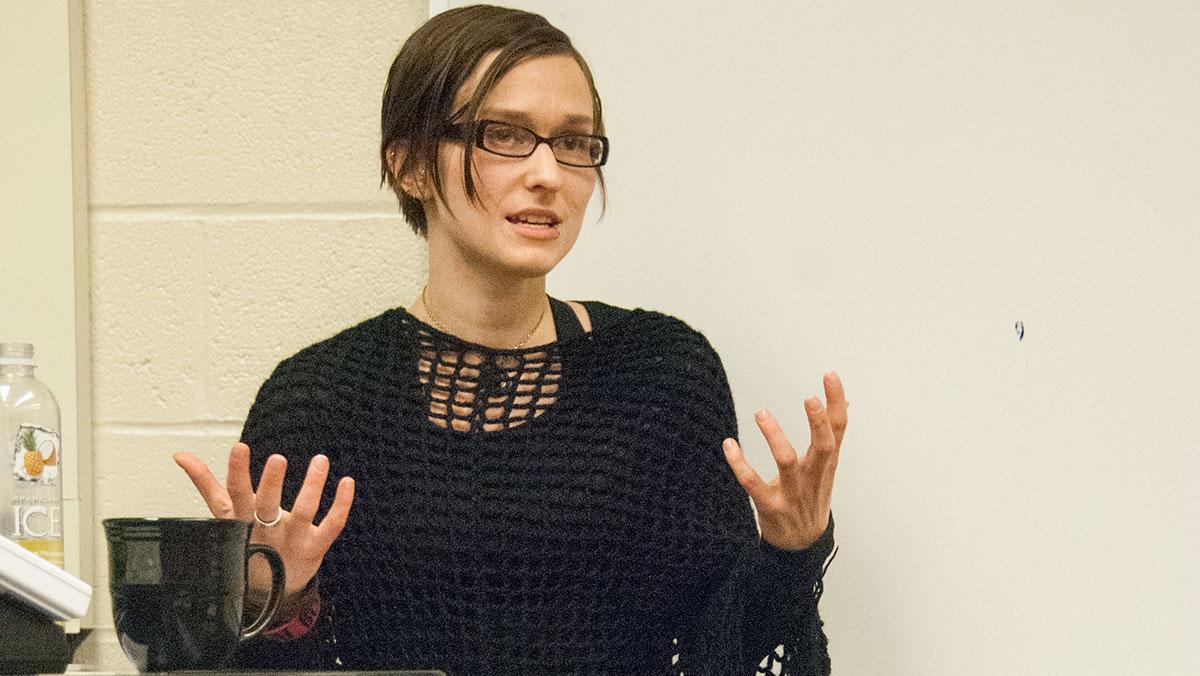 Keri Blakinger, a senior at Cornell University, has recently come off her two-year parole after serving 21 months in county and state facilities for charges of heroin possession worth $150,000 in 2010.

On Dec. 8, Blakinger spoke in Friends Hall 207 at a discussion hosted by IC Books Thru Bars, a student organization dedicated to providing free books to those who are incarcerated in the State of New York, about her personal experiences inside a women’s prison.

Junior Elba Morales, president of IC Books Thru Bars, said people have become desensitized about their perception of the prison system as a result of television shows like “Orange is the New Black.”

“This past Halloween, everyone was dressed as an inmate because everyone thinks it’s funny, and they think they have this idea of what it is, but in reality that’s not at all the experience of the average person,” Morales said.

Blakinger began the discussion with a short reading of her book, “IV League,” to give a brief background into her case.

Blakinger said quitting professional figure skating led to her experimenting with drugs at the age of 17. After several years of drug abuse, Blakinger got sober before transferring to Cornell University in the spring of 2007 at age 22, but at the end of her first semester Blakinger jumped off a local bridge, which resulted in her relapsing. In her final semester of senior year, Blakinger was arrested and sent to Tompkins County Jail.

Blakinger said spending her first night in the state prison and witnessing how the prisoners were treated was a wake-up call.

“I had gone through the looking glass,” she said. “I had entered a world in which there are no rules and abusive power is the norm. When you’re in prison, it’s not difficult to remember that you’re not in the real world.”

Sophomore Claire Cahoon said listening to Blakinger gave her a new viewpoint on the justice system.

“She isn’t the lower-class stereotype you expect from prison, so it was a perspective that I related to,” Cahoon said.

Blakinger said when she entered the prison system she tested positive for Hepatitis C, but didn’t receive the appropriate care to accommodate the side effects she suffered.

“I had a full body rash, I was just bright red and bumpy all over, and it took them two months to figure out what was wrong,” Blakinger said.

Blakinger served her sentence in different county and state facilities, including Bedford Hills Correctional Facility. Blakinger said most of the women she met there were testing at fourth- and fifth-grade reading scores.

“I was shocked at how undereducated these women are and how badly the public education system failed them,” Blakinger said.

Blakinger said she attended several educational classes to satisfy her desire for learning, but her options were very limited. She said the classes provided a more positive atmosphere than other aspects of prison life.

“It was one of the times I looked forward to each week because you’re dealing with a non-correctional officer who actually treated you like a human for an hour or two,” Blakinger said.

After being released from jail, Blakinger returned to Tompkins County to finish out her parole where she started working as a journalist for the Ithaca Times and returned to her studies as an English major at Cornell.

Knowing the importance of education in jails, Blakinger said she will be starting a journalism class Dec. 12 in the Tompkins County Jail to further educate inmates. Four years after her arrest, Blakinger said graduating from Cornell on Dec. 20 will be a huge achievement.

“On the same day that I celebrate four years sober, I will finally be able to walk across the stage and get my diploma,” Blakinger said.