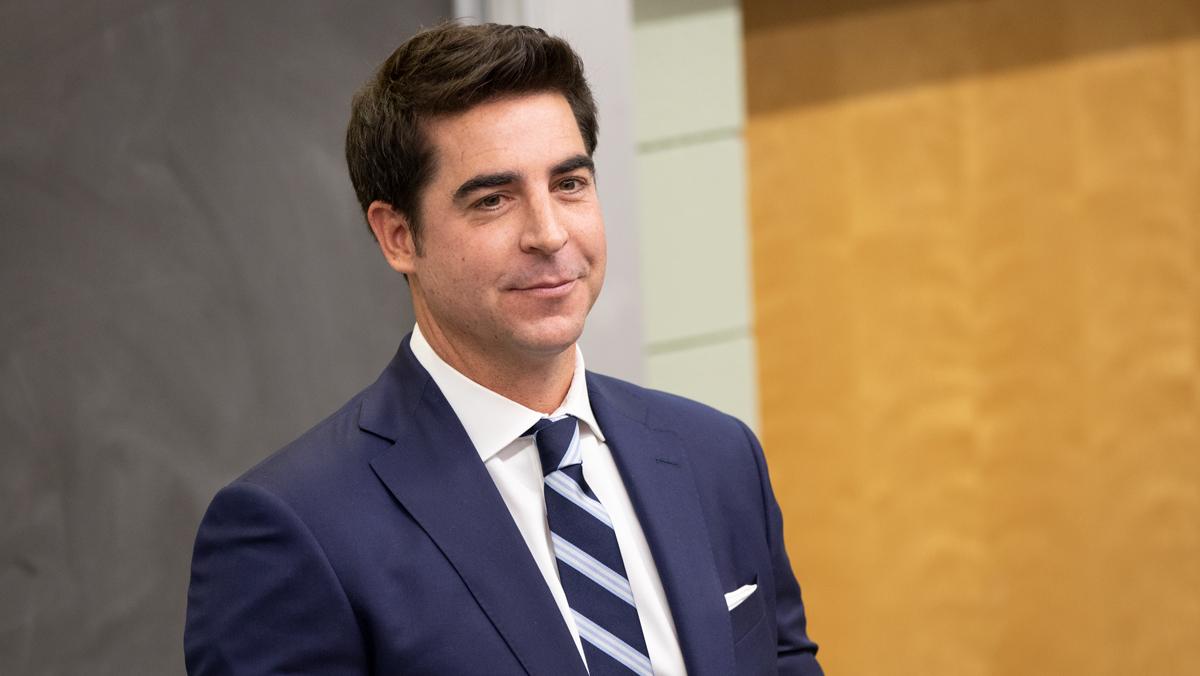 Jesse Watters, Fox News political commentator, spoke on April 12 at Ithaca College about his time at Fox and how President Donald Trump has changed the political landscape.

The Ithaca College Republicans and the Young America’s Foundation, an outreach organization for the conservative movement, hosted Watters to talk about American exceptionalism and the idea that America is a uniquely free nation because of its personal liberty and democratic ideals, followed by a Q&A session with the audience of about 90 people. An officer from the Office of Public Safety and Emergency Management was posted inside the event, with two more stationed outside the event room.

Watters talked about how he got his start at Fox News, following the lead of Bill O’Reilly on what stories to work on. Before getting to the Q&A segment, Watters recounted the rise of Donald Trump and how Trump got from announcing his presidency to winning the election, along with a few personal moments Watters had with Trump.

Watters said the reason both Trump and Fox News excel is because of the opportunities afforded to them by being in America.

Watters said his proudest moment at Fox was covering the implementation of Jessica’s Law, which requires a mandatory minimum sentence of 25 years for first-time sex offenders and has been passed in 45 states. Watters worked for 10 to 15 years covering stories on sex offenders, ambushing governors, judges, senators and anyone he saw who was carrying out injustice.

Watters said Trump has changed the Republican Party into one that is more nationalistic and less fiscally conservative.

“There’s obviously a lot of people in the Republican Party that don’t care about spending anymore,” Watters said. “We’re going to protect South Korea. We’re spending billions protecting them from North Korea, so let’s get a better deal on trade. He’s kind of like a racketeer: You pay for protection.”

Senior Caleb Slater, president of the IC Republicans, said the event was advertised as Watters’ talking about American exceptionalism but featured less of that than he thought.

“The topic was American exceptionalism, and he did talk about that toward the end of his presentation, but he really started off more on a different flow,” Slater said. “I would imagine that one thing people would have liked would be for him to talk more about the topic. It wasn’t necessarily the topic we pitched or the topic we had been advertising.”

Slater said that despite the different topic, Watters still gave an interesting talk.

“I think that this college has been really good for that, by allowing certain groups to bring these speakers, whether or not we agree with them or not,” Staffins said. “Why do we come to college if not to hear other ideas?”

Community member Chase Yarns said he was surprised that Watters did not talk about what was advertised for the event, but Yarns said he enjoyed it regardless.

During the Q&A segment, those asking questions were told to raise their pointer finger if they had a different opinion, which was done by a few of those who asked questions. Slater originally wanted to have a line form in front of a microphone, with those with different opinions moving to the front, but technical difficulties prevented that from happening.

A few days before the event, its Facebook page received a lot of attention for an argument in the comment section over bringing Watters to speak at the college. Senior Robert Mantell was against Watters coming and wanted to get the college to speak out against the kind of rhetoric that Watters had promoted in the past.

One segment involved Watters approaching people on the streets of Chinatown in New York City and asking them racially charged questions. During the event, Watters was asked about that segment and took the time to apologize to those that were upset by it.

Mantell said it was a bad idea for the IC Republicans to bring in Watters to speak to the college.

Yarns said he thought there would be more of an uproar with Watters’ coming to campus but liked having more conservative voices present.

“I definitely think it’s good for conservatives to come on campus,” Yarns said. “I was shocked. It didn’t seem like there was any controversy. It was nice to have a conservative point of view out there.”