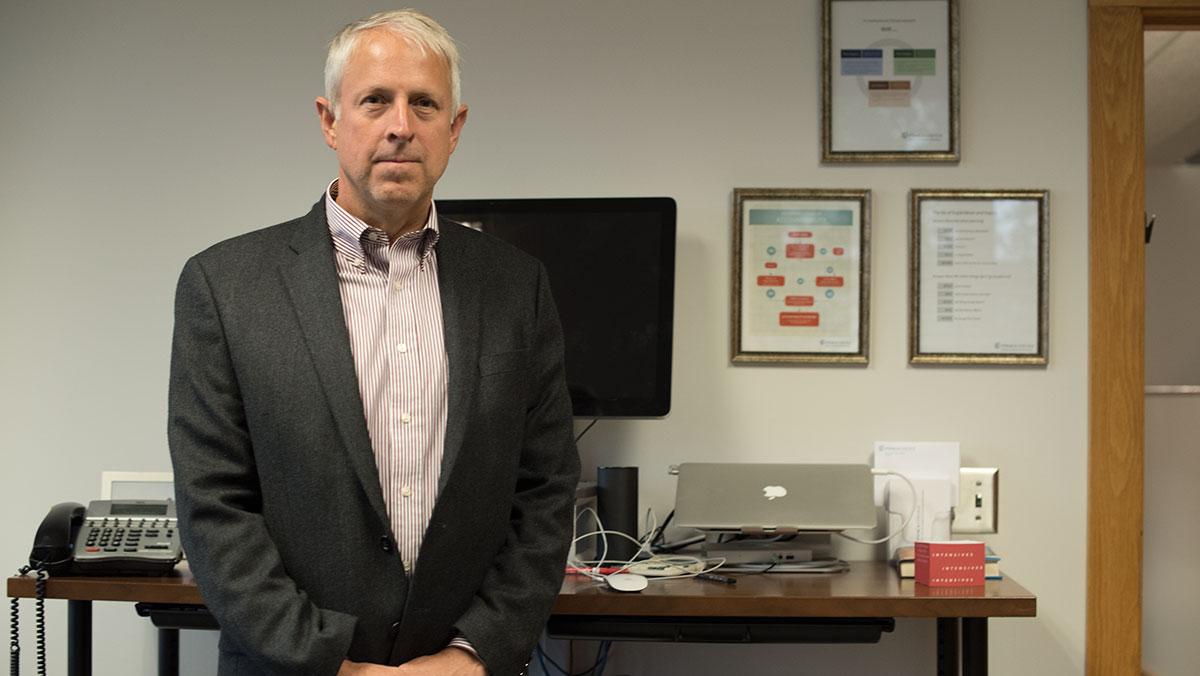 Fundraising at Ithaca College has increased significantly by 74 percent from 2014 to 2015, due to a couple of significant private donors.

Chris Biehn, vice president for institutional advancement and communication, said this increase was caused by large donations from several private donors. According to data from the Council for Aid to Education, these large donations include a donation of over $8.4 million from a foundation and another of over $1.8 million from a living individual in 2015.

Gerald Hector, vice president for finance and administration, said donations to the college made up about 3 percent of the total revenue in the fiscal year of 2015. 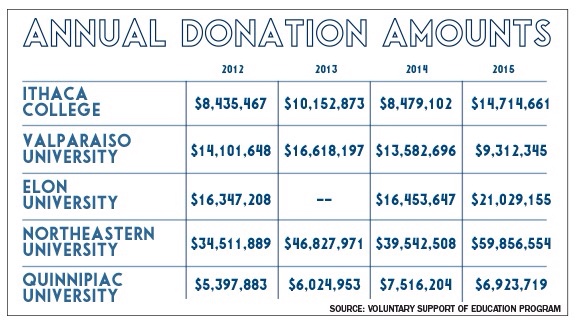 Biehn said that in 2015, 66.5 percent of donations came from foundations and corporations, the majority of the remaining 25 percent — equal to $1.8 million — came from alumni and supporters. He said while the college wants to continue receiving donations from both groups, the college would particularly like to raise donations among alumni.

Despite this progress, Hector said, in his mind, an institution of the college’s age should be getting more, but Biehn and his colleagues are working to make it better.

Biehn said the college raises money through mass appeals like calling and emailing alumni, posting giving challenges on Facebook and through an individual approach by asking people to establish scholarships and funds. However, the main concept the college is working toward when it comes to fundraising is engagement.

Biehn said building engagement starts with students while they are at the college and gives them experiences that show the importance of alumni support, encouraging them to decide after graduation if the college is worth their donation.

Biehn said the IC Annual Fund has grown from $884,099 to $1.8 million in the last four years and that the fund is a stable base to finance the college every year.

In 2015, the college had a giving day, which also helped increase donations. Biehn said approximately $735,000 were raised in one day, with alumni accounting for 60 percent of total donations. Of the alumni donors, 35 percent were young alumni, most of whom were from the Class of 2013, Biehn said.

Biehn said all of these efforts are part of a comprehensive campaign that began in 2013 and ends in 2020. He said the goal is to raise $150 million and increase long-term philanthropy and engagement at the college, primarily raising money for the Annual Fund.

In comparison to other colleges and universities from the fundraising peer group that the Office of Institutional Advancement uses, the college is near the median in terms of donations, according to data provided by the Council for Aid to Education.

Freshman Denê Conde said she would not consider donating to the college because of the amount she is already paying and her belief that the college isn’t investing its money into the right outlets.

Senior Brendan Davis said he would be more likely to donate if he could control exactly where the money was going. Davis, a member of the men’s track and field and cross–country teams, said he would donate to the athletic program, as it has been such an important part of his time at the college.