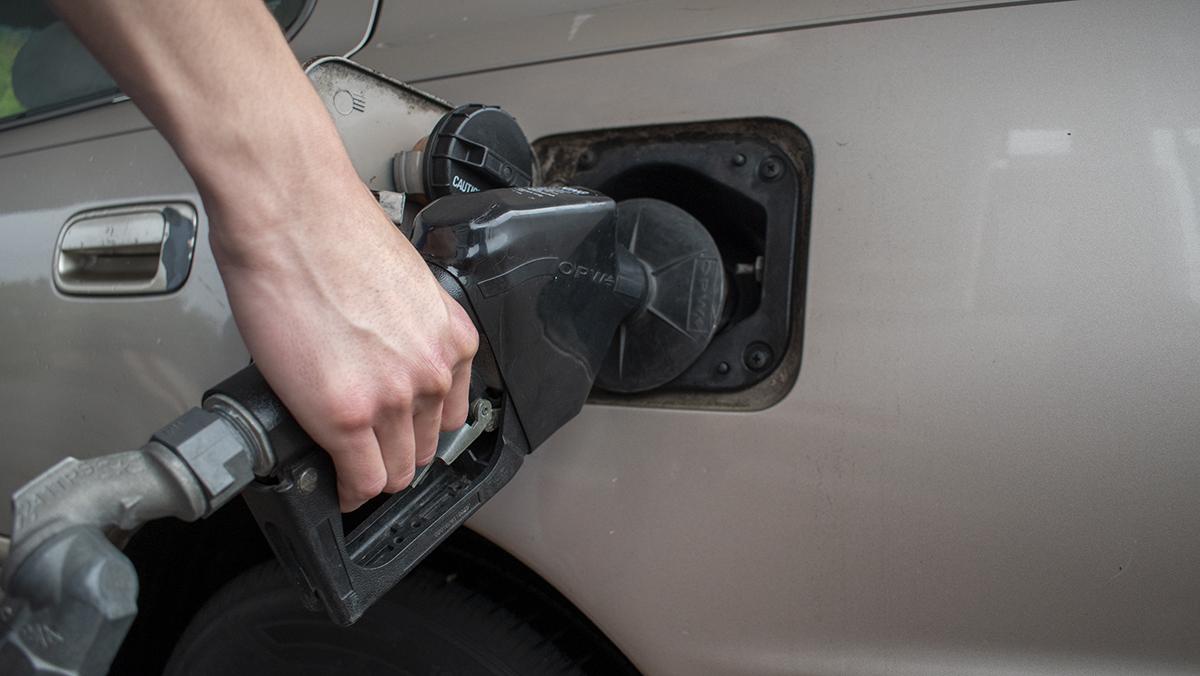 Elijah Cedeño/The Ithacan
Gas prices in the City of Ithaca have been consistently decreasing since June 14, 2022, but students and staff at Ithaca College have mixed reactions as prices have the chance of rising again.
By Dylan Albert — Contributing Writer
Published: September 14, 2022

Gas prices in the City of Ithaca have been consistently decreasing since June 14, 2022, according to AAA, but students and staff at Ithaca College have mixed reactions as prices have the chance of rising again.

According to AAA, as of Sept. 14, the average price per gallon of gas in Tompkins County, $4.018, exceeds both the national average, $3.703, and the New York average, $3.858. According to the New York State Energy Research and Development Authorities, all of these averages exceeded the New York average price of gas per gallon at the end of 2021, which is $3.441. According to the Environmental Defense Fund, gas prices have been rising throughout 2022 as a result of minimal development of oil resources, sanctions imposed because of the war in Ukraine and high oil demand.

According to AAA, since June 14, gas prices have remained below the record high, national average of $5.02 per gallon June 14. President Joe Biden’s ban on Russian oil imports may cause gas prices to rise once again.

Senior Ethan Tuomala, who has had a car at the college since his sophomore year, said high gas prices have added stress to his college experience, especially when combined with other expenses, such as books and personal purchases.

“It’s already a struggle,” Tuomala said. “I work two jobs just to be able to be not insanely broke up here.”

According to the Ithaca College Academic catalog, the estimated cost of books and personal expenses for the 2022–23 school year totaled to $2,025. Tuomala said he had to take these costs into consideration and said that during the peak of COVID-19, he faced major monetary setbacks. Tuomala said he had eventually given up keeping track of his spending.

“Eventually I reached a point where I just stopped paying attention to the price,” Tuomala said.

Tuomala is not the only student to express concerns. Sophomore Luke Kubeck said he has had his car on campus since the beginning of Fall 2022 and has already started to plan ahead on his spending.

“This affects everyone,” Kubeck said. “I have even started to cut back on certain items when shopping [that] some even could consider necessities.”

Kubeck said the consistently decreasing gas prices have made him stop wondering about how he will pay for gas while driving in Ithaca.

“With prices lowering by the day, as of right now, it is a moment of peace that hopefully stays that way,” Kubeck said. “Things are finally starting to look up here at Ithaca.”

Although students at the college expressed concerns about their money management, Ari Kissiloff, assistant professor in the Department of Strategic Communication, said the Ithaca community should be grateful that gas prices are not as high as they are in other locations, like in London, England, and Oslo, Norway, where gas prices are at $5.79 and $6.27 per gallon respectively.

“Every time I see someone saying that gas prices are high, I chuckle thinking of my friends in London,” Kissiloff said.

Kissiloff said there are possible solutions the college can implement to assist students and faculty with adjusting to these constantly fluctuating prices.

“Ithaca College could be more proactive by allowing hybrid courses where a few times a week they meet in person and some days online,” Kissiloff said. “This is common at other schools and would allow faculty to reduce their commuting and students would not have to drive the .5 mile from the Circle [Apartments] to the red lots [on campus] to get to class.”

Kissiloff said he is only paying an extra dollar per gallon, which adds up to $75 a semester and $150 dollars a year. Kissiloff said he believes that this is not that big of a deal and that the community should not overreact.

“Hopefully our economy will be moving away from being dependent on fossil fuels, as this is the only long-term solution to this problem,” Kissiloff said.

Dylan Albert can be reached at dalbert@ithaca.edu