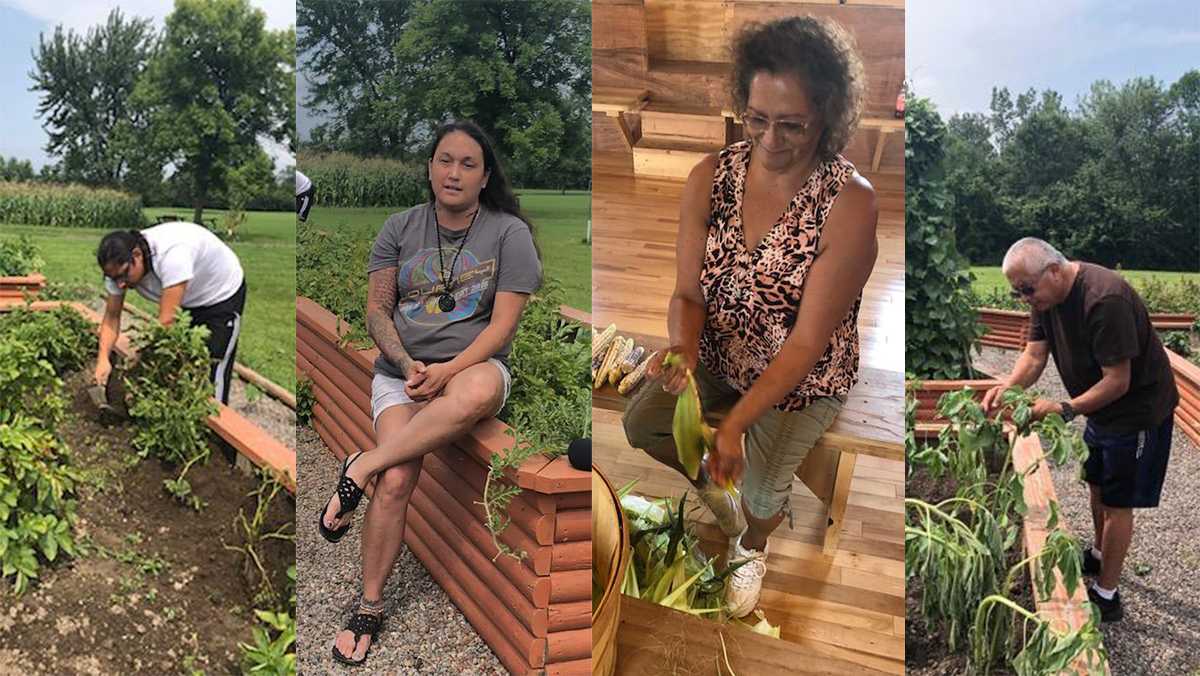 Courtesy of Rebecca Cutter/The Ithacan
The refusal to recognize the Gayogo̱hó꞉nǫʼ Nation as a sovereign people directly impacts the nation's ability to practice its ways of life. This includes farming, learning the Gayogo̱hó꞉nǫʼ language, educating children and making decisions with the Great Law of Peace.
By Olivia Stanzl — Assistant News Editor
Published: March 30, 2022

Halftown, who did not respond to a request for a comment, has enacted violence upon the Gayogo̱hó꞉nǫʼ Nation that includes the overnight demolition of longhouses, a daycare center, businesses, dwellings, gardens and fruit trees. Halftown is also attempting to evict Gayogo̱hó꞉nǫʼ people from their territory. Despite Ithaca’s council not yet ratifying the resolution to recognize the nation’s sovereignty, the Dryden Town Board did March 17 and became the first municipality in Gayogo̱hó꞉nǫʼ territory to pass a the resolution.

New York state and the Bureau of Indian Affairs (BIA) refusal to recognize the Gayogo̱hó꞉nǫʼ Nation as a sovereign people directly impacts the nation’s ability to practice its ways of life. This includes farming, learning the Gayogo̱hó꞉nǫʼ language, educating children and making decisions with the Great Law of Peace. The refusal also interferes with the rights of freedom of disruption and freedom of self governance.

Leanna Young, a Heron Clan citizen, said for around 13 years she has actively been involved in attempts to remove Halftown as the Gayogo̱hó꞉nǫʼ Nation’s representative. Young said Halftown ignored the Clanmothers, who are considered the eldest and most knowledgeable women of the clan and have the duty of appointing the chief of clans, along with other members of the clan. Young said that because Halftown is the federal representative, he has access to the federal funds.

“He took it as … ‘I control these accounts, I control the money, I control the businesses, therefore I control the people,’” Young said. “And it’s been hell ever since. If I’m being honest, it hasn’t gotten any better since those guys have taken the reins of the nation.”

The Gayogo̱hó꞉nǫʼ Nation has faced a history of violence, that dates back to America’s first president, George Washington. On May 31, 1779, Washington commanded Maj. Gen. John Sullivan to destroy settlements of the Six Nations.

The Gayogo̱hó꞉nǫʼ, which is the original, vernacular name for the Cayuga Nation, are members of the Haudenosaunee Confederacy, which also includes Seneca, Onondaga, Oneida, Mohawk and Tuscarora nations. The Gayogo̱hó꞉nǫʼ have five clans which signify family lineage: the Bear, Heron, Snipe, Turtle and Wolf. The Gayogo̱hó꞉nǫʼ Nation resides along the Finger Lakes region of New York next to Cayuga Lake, which Ithaca is adjacent to. It is found between the Onondaga Nation, near Syracuse, New York and the Seneca Nation near Buffalo, New York.

“Back in August, we had many hours of meetings, you know, Gayogo̱hó꞉nǫʼ citizens, and Chiefs, and that sort of led to this idea of setting up social media accounts and for non-Gayogo̱hó꞉nǫʼ folks to be organizing,” Halpert said.

On March 17 the Town Board in Dryden, New York passed a resolution that calls for the federal government to honor the traditional Gayogo̱hó꞉nǫ. The Gayogo̱hó꞉nǫ Nation reserves the right to govern itself with its own laws. The government has gone against the nation’s rule by continuing to label Halftown the nation’s representative.

The Dryden Groton Plus-Human Dignity Coalition, a local group that educates people on racism and inequity, brought the resolution to the Town of Dryden’s attention. Kathy Russell, a member of the coordinating circle of the coalition, heard about the resolution through emails from the “Halftown Must Go” resolution and informed her coalition of the issue.

“I was familiar with the resolution, and I thought, ‘We could probably pass that resolution in Dryden and I can bring it to the coordination circle of the coalition,’” Russell said. “So that’s what I did. And so first, the coordinating circle ratified it, and then we presented it to our membership and they ratified it as well. So we were ready.”

Russell said she first brought up the resolution to her coalition in January 2022 and it only took until March 17 for it to be ratified by the Dryden Town Board.

“I was absolutely ecstatic,” Russell said. “I was thrilled. And I was very, very proud of Dryden.”

Sachem Sam George, the Bear Clan Condoled Chief, said he was happy with the timing Dryden took to pass the resolution.  The role of Clan Chief is to act as the voice of his people. After individual clans meet and make decisions the Chief then brings the discussion to the Chiefs council meeting.

“I thought it was great that somebody didn’t waste a whole lot of time asking questions and just went ahead and did it,” Sachem Sam George said.

Patricia Rodriguez, associate professor and chair of the Department of Politics at Ithaca College, said she has been involved in tangential ways, like pushing for the resolution to be passed in the Village of Groton and bringing the issue to the college’s students’ attention by posting a petition to Intercom. Around 600 signatures of the petition showed support for removing Halftown as representative.

“Many folks are working on, including myself, to get other towns and surrounding local governments to also pass similar resolutions,” Rodriguez said.

She said those interested in helping the movement can send emails and letters to the Ithaca Common Council expressing their desire for the BIA to unrecognize Halftown as the Gayogo̱hó꞉nǫʼ representative.

Russell said the issue the Gayogo̱hó꞉nǫʼ Nation is facing stems farther than just the Ithaca area and is rooted in the the federal government, specifically the BIA.

“I think that we need to recognize that the Bureau of Indian Affairs is an oppressive bureaucracy, and so is the Department of [the] Interior,” Russell said. “They are continuing the travesty of interfering with the livelihoods of Native people. And this is one of the things that they’re doing right here in our backyards. And we can help. I mean human beings are being treated violently. They’re being threatened with eviction. Their whole lives are being interfered with.”

The Council of Chiefs and allies plan to organize a trip to Washington, D.C., in May to make demands for their human rights. The group intends to get the government to grant them their rightful sovereignty by removing Halftown.

“Really, at the heart of this situation, we are trying to get the U.S. government at all scales, to just be receiving a decision that’s been made within an Indigenous nation,” Halpert said.v