Ithaca College began tackling diversity issues yesterday with Talking Circles on Race and Racism, a series of dialogues with a select group of students on campus that will go on for five sessions. 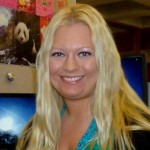 Borowski said interest in the chat increased during MLK Week.

The meetings, facilitated by the college’s Diversity Awareness Committee and the Town of Ithaca’s Multicultural Resource Center, are an attempt by the college to open discussion about race and diversity issues in the community. Though the MRC has been arranging community-wide circles since February 2007, this is the first time such a group has been arranged on campus.

Femi Ogundele, an admissions counselor at the college and chair of the Talking Circles subcommittee, said the project’s main goal is to encourage individual growth and discussion with students about touchy topics of race outside the boundaries of academia.

“We thought it would be a great opportunity to have students across the board — not just in a specific classroom or major, sit down and talk about diversity, their own personal reflections on it and interactions with it,” he said.

MRC has held 25 talking circles since it was first formed and has more than 300 participants. MRC staff have helped facilitate circles with Cornell University, the Ithaca Police Department and other locations in the area to foster greater understanding about diversity.

Sarah Reistetter, diversity and inclusion special projects coordinator at the MRC, said the idea for such talking circles arose in the community because of a need for dialogue about social justice.

“Every community needs some source of advocacy, some body or people to speak for or support, folks that are advocates for social justice and system change,” she said.

Rebecca Borowski ’06, a staff member at the college library and co-chair of the DAC, said the college first showed interest in the talking circles a few years ago during MLK Week. Last winter, the committee formed a group to arrange the discussions for this year.

“We used the multicultural resource center facilitators to do a talking circle,” she said. “We knew we wanted to do some sort of event like this on our campus.”

The college’s talking circles will stick to the format originally devised by the MRC. The discussions will be drawn out over five two-hour sessions, the first of which was held last night.  Two facilitators will manage the discussion among the intimate circle, which, Ogundele said, consists of only 14 students.

“We outsourced our facilitators just so we could step away from the student-teacher dynamic,” he said. “We wanted the facilitator to be someone that could really be neutral to the students. Students may have really specific biases or really strong opinions on any subject matter and I want those to be able to come out.”

Because of the biases and opinions that may arise from the talks, both Ogundele and Reistetter have said the list of students participating — as well as the content and discussion points of the talks — will be held confidential. Even the facilitators will have only restrictive knowledge of the members of the group.

“They know that whatever they say is not going to be shared with the rest of the community, so it encourages a safer environment,” she said.

Though the college will not record the conversations, Ogundele said participants are encouraged to note their experience in the group for a possible presentation later in the semester.

However, Ogundele said there was a low number of applicants. He said prior student commitments probably deterred students from applying.

“A lot of the advertising started at the end of the semester last year, so students were really engaged with finals,” he said “Also, it’s the time commitment. You can’t just commit to one series.”

Junior Arantxa Benjamin, a diversity peer adviser for the African, Latino, Asian and Native American program, said regardless of the efforts made with the discussion circles, it’s hard to make an accurate assessment of the students’ experiences with race when the college has such a large white population.

“Everyone has their own definition of what diversity means,” Benjamin said. “The  perspective of a white student versus a black student, a Latino student or a Native American student will be completely different.”

“We like to keep them intimate,” she said. “It really allows people to get to know each other.”

Ogundele said the circles consist of “a very diverse group of students.”

The DAC and MRC both look forward to adding multiple circles to the campus and are even hoping to create discussion groups for faculty and staff members. Both organizations have also mentioned the possibility of a final presentation of the groups’ discussions, at the students’ discretion.

Borowski said the expansion of the groups is just what the school needs.

“That’s something I definitely would have wanted to do as a student,” she said. “And now that I’m a staff member I hope we can really provide that sense of community to discuss the issues.”

Talking Circles on Race and Racism