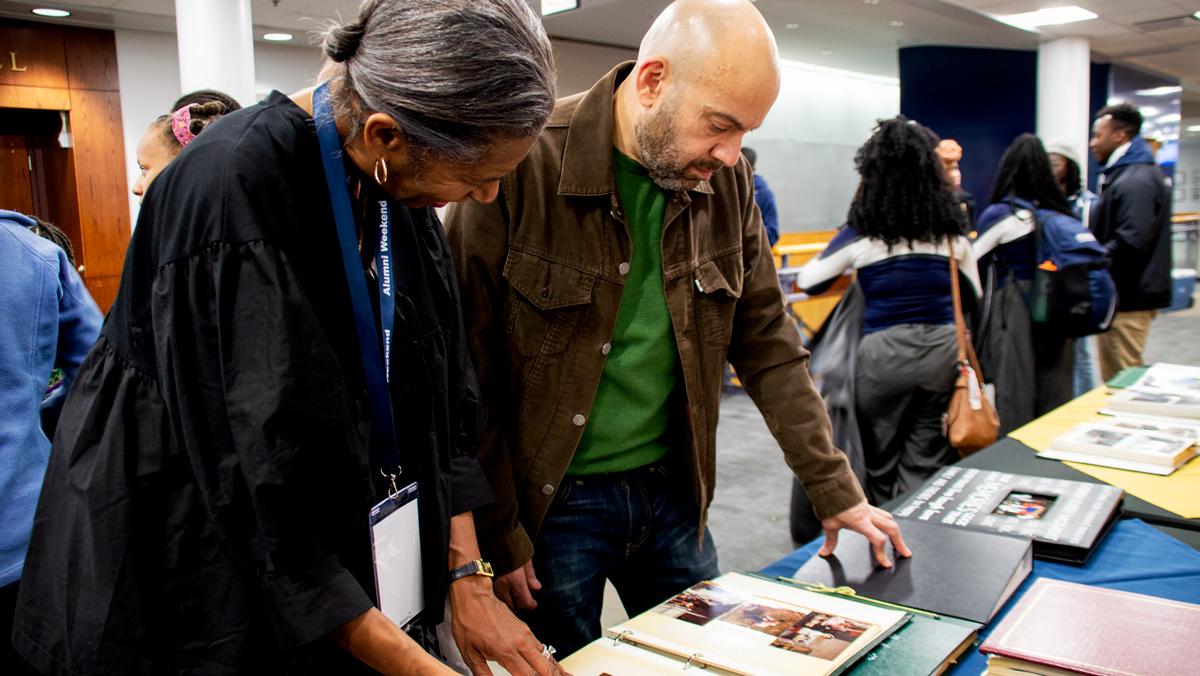 HEOP was founded in 1969 to provide support for academically and economically disadvantaged New York state residents who do not have the resources to attend private colleges and universities in the state. The college is one of over 50 colleges that offer the program. The college has a contract with the New York State Department of Education to allow 65 students in the program every year. Over 100 students, alumni, faculty and staff filled the McHenry Lobby in the James J. Whalen Center for Music to celebrate the 50 years of the program Oct. 12 during Alumni Weekend.

Sophomore Jada Rojas is a member of the HEOP program and said it is an amazing opportunity to be a part of such a supportive program.

“It’s just like family,” Rojas said. “It’s like home away from home for me. They provide so many good opportunities and so many good resources that could be helpful for me as a student and in the future as well.”

Lynn Cortese, director of the Office of State Grants, has worked with the HEOP program for over two years and said she believes the program helps navigate students through the higher–education landscape. Cortese said the program allows students from all over the state to come to the college to earn their degrees and move onto successful careers. She said many of the students in HEOP are first-generation students.

“It’s an amazing community,” Cortese said. “It’s a privilege to get to work with our students every day. All the better to really make those connections big between our students and our alumni.”

Cortese emphasized the importance of alumni coming back to the college and talking to current students in the program.

“They’ve been in their shoes,” Cortese said. “To have that other layer of support and encouragement for our students is a great feeling. To just share in their successes and to see where their careers took them and where they went after IC, it’s really, really special.”

“Without the Educational Opportunity Program and the scholarship I received, I would not have been able to attend Ithaca College,” Hutchins said.

Hutchins said she could not afford a two-credit internship and would not have been able to have the opportunity she did if it were not for Nicholas Wharton, former director of the EOP.

Wharton said that over the past 50 years, the program has served to help students of color to feel accepted and welcomed at the college. Hutchins said that when she attended the college, less than 4% of students were people of color. In Fall 2018, the percentage was 21.7%, according to the Office of Analytics and Institutional Research.

“We were really trying to help and empower students to have a different sense of themselves on a campus that was predominantly white oftentimes, and quite frankly, sometimes they didn’t always feel welcomed,” Wharton said. “What we were trying to do was make sure that students felt a deep and profound ownership in their own institution and their own education.”

Hutchins said that she believes the program has helped students over the past years.

“I can’t believe that 50 years have gone by since this whole program started,” Hutchins said. “That means thousands of students had access to college, like me, for 50 years. I’m hoping that this will continue another 50 years.”

Rojas said she liked seeing the alumni and hearing about what they have accomplished as HEOP students.

“I’m just grateful to have the people in the program, … having them to guide me and help me,” Rojas said. “They’re there all the time if I need help or if I need someone to talk to — I can always rely on them.”