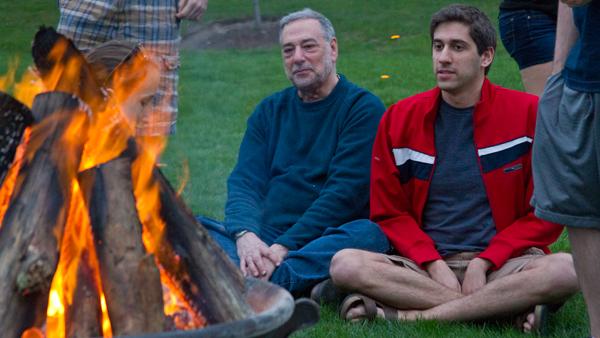 Michael Faber, Jewish chaplain and director of the Ithaca College chapter of the international Hillel Foundation for Jewish Campus Life, is retiring this summer after 31 years at the college. He has seen the college grow and change in size, technology and cost, and he said it’s time for new blood in Hillel.

In addition to being the director of Hillel and teaching modern Hebrew, Faber has taught meditation for 13 years. Faber will continue to teach the meditation course in the School of Music as an instructor two days a week at the college in Fall 2013.

Staff Writer Michael Tkaczevski spoke with Faber about his time at the college and in Hillel.

Michael Tkaczevski: What was Ithaca College like 31 years ago?

Michael Faber: At the time, there weren’t any more than 4,500 students, and J.J. Whalen was the president of the college. I started on July 1, 1982. The philosophy of education at the time was that the schools were separate from each other. There were very high walls between the schools, so it was difficult to do any kind of interdisciplinary study here at the time.

I had an IBM Selectric typewriter, if you know what a typewriter is. Making fliers or brochures [involved] literally cutting and pasting. The technology has completely changed, but everything was done by hand in those days.

There was no chapel secretary at the time. The college wasn’t sure what its relationship was with Muller Chapel, with the chaplains who were here.

MT: How and why did you come to Ithaca College?

MF: I moved to Ithaca in April 1979 with no intention of starting a career in Jewish Life. In the spring of 1982, I was hired to work part-time with the Jewish students here, to work with the community and to lead services. Within a year, I told [the college], “If you want this job done right, it’s not part-time. It really needs to be full-time during the academic year.”

MT: Tell me more about Hillel.

MF: Unlike other religious communities housed here [in Muller Chapel], Hillel is also very much a cultural and social community. Jewish is a not religion. Jewish is a people, Judaism is the religion of the Jewish people. Jewish people see themselves not as a race but as an ethnicity. You can walk around this campus and you’ll meet some very proudly Jewish students who … are not so interested in the religion of the Jewish people, but they are interested in each other and the social and cultural identity. Hillel works on that level as well as the religious level. There’s an effort to do a lot of social programming on this campus. For some people, Lag BaOmer is a religious holiday, but it’s mostly a secular holiday. Students are interested in each other socially and culturally. … But almost everybody in the current generation of students has lost interest in the practice of Judaism.

MT: Why do you think, at least recently, that Jewish students have moved away from their religion?

MF: One big reason is that young people these days have multiple identities, and Jewish is just one of them. Hillel is trying to get students to exercise that [identity]. Second, I think Judaism needs, in every generation, to find a way to renew itself. We don’t have such great religious leaders or teachers these days. There needs to be new light in Judaism, and it needs to be introduced into the mainstream. Outside of Israel, much of Jewish identity is built on your relationship to Israel and the Holocaust. It’s a flimsy way to build an identity … There’s a negative aspect to the identity, and it isn’t a way to build a positive, life-affirming identity. It’s a way to build a paranoid identity.

MT: What academic courses have you taught?

MF: I’ve been a student of meditation for more than 35 years. I teach meditation because of the chaotic nature of life these days: how noisy things are, how pulled everyone is in 17 directions at once, how unfocused minds are and how the emphasis of education is on accomplishment, and nobody’s teaching appreciation. I developed a course that’s completely secular in its approach to teach people how to take care of their minds. The medicine people need is to learn how to focus and calm down.

MT: What are the best memories of your time at the college?

MF: Over the years, there have been students who are very active in Hillel and who have won Campus Life Awards. They brought some leadership skills to this community that they also applied to a lot of other things on campus. It’s always been very rewarding to see someone who I’ve known well and who has really done good things for Jewish life on campus and for the student life on campus at large. I’ve stayed around for so long because the hospitality has been very open and generous and kind.