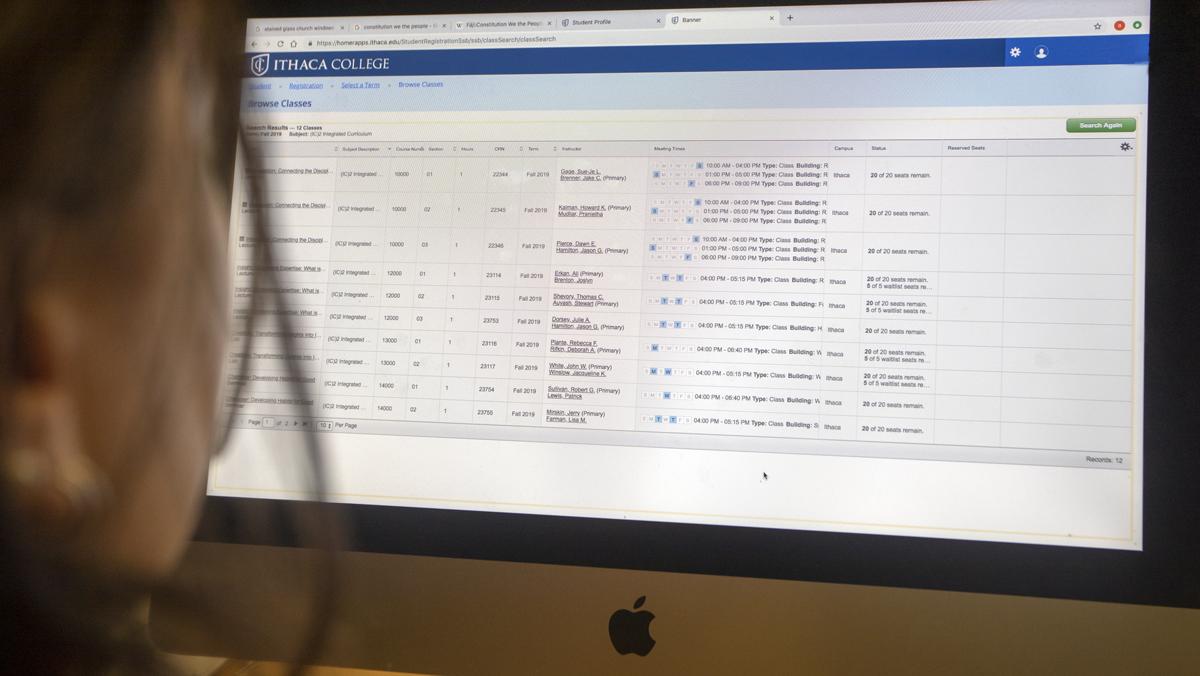 HomerConnect 9 was redesigned and released to the campus community March 12, an action that has been met with mixed reviews by students and faculty, largely because the site’s layout was changed so close to registration.

The new update features a completely redesigned layout and look for HomerConnect, the online platform Ithaca College students use to register for classes, view grades and select new housing. In addition to modernizing the site’s appearance, links to Degreeworks, the housing portal, grades and class registration are found on the left side of the screen while student and degree information is listed on the middle and right side. In an effort to educate campus members about the redesign, the college has been holding in-person educational sessions and online video tutorials explaining the changes.

The timing of the redesign, which was implemented just a few weeks before the April 2 registration start date, has been a source of concern among many students. Most people are not used to the new layout, so having to figure out how everything works right before class registration adds extra stress.

Ari Kissiloff, assistant professor in the Department of Strategic Communication, said numerous faculty members in the Roy H. Park School of Communications have complained about the timing of the update.

“The No. 1 concern that I have from students at this point, and from other faculty members that have just spoken to me, is that this should happen at a time that is less critical,” Kissiloff said. “The consensus among everyone that I’ve spoken to is that this kind of change should not happen right before a registration period.

According to Levine, it is not the college’s decision to update the system, but rather Ellucian, the company that supplies HomerConnect. Levine added that all costs are included in the maintenance contract with Ellucian.

“Just like any tech companies, updates get pushed out, and if you don’t accept those updates, then you’re out of support and out of service,” Levine said. “This is just the natural evolution of technology.”

Levine added that even if HomerConnect was updated sooner, most students wouldn’t go on the site until they needed to use HomerConnect, which would most likely be during registration anyway.

“It’s unfortunate that there’s never a good time,” Levine said. “I know, right now, the newness and the learning process can be frustrating, but we’re going to get over this hurdle, and we’re going to have an amazing system that’s going to do so much more than our prior system.”

Freshman Jamie Meyers was frustrated by the timing of the update but said she prefers the new style of HomerConnect.

“It’s kind of annoying that they changed it right before registration but I do the like the design,” Meyers said. “The last one looked like it was from 2004.”

To help students and faculty navigate the new site, the Office of the Registrar has been holding in-person training sessions, as well as video tutorials, throughout March and into April. These training sessions were advertised on Intercom.

Levine said very few people have shown up to the education sessions, but one YouTube video tutorial about registering for classes has reached over 400 views. Another registration video reached nearly 130 views.

Freshman Sydney Scheck said she went to academic advising prior to registration for help with scheduling, but the person she met with had not seen the new HomerConnect system yet.

“I feel like there needs to be more communication in the school about our new system,” Scheck said. “If the administration is having problems, we’re obviously going to have even more problems.”

Freshman Chloe Levy had a similar experience when she registered for a class during spring break and needed an override form.

“I had to go through like six different people because all of them didn’t realize it had changed, and I was like, ‘I don’t know where to find this form,’” she said.

Despite the confusion, Levine said this redesign has many new features that she hopes will make students’ lives easier. One update allows students, when browsing for classes, to narrow down the classes shown to only those with open seats or small waiting lists. Another tool allows students to search classes based on which professor is teaching the class.

Levine said she thinks that in the long run, this version of HomerConnect is more effective.

“A lot of the things people didn’t like about the old system I felt this system solved,” Levine said. “We know it’s not perfect, but we’re here to make it better.”