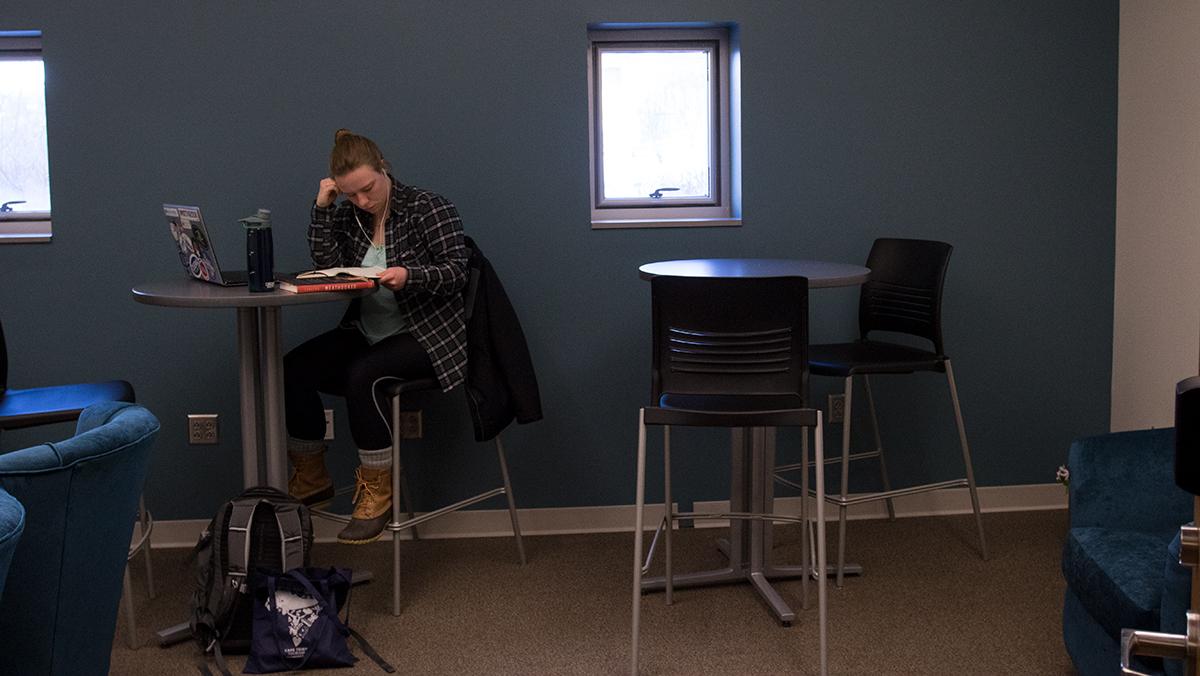 The Ithaca College Honors Program has been moved to the garden level of the Peggy Ryan Williams Center and has been allotted a new lounge and workspace, along with a new director.

The program, which previously was situated in the Muller Faculty Center, was moved so it could be placed next to the Center for Civic Engagement, which had also recently been moved to the garden level of the PRW Center, said Linda Petrosino, provost and vice president for educational affairs. The move comes after a period of tension between the Honors Program and the administration, as former Honors Director Thomas Pfaff announced he was stepping down due to a lack of support.

Petrosino said that with the two offices’ being next to each other, they can more easily collaborate on activities that are related to both programs. Danette Johnson, vice provost for educational affairs, said the move was not related to tensions between the program and the administration in past years.

Alicia Swords, new director of the Honors Program and associate professor in the Department of Sociology, said the space the Honors Program received was made possible by the Office of the Provost, which worked to have the space ready by the time the spring semester started.

“The Office of the Provost, the facilities staff, the technology staff from DIIS have bent over backwards — have worked through their holiday — to build this lounge and computer lab and purchase furniture for this space,” Swords said. “It’s a real commitment, I think, to a vision for having students in PRW and having students really use this space.”

Swords also said the reason for the move was for the program to be situated next to the Center for Civic Engagement, not to better relations with the administration.

“There were many administrative challenges at the time, such as to whom the program was reporting, the level of administrative support,” Sullivan said. “It’s going to take a while to attract people over there to use it, but I think its proximity to the Office of Civic Engagement offers some real possibilities for synergies that will hopefully help the program.”

Junior Ryan Opila, a student in the Honors Program, said he thinks the new space is beautiful and its placement is important.

Sophomore honors student Zoe Mendrysa, chair of the Honors Student Advisory Board, said that although the board had some reservations about the space, it felt the benefits gained would work well for the Honors Program.

“Although PRW isn’t as central as Muller, the updated facility and different meeting rooms was a benefit as to how students will work together and the different spaces they can work in,” Mendrysa said.

“I have a minor in the Honors Program,” may be one of the most unusual sentences I say.