House of Shalimar to close after 40 years 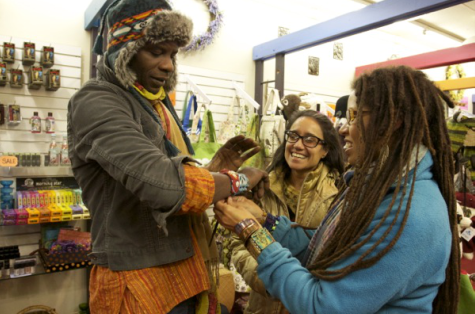 For 11 years, Shelly Rogers, a pharmacy technician at Green Street Pharmacy, has visited the House of Shalimar, a 40-year-old boutique of imported goods on The Commons, at least once a month. It is her go-to spot for quirky gifts and unique items.

“One of my favorite things was a father’s day gift,” she said. “It was something like a translator for dads, how to talk cool with your kids.”

Abdul Razak Sheikh and Emma Lou Sheikh, House of Shalimar owners, said they will close the shop’s doors by the end of the year. Lou said she feels now is the right time to retire and plans to spend more time with family and engaging in more activities outside of work.

“It’s just time,” she said. “I just turned 70, and I still have a lot of energy. I have a lot of things that I’d like to be doing, and I just want to have more time for myself.”

In addition, the couple owns Ithacards and T-Shirt Express — both also on The Commons. However, Lou said she administers the boutique.

The House of Shalimar was originally located in New York City, then Collegetown and later moved to downtown Ithaca a year before the construction of The Commons in 1974, Lou said.

The couple is considering selling Ithacards, Lou said, but they plan to keep T-Shirt Express.

“My husband needs a place to go in the morning, so he is going to keep his T-shirt store going,” she said.

David Abdulky, long-time neighbor and owner of Mansour Jewelers, which is located next to House of Shalimar, said he has known the owners since 1979. He said the impact of their closing cannot be predicted and they and their store will be missed.

“They are very good neighbors; we are a community, one neighborhood, sometimes like family, sometimes like friend and sometimes like brother and all kinds of relationships,” he said. “All I can say is good luck not only to them but to everybody who is in the area.”

Gary Ferguson, executive director of the Downtown Ithaca Alliance, said he shares this sentiment but said he hopes the store will not remain empty too long.

“As they go out, it provides an opportunity for someone else to come in,” he said. “It’s been great having them here. They’ve been sort of a real rock for us, a real solid anchor for us, but as they move on we expect others to come and take their place.”

However, for the store’s faithful clientele like Rogers, closing the House of Shalimar will be a loss.

“I’m going to be sad to see it go,” Rogers said. “I’ve found so many hidden treasures.”