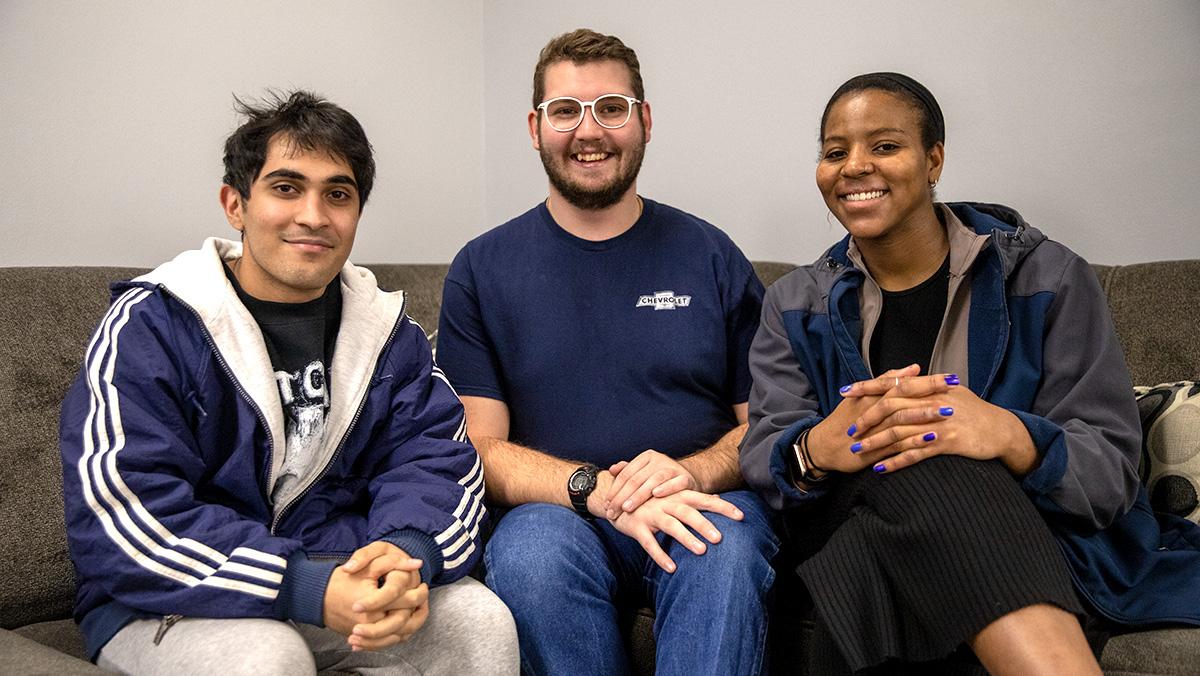 After several periods of inactivity over the past five years, the Ithaca College Democrats club (IC Democrats) has restarted and re-registered with the Office of Student Engagement with new leadership in October.

Junior President Farid Ahmad and senior Secretary Kalena Yearwood, the executive board members of IC Democrats, said they were motivated to restart the club because they wanted to encourage students to get politically involved ahead of the Nov. 8 midterm elections. Ahmad and Yearwood were not part of the old IC Democrats club, which became inactive after December 2020, but the two approached Jonathan Ablard, professor in the Department of History and the adviser for IC Democrats, about restarting the club. Ahmad and Yearwood also reached out to senior Connor Watson, who was part of IC Democrats when it was last active in 2019. Watson then became club treasurer.

The e-board spoke about its focus on making changes to allow the club to be more sustainable in the future.

“I think the main priority at this point is … building longevity,” Yearwood said. “We have the libertarian [IC Young Americans for Liberty] and IC Republican groups who have in their own way established some type of longevity. I’d like to see the same done with IC Democrats.”

Ablard has advised several versions of IC Democrats since 2016. He said he helped the club restart after noticing that there was not an active liberal club on campus after the 2016 presidential elections. Ablard said the club has restarted at least four times since he has advised it, and that it is challenging to find consistent leadership.

“I think part of it is there’s so many clubs on campus and students are so busy between working and classes and other extracurriculars that … it’s just hard to keep the club going,” Ablard said. “It’s a lot of work and it’s not necessarily the [most fun] thing to do in the world to run a political club.”

“[Members] may be afraid to share how they really feel outside our club,” Cicio said. “[In IC Republicans,] they can share their views on a campus where they may feel that they do not belong or where nobody cares what they think unless they agree with the majority here.”

Watson said the IC Democrats e-board hopes to get many students involved, especially younger students who can continue the club after the e-board members graduate. The club began to recruit new members for its first meeting Nov. 29. At the first few meetings, the e-board is planning to discuss IC Democrats’ previous constitution with its new members and add amendments to make it functional for the group’s plans going forward. Yearwood said the e-board is eager to hear from students as it develops its goals for the future.

IC Democrats was not started in time to organize events for the midterm elections. However, Yearwood and Watson said the e-board wants to plan events for future elections like hosting discussions with local Democratic candidates and organizing voter registration events to encourage students to vote.

“I think there’s a yearning among folks in the 18–to–24 age demographic to get organized [and] learn more about the political structure and political parties,” Watson said. “I think [restarting now] gives us enough time before the 2024 presidential election to get folks really educated about issues and what they can do to have their voices be heard.”

IC Democrats is also looking to engage in community service and community outreach. The club would work to develop partnerships with groups like Ithaca Democratic Socialists of America (DSA) in the City of Ithaca and Tompkins County so that students can get involved beyond the college’s campus.

Sabrina Leddy, vice chair of Ithaca DSA, said the DSA has worked with Cornell University student activism groups like Climate Justice Cornell and independent college students from Ithaca College and Cornell to plan events and rallies. She said student involvement is a critical component of Ithaca DSA and she hopes to work with IC Democrats to advocate for the Ithaca community.

“There’s strength in numbers that you’re able to achieve when … student groups collaborate with local groups,” Leddy said. “Acting in solidarity will always strengthen your effort. … So I am really excited to hear that there’s more organizing happening on IC’s campus.”

Yearwood has lived in Ithaca for 17 years and said she hopes that IC Democrats will inspire students to learn more about the local area and understand how the local political system works.

“One of my greatest dreams, as a student and also as a local, is seeing more students get involved in the community that they’re calling home for four years,” Yearwood said. “It’s so important for student voices to be heard and to contribute and to participate. And I think one of the most impactful ways they can do this is through IC [Democrats] and seeing what’s important to the locals and understanding what it takes to really run a democratic … society.”

Though IC Democrats will primarily work with local Democratic organizations, Watson said the club is open to all students, regardless of their political ideology.

“It doesn’t matter if you’re registered a Democrat or even if you’re not registered to vote,” Watson said. “[IC Democrats is] open to you to come and explore and listen and debate and talk and just start getting engaged.”

Editor’s Note: Junior Farid Ahmad, president for the new IC Democrats club, is a staff writer for The Ithacan.