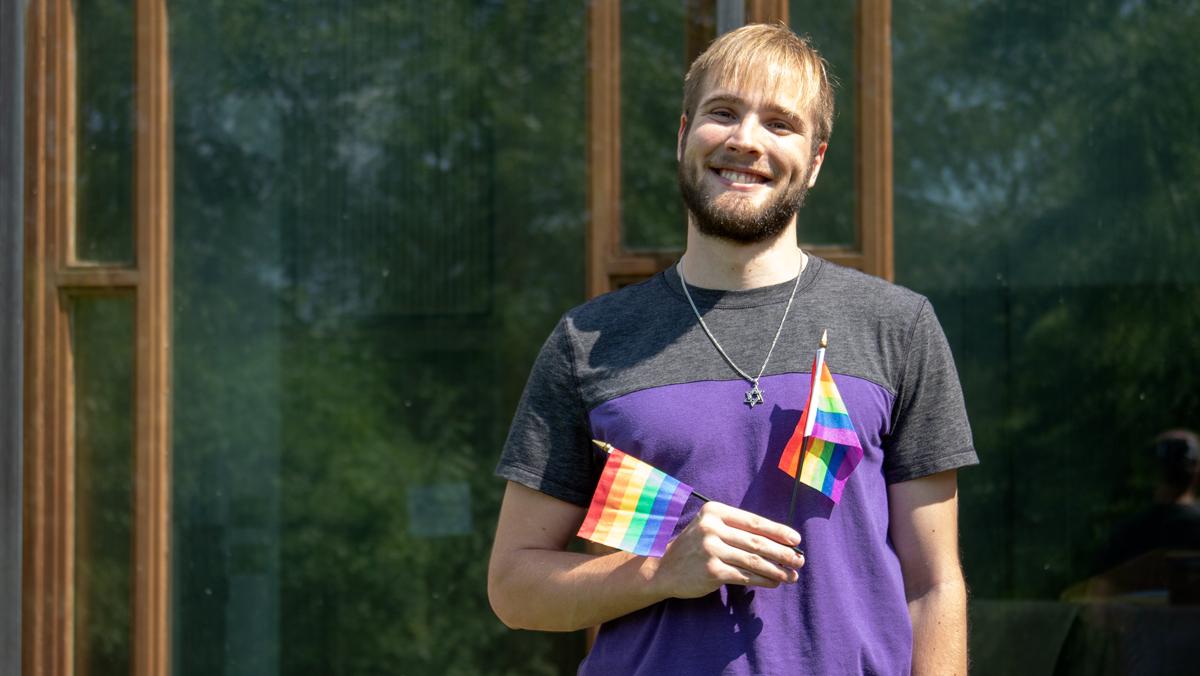 Though the Jewish community only comprises of 2 percent of the U.S. population, about 16 percent of Ithaca College students identify as Jewish. Despite this larger representation, the community still lacked a supportive space for Jews who identify as part of the LGBTQ community.

As a result, Lauren Goldberg, executive director of Hillel, and Austin Reid, a Springboard Innovation Fellow for Hillel and a gay Jew, decided to establish a chapter of Keshet, a national nonprofit organization that advocates for the full equality and inclusion of LGBTQ people in Jewish life, at the college. The national branch of Keshet — which means rainbow in Hebrew — has recognized the college and its branch of Hillel as a safe and inclusive school for LGBTQ Jews.

Goldberg said many current and former students have also proposed creating a chapter of Keshet at the college. The club is sponsored by Hillel.

The Jewish community continues to debate whether or not the Tanakh, the Hebrew Torah, condemns homosexuality. The Reconstructionist movement was the first Jewish denomination to publicly endorse same-sex marriage, in 1984. Following, the Reform movement endorsed same-sex marriage in 1990 and the Conservative movement in 2012. The Orthodox movement still considers homosexuality against Halakhah, Jewish law.

Goldberg said she was inspired to help set up this chapter in order to make Hillel more inclusive for students on campus.

“Hillel prides itself on welcoming all students with their identities and their whole selves into our community,” Goldberg said. “We want to be able to celebrate every single student and understand how varying parts of their identity intersect. Establishing Keshet seemed like a natural step in our growth and widening our inclusivity.”

Reid said establishing Keshet is a way to highlight intersectionality within the LGBTQ and Jewish community, especially as the two minority groups are underrepresented.

“It can be hard for LGBTQ Jews to meet others who share their cultural or religious traditions,” Reid said via email. “It’s possible for many, but not all LGBTQ Jews, to hide either their queerness or their Jewishness or both. And we often have to come out about these two essential identities, as well as contending with the assumptions people make about our lives and about what being Jewish and queer means to us. I hope Keshet will make meetings between students who are LGBTQ and Jewish easier and decrease the sense of isolation which can sometimes come with being a member of two very small minority groups.”

The college created the Center for LGBT Education, Outreach and Services in 2001 and has been nationally recognized as one of the most LGBTQ–friendly colleges in the United States. However, Reid said he thinks Keshet is distinguished from the other LGBTQ organizations on campus because of its focus on religion and ethnicity.

“Keshet is unique in that it is the first LGBTQ organization at IC that explicitly celebrates its members’ religious and/or ethnic background,” Reid said. “People possess many identities, and it is increasingly important that organizations find ways to celebrate the entire selves which make up its members.”

Reid said he collaborated with Luca Maurer, the director of the Center for LGBT Education, Outreach and Services, to help establish Keshet. Maurer said it is important to establish structures, like Keshet, which aim to highlight intersection identities.

“Groups that focus their work on two or more nondominant experiences — in this case being both LGBTQ and Jewish — reflect the importance of intersectionality,” Maurer said. “Groups like Keshet understand and honor that individuals don’t experience their identities as separate aspects of themselves but instead, live them multidimensionally.”

Although Keshet is currently associated with Hillel as an affiliate organization, both Goldberg and Reid hope that it will eventually become its own formal student organization in the future.

Meetings for Keshet begin Thursday, Sept. 6, and will take place weekly at 4 p.m. on Thursdays in the upper atrium in the School of Business.

Sophomore Shoshana Maniscalco, a member of Hillel, said she hopes the new club will start conversations about intersectionality within the LGBTQ community.

“I think the club is a great opportunity for LGBTQ Jewish students to meet each other and share their experiences,” Maniscalco said. “There typically isn’t enough conversation around the intersection of sexuality and religious belief, and I’m hoping Keshet will help to bridge that.”