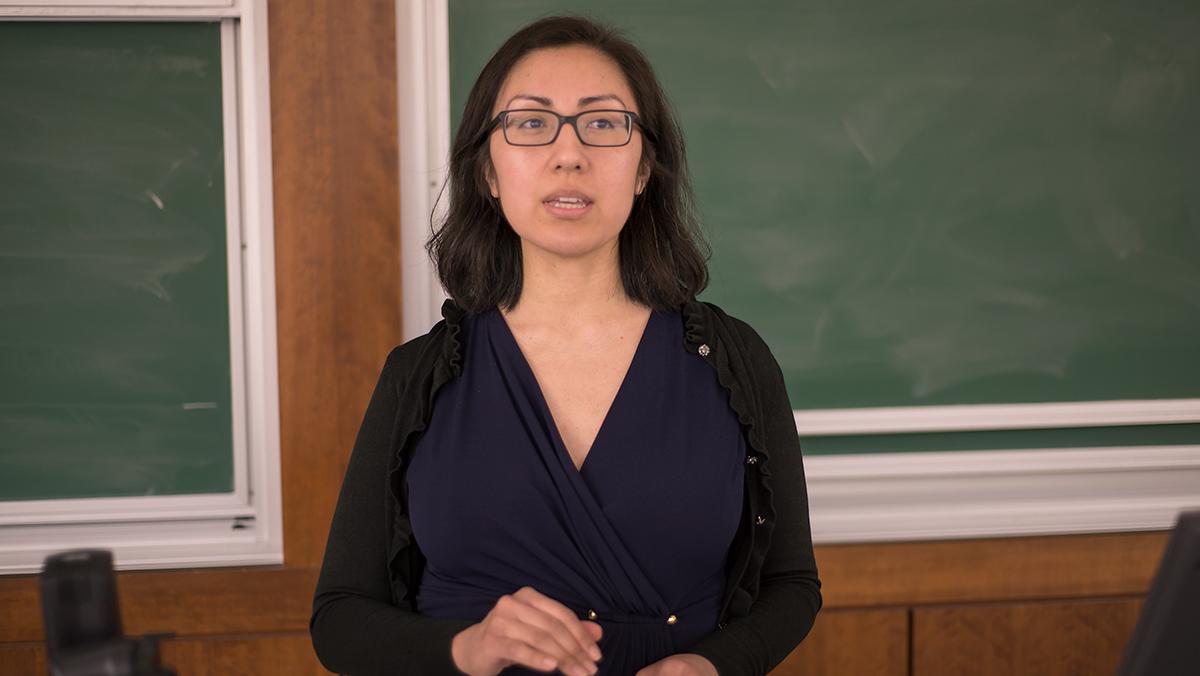 International students at Ithaca College have been advised to not leave the country until further information is known about President Donald Trump’s recent series of executive orders restricting immigration.

The Offices of International Programs and Extended Studies and the International Club of Ithaca College brought Sandra Bruno, associate immigration attorney at Miller Mayer LLP, to the college to address the concerns of the international community. Approximately 40 students and professors gathered at a town hall meeting Feb. 2 in the Dorothy D. and Roy H. Park Center for Business and Sustainable Enterprise in room 104.

Diana Dimitrova, director of International Student Services in the Office of International Programs and Extended Studies, said she planned the event to help inform students about what the executive orders entail and how students can avoid potential deportation or restriction from re-entering the country over the 90–day period outlined in the order.

Bruno discussed the three executive orders regarding immigration, including “Protecting the Nation from Foreign Terrorist Entry into the United States,” the order that banned travel from Iraq, Iran, Libya, Somalia, Sudan, Syria and Yemen. The orders “Enhancing Public Safety in the Interior of the United States” and “Border Security and Immigration Enforcement Improvements” were also briefly discussed at the meeting.

Dimitrova said she and many of the students in the international community at the college have a shared frustration because of the lack of clarity about what the executive orders entail and could become.

“It was so unclear from the beginning,” Dimitrova said. “This has been a very difficult week for our international community.”

Bruno said this frustration is a sentiment shared among some in the field of law. She said she is optimistic that the immigration restriction will dissipate. Bruno also said dual citizens should only travel with their United States passports.

“Unfortunately, we really don’t know much,” Bruno said. “It clearly wasn’t a lawyer who drafted these.”

Eric Weinhold, associate director of admissions for international recruitment, said he is also optimistic for the same reason.

“It is poorly written,” Weinhold said. “It is open for lawsuits.”

He assured the international community that it is not alone and reminded the crowd that Americans have gathered late at night for two nights in a row at major airports to protest.

Another major concern among the international community is the rumor that the immigration halt will expand beyond the seven countries listed in the executive order. Some students at the college have family from countries such as Colombia, which is on the rumored list of countries the executive order may expand to, Bruno said.

Junior Isabella Grullon said she is concerned as a Colombian-American because her mother has a tourist visa that needs to be renewed and was told she would need to be interviewed about her visa status.

Students and professors raised issues about applying for jobs as an international student, renewing visas, and the constitutionality of the executive orders.

Anna Gardner, sophomore vice president of campus affairs for the Student Governance Council, said students have told the SGC that they are worried about the lack of resources available on campus.

“I think that’s where some students feel uncertain about what they have access to,” Gardner said.