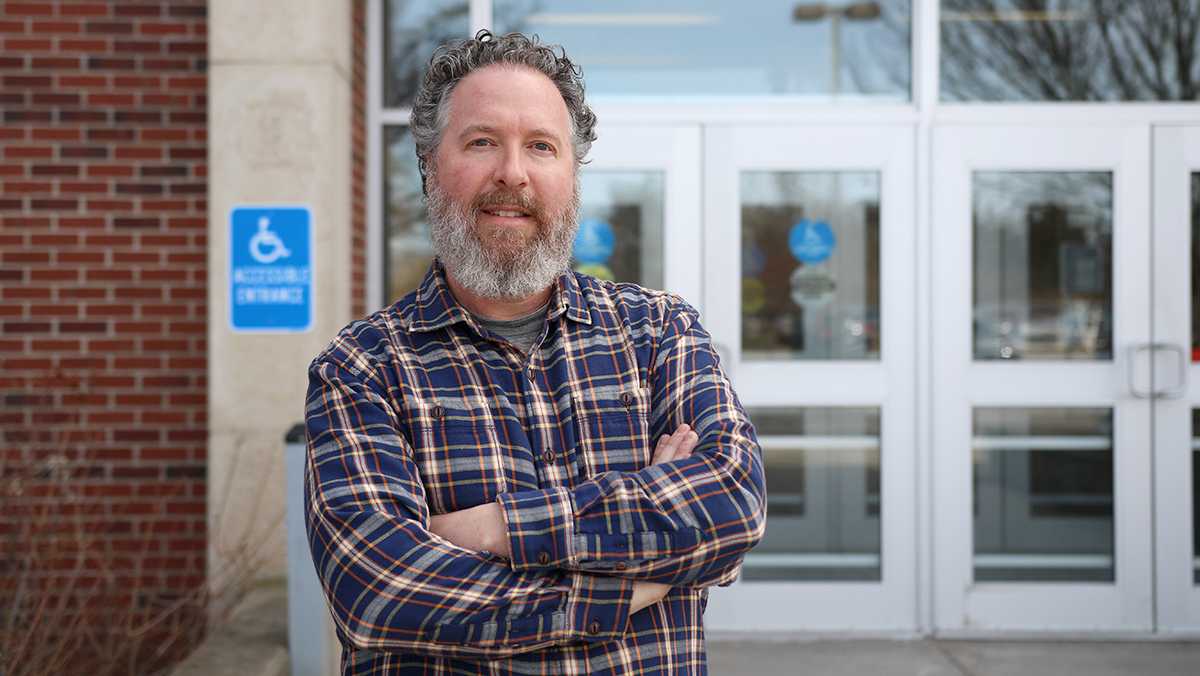 Brendan Iannucci/The Ithacan
Editor Devan Rosen, professor in the Department of Media Arts, Sciences and Studies, spoke about his book with two of the contributing authors at noon March 23 via Zoom.
By Olivia Stanzl — Assistant News Editor
Published: March 23, 2022

Finger Lakes Environmental Film Festival (FLEFF) and the Park Center for Independent Media hosted a book launch for “The Social Media Debate: Unpacking the Social, Psychological, and Cultural Effects of Social Media,” a book that aims to show the debates surrounding the negative and positive impacts of social media on society.

Editor Devan Rosen, professor in the Department of Media Arts, Sciences and Studies, spoke about the book with two of the contributing authors, Ysabel Gerrard and Francesca Sobande,  at noon March 23 via Zoom. The book has 14 chapters that consist of work from 23 authors, including Rosen.

“We have these social media platforms that allow us to connect with those that we love, to find resources better than our networks and to in many ways, live a better life,” Rosen said. “But within that same window, we have our democracies imploding, we have misinformation, realities happening all over the place, and we have a globe of people that are becoming chronically addicted to these various platforms.”

Rosen said social media has allowed for misinformation to spread, which has had negative impacts on society, like the insurrection that happened Jan. 6, 2021 at the U.S. Capitol.

“We see a regime under [Vladimir] Putin using social media to create horrible disinformation that’s fueling this invasion,” Rosen said. “But the exact same platform is allowing the Ukrainian people to coordinate to find each other to get aid, and to really try to maintain subsistence in this invasion.”

Gerrard, who is a lecturer in digital media and society at the University of Sheffield, said it is important to remember that there are positive aspects to social media.

“It’s really easy to fall into that trap of just thinking about the harms and the consequences and the problems [of social media],” Gerrard said. “And because they are so powerful, they are so vivid, we talk about them all the time. But then there are benefits of social media, we enjoy it in so many ways. And it’s really hard to strike that balance.”

Raza Rumi, director for the Park Center for Independent Media, moderated the event and asked Rosen if the false information, specifically being circulated about the Russia-Ukraine war, can have harmful long–term effects.

“We have a war on ground but there’s also a war on social media in parallel, where so much disinformation through TikTok is being spread by Russian bots,” Rumi said.

Rosen said governments manipulating information is not new, but because of social media, misinformation is being dispersed at speeds that are difficult, if not impossible, to combat.

“Governments can very easily manipulate what people can see and understand here,” Rosen said. “It’s very efficient, and it’s very fast. That is very new. If we look at traditional media, it was a little bit slower. It was easier to vet. We could have independent media existing in cohorts.”

Gerrard said the social media debate is not just one that needs to be grappled with in academic terms, but societal terms. This is because it greatly impacts everyday lives. Gerrard said that while society learned how to handle issues brought on by the TV and radio like mental health, body image and bullying, it must now adapt to the role of social media in these topics. A 2018 Pew Research Center’s survey of U.S. teenagers found that one in six teenagers have experienced at least one form of abusive behavior online.

“It’s forcing us to ask really serious questions about the best ways to moderate it [social media]. I think that the debates that we’re having about mental health, body image, bullying we talked about that… all of these debates have happened in the past, but there is something new here,” Gerrard said.

Gerrard said she believes it is essential for schools to develop better social media safety and educational tools.

Sobande, who is a lecturer in digital media studies at Cardiff University, discussed the necessity of media literacy.

“Quite often, the point at which people start to learn about things such as media, framing, editorializing, narrativizing … and the filtered nature of media depictions,” Sobande said. “All these different forms of media power need to be part of education as early as possible.”