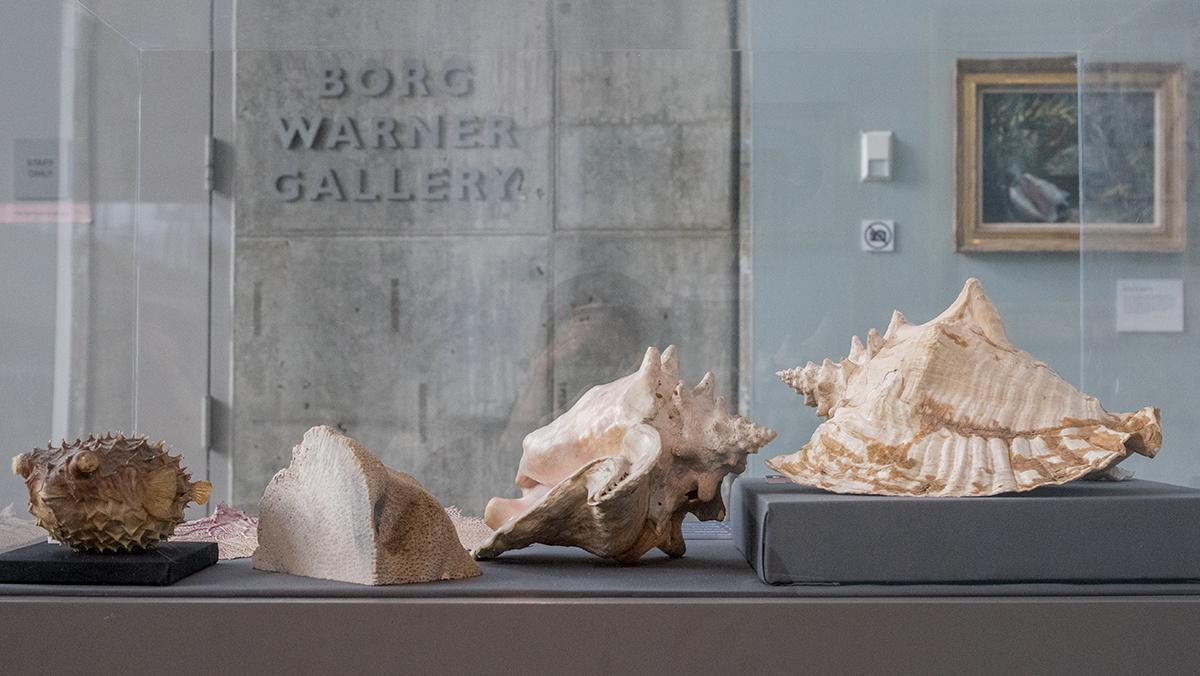 Andrew Treves/The Ithacan
Pictured above is a display which can be seen at the Museum of the Earth where students can now visit for free with passes from the library.
By Kalia Kornegay — Staff Writer
Published: January 31, 2017

For many college students, the library has two functions: finding books and studying. However, the Ithaca College Library has added another service to its list by offering free passes to the Cayuga Nature Center and the Museum of the Earth.

Through funds from the Paleontological Research Institute, 33 libraries in the Finger Lakes Library System have free access to the museums. The new system, called the Library Access Program, is available until Dec. 31. The PRI funded the program through a $10,000 grant from the John Ben Snow Foundation and $5,000 from the J.M. McDonald Foundation. There are currently two passes that students are able to check out through the circulation desk at the library for up to seven days.

Bernard Hogben, manager of access services at the library, said he received an email from the PRI around mid-December informing him about the availability of the museum passes. After speaking with a supervisor, Hogben said they both thought it would be a good idea to get the library involved due to the popularity of the LAP with other local libraries. The program was up and running at the college shortly thereafter, and since then, Hogben said, the passes have been popular.

“I’m guessing it has been checked out close to 10 times already,” Hogben said. “I posted an announcement on Intercom, and within an hour of that posting, people were already here wanting to check them out.”

Hogben said students should take advantage of the program to explore local areas they might not otherwise be able to see for free. For college students, it costs $6 to attend the Museum of the Earth and $4 to attend the Cayuga Nature Center.

The idea for the program first came about when a local library reached out to Georgia Lesh, director of development and marketing at the PRI, asking if a similar pass system already existed. Lesh said that once she realized they did not have a system in place, she and a former supervisor launched a pilot program with the Ulysses Philomathic Library and the Watkins Glen Public Library. She said it ended up being a success, which prompted Lesh and her supervisor to expand it into what the program is today.

“The larger libraries were very enthusiastic about it, some of the more rural libraries too,” Lesh said. “Some of them are very tiny, so we’re not sure how much it’s going to be used there, but we just started it, so we’re going to make a concerted effort to get people to know about it, and hopefully, the libraries will reach out to their constituents and let them know it’s available.”

Senior Josh Enderle, Eco-Rep program manager at the college, currently manages a small group of students on campus with projects aimed at promoting sustainability. While he has yet to take advantage of the program, he said it could be beneficial for all students, regardless of their previous experience with environmental issues.

“It could give a few of them the opportunity to go for free,” Enderle said. “There’s an opportunity for students to go out there and learn for free.”

Paula Turkon, assistant professor in the Department of Environmental Studies and Sciences, said cost can sometimes be a barrier for people who want to visit places like these, which makes programs like this especially beneficial.

“You can only get so much in a classroom,” Turkon said. “I think that the type of information they can offer is quite different even from what you can get in a laboratory. We have taken field trips to both places quite a bit because we value what they do.”

Lesh said she’s hopeful for the future of the program and hopes the interest allows it to continue past its current lifespan of one year.

“We do charge admission at the Museum of the Earth and the Cayuga Nature Center, so it’s important that everyone in the community can access these, and this is just one way,” Lesh said. “It makes it more open and more fair and more accessible if someone has limited financial means to use our resources — this helps equalize that opportunity.”