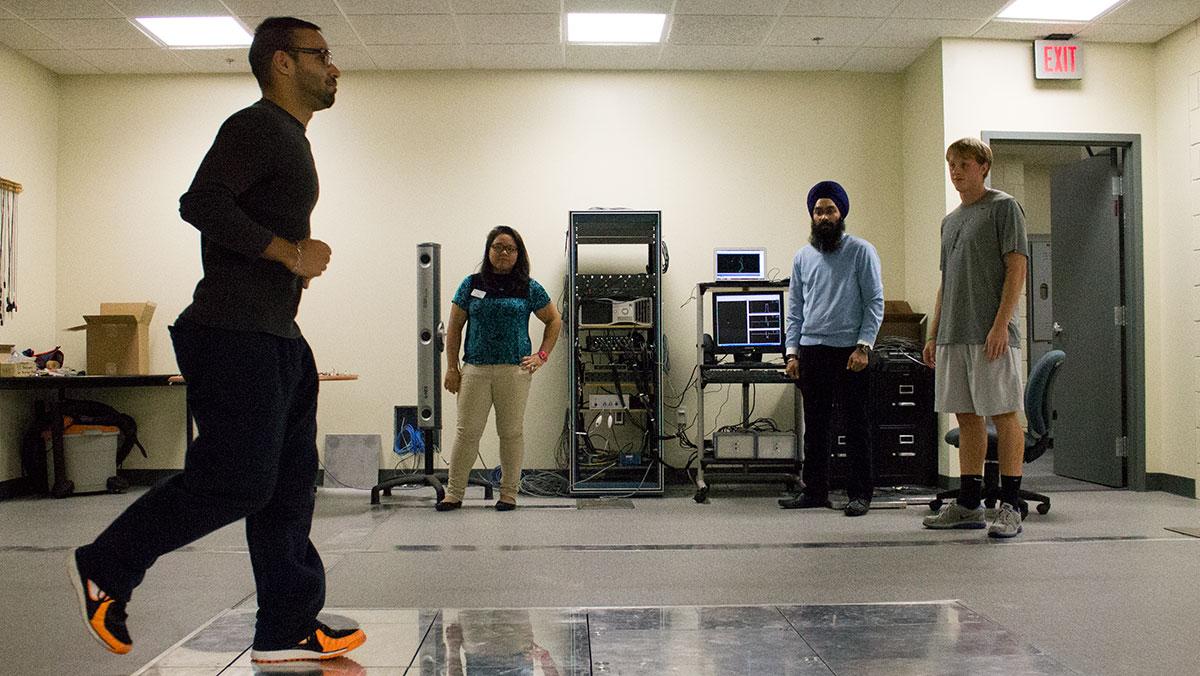 While Rumit Singh Kakar, physical therapy professor at Ithaca College, is just starting to get his feet wet at the college, he brings with him a transnational experience and involvement in projects at universities across the country.

His current project is aimed at helping people who have severe scoliosis get back into physical activity and sports by introducing them to spinal fusion, a surgical procedure that inserts a metal rod into the back of a person to realign the spine, he said.

“A lot of surgeons and physicians who these people go to do not encourage physical activity after fusion,” Kakar said. “There is no scientific evidence as to why they should, or should not, go back to sports.”

Kakar moved to the United States and started his PhD program at the University of Georgia in 2011 after earning his degree in physical therapy from the Guru Gobind Singh Indraprastha University in India and practicing there for five months.

Simpson said the research focuses on people who have Adolescent Idiopathic Scoliosis, which usually develops in adolescence and causes sideways curvatures in the spine. She said if it is bad enough, the vertebrae need to be fused.

Kakar said he has not expanded this project to the college yet. He said the research subjects for the project have been taken from private associations, the Pediatric Orthopaedic Associates and Children’s Hospital of Atlanta.

One of these patients is Paige Tobin, a Purdue University student and dancer who was diagnosed with scoliosis at 7 years old. Tobin said she met Kakar on an airplane, where they talked about sports, Tobin’s scoliosis and surgery. There was one more spot left for a research patient, she said, and Kakar asked her to be the last one, given that she had had experience with spinal surgery.

Tobin said it took her about six months to get back into dancing after her first spinal surgery at age 11. She later tried fencing for three years, she said, but realized it was also not very good for her back.

“I thought that my back would be fine with fencing,” she said. “However, it wasn’t a good idea due to twisting of the body.”

After receiving spinal fusion surgery, Tobin said she eventually ended up going back to dance. She said it may be possible for athletes to go back to sports after spinal fusion when they realize what their limits are.

“I never liked that I had limitations,” she said. “If you recognize what you can and can’t do, nothing is affected.”

Simpson said the research looks at spinal motions by testing running, jumping and balance to prove whether or not athletes are able to go back to their sports after the spinal fusion surgery.

Despite her nervousness with these movement tests, Tobin said Kakar was patient, and she is happy she got the chance to meet him.

“You can tell how much he cares,” Tobin said. “I got super claustrophobic with the balance tests, so he helped me stay calm and get through it.”

Kakar said he expects that project to be finished by early spring.

As his partner, Simpson said Kakar has a strong work ethic and professional background with science and research.

“He is a hard worker, and he will definitely go places with research. … His research will benefit clinical populations, such as those with back issues,” Simpson said. “He also brings a rich perspective to his teaching, having been a physiotherapist in India.”

Senior Ryan Norland is also working with Kakar on a project on regenerative rehabilitation, which aims to raise awareness of the benefits of medicines and therapies that restore injured or degenerated tissue.

“The medicine side of regenerative rehabilitation is exploding,” Norland said. “I went to [Rumit] because I knew he would be able to help me in developing this project because he has worked on others, and he is very knowledgeable.”

Kakar has won many research awards and grants for his research, including a grant through the Scoliosis Research Foundation.

Kakar said he thinks the most rewarding part of the project is helping others. To him, that is ultimately the goal.

“It is going to take some time,” he said. “But keeping your eye on the goal has been very fulfilling.”