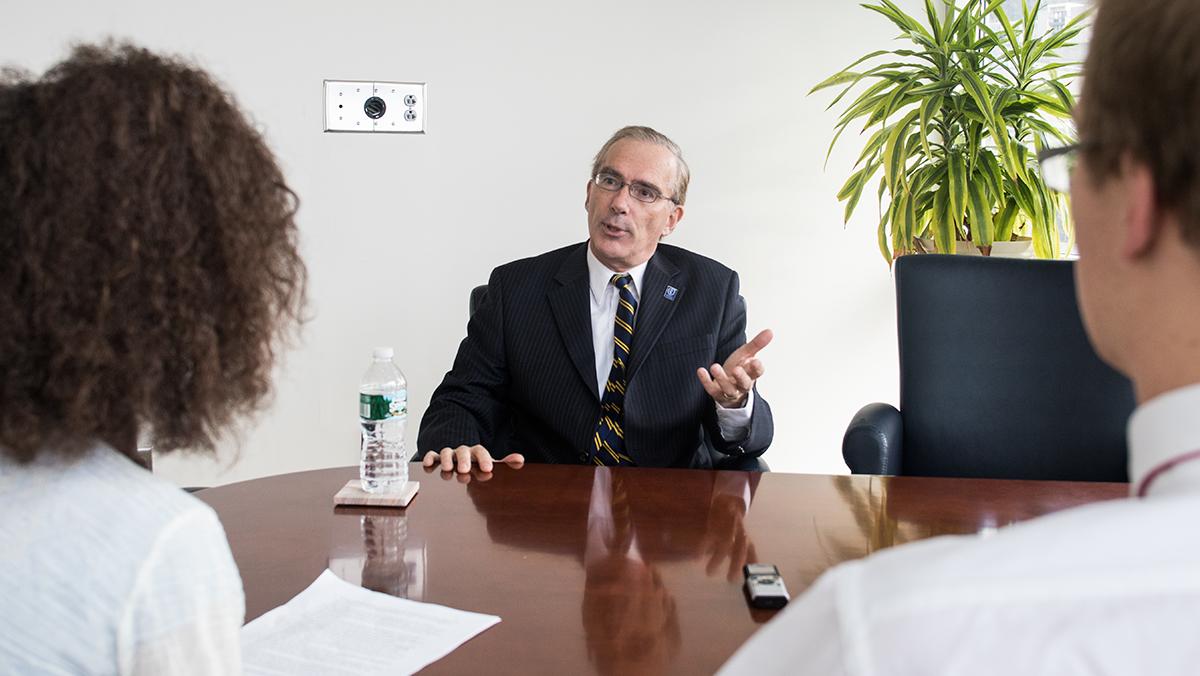 Yana Mazurkevich/The Ithacan
This announcement follows the committee's decision to close the search in December to ensure the confidentiality of the candidates.
By Grace Elletson — News Editor
Published: February 1, 2017

The announcement, which was posted on Intercom on Jan. 31, states that the executive boards will be participating in a series of “weekend interviews” with the candidates. This announcement follows the committee’s decision to close the search in December to ensure the confidentiality of the candidates.

The decision to become a closed search sparked some concern from the campus community at a Dec. 6 forum that not informing the public on candidates would make the process become less transparent. However, Jim Nolan, chairman of the search committee, said at the forum that bringing in executive committees from governing bodies could be another option to keep members of the community involved in the search.

Tom Swensen, professor and chair of the Department of Exercise and Sport Sciences and chair of Faculty Council, is on the Presidential Search Committee. He said the group decided to add more campus input after discussing ways with the campus community to incorporate their involvement. He said other colleges have used this strategy to increase input in closed presidential searches, which he called a “hybrid” search.

Marieme Foote, president of the Student Governance Council, said the move to bring executive committees into the search has given her more confidence in the process. After meeting some of the candidates, she said she is hopeful about who the future president will be.

“I really was hoping there would be some kind of feedback system where faculty, staff and students would get a chance to be able to engage with the candidates, even though it was a closed search, so I was really excited they were taking steps in that direction,” Foote said.

When interviewing some of the candidates, Foote said she focused her questions on how the candidate’s values would match the college’s values. Also, she said she asked if they would prioritize mending bonds that were broken on campus when protests erupted in Fall 2015 about diversity and inclusion at the college.