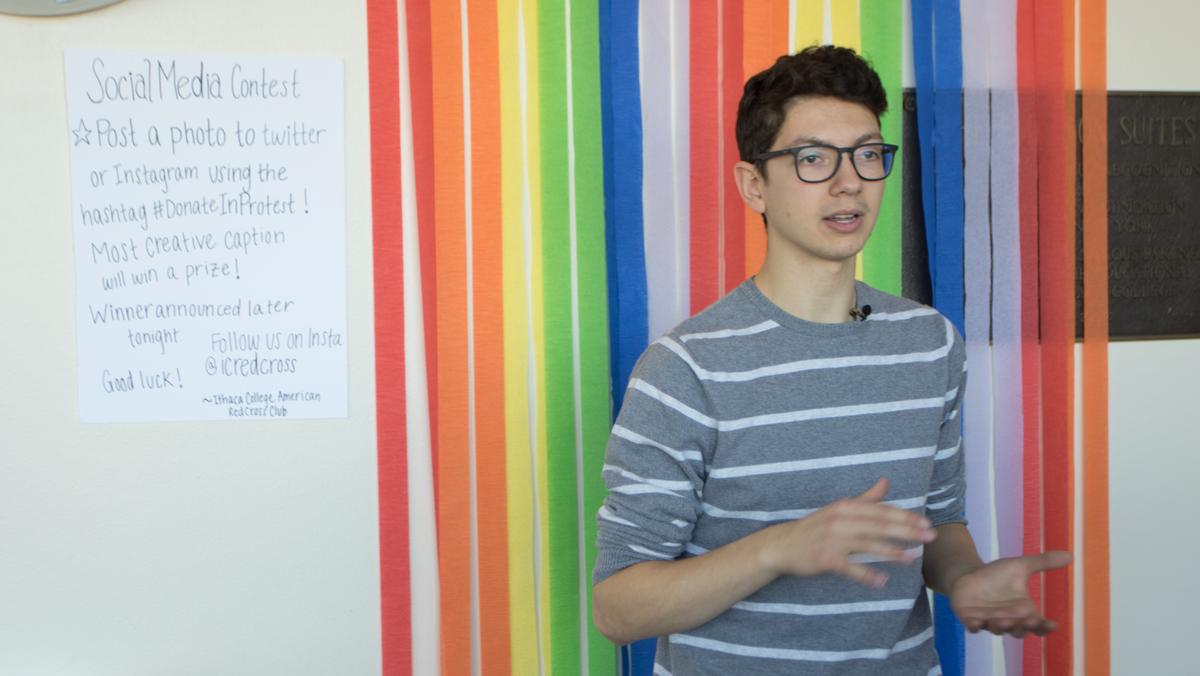 Ithaca College’s Red Cross Club sponsored a “Donate in protest” blood drive on Nov. 28 in reaction to the Food and Drug Administration’s policy that restricts men who have sex with other men from donating blood.

At the drive held in the Emerson Suites, participants had the option to send a postcard directly to the FDA in protest of the discriminatory policies that restrict people with specific sexual histories, such as men who have had sexual relations with another man or who have traded sex for money or drugs, from donating blood. 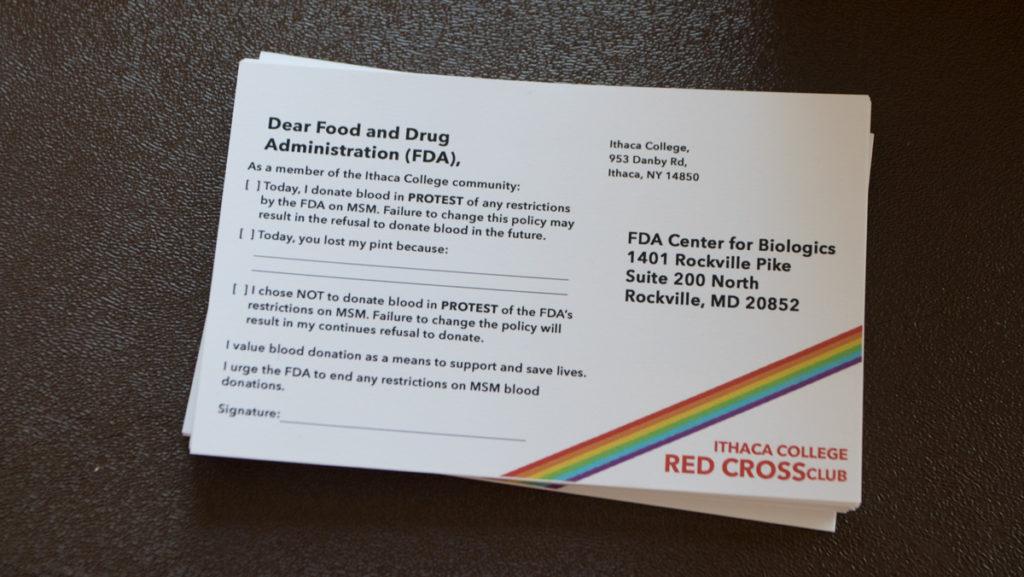 The Ithaca College Red Cross Club allowed donators to send postcards to the FDA in protest of discriminatory policies against men who have sex with other men. ANDREW TREVES/THE ITHACAN

This is not the first on-campus protest concerning the policy. In June 2016, students organized a photo project that protested FDA restrictions on blood donation.

Senior Nicole Cardascia, IC Red Cross club president, said the policy is pointless because the FDA tests the blood and ineffective because it is easy to lie about sexual history.

“We are supporting inclusion here in a very politically charged environment today,” Cardascia said. “We believe it is very important to highlight the fact that we really are inclusive here as an organization. We want our campus to know that.”

The FDA has strict guidelines for who is eligible to donate blood and who is not, and organizations like the Red Cross are required to follow them. For example, sex workers or those who use non–prescribed injection drugs like heroin are considered ineligible to donate.

The postcard had three options to check off: “I am donating today but I am donating in protest,” “Today you lost my pint because:” and “I choose not to donate in protest because of the FDA’s restrictions.”

Sophomore Devin Kasparian, IC Red Cross club’s marketing manager, said he finds the FDA’s policies discriminatory and senseless. He said he has researched the topic and is currently working on a documentary about the blood donation restrictions.

“It just doesn’t make sense to cut out this percent of the population from donating blood,” Kasparian said.

John G. Culhane, a professor of law at Widener University Delaware Law School, wrote an article titled “Bad Science, Worse Policy: The Exclusion of Gay Males from Donor Pools.” He wrote that these policies are not directly backed by scientific evidence. The policy, he states, was first introduced in the middle of the AIDs crisis when there was rapid spreading of the disease and a nervous tension in society. 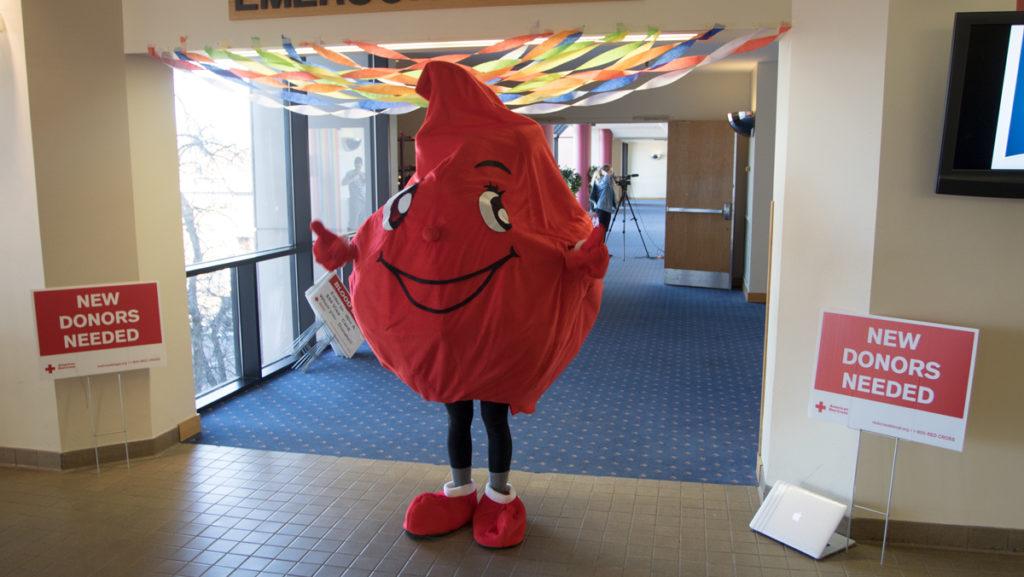 Kasparian said the FDA could be turning away good blood because of this restriction, since any infected blood would be disposed of if it tested positive for a disease or infection.

Cardascia also said she feels it is important to promote this inclusivity because many people do not realize that this discriminatory policy comes from the FDA and not the Red Cross. Because the IC Red Cross club is a chapter of the Red Cross, the club also has to follow the policy.

“But, we can protest,” Cardascia said. “The protest is a way to tell our campus that we support you.”

Senior Angela Leonardo, a student and blood donor, said the policies would not stop her from donating because there are still people who need blood transfusions. She added that she did believe that the FDA should let everyone donate because it is so easy to just test blood for any infections.

Another student who was donating blood, junior Julia Bieber, said she agrees that the policies would also not stop her from donating, but that there was clearly a problem with the policy.

“Not donating because of that [policy] takes away blood from people who need it,” Bieber said.

There were 122 postcards signed by the end of the blood drive.

The college will hold its fourth annual Be The Match Bone Marrow Registry Drive from 10 a.m. to 3 p.m. April 2 in Emerson Suites.