IC sets aside DC program to prioritize others 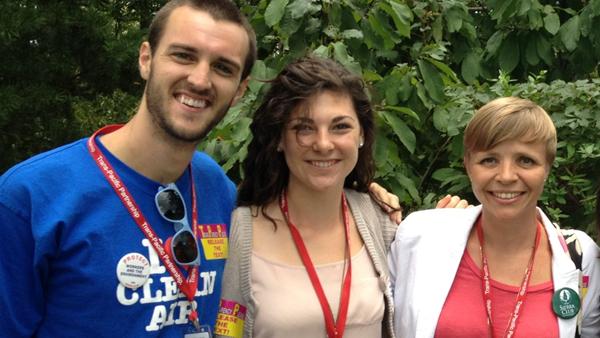 Once a featured destination for Ithaca College students, Washington, D.C., has gone almost completely off the radar while the college focuses on other destinations like New York City.

After suspending the program in 2011 because of dwindling interest, the college began an affiliation with Cornell University to keep the option available.

Tanya Saunders, assistant provost for international studies and special projects, said the college is focusing on building the New York City program, and after that program is firmly established, the college will shift its focus toward re-establishing a college-run Washington D.C. program.

Saunders said she thinks the reason for low interest in the Washington D.C. program is because of the increased number of study abroad and study away opportunities.

When the previous director of the program resigned in 2011, the college still wanted to give students an opportunity to experience Washington, D.C., Saunders said.

The college-run program used to offer two courses each semester and three one-credit seminars. In addition to classes, students took part in a six-credit internship. Students participating in the new, Cornell-affiliated program take an eight-credit graduate level research course, a four-credit elective with Cornell professors and take part in a three-day-a-week internship.

Senior Lethia McFarland interned at the Elizabeth Glaser Pediatric AIDS Foundation in Washington, D.C., in Spring 2012 and said she benefited from the experience.

“It was a very supportive program,” McFarland said. “I felt like I learned a lot. It was one of the most valuable experiences of my college career for sure, and I wish I could go back right now.”

McFarland said there was a wide area of study in the D.C. program and something for everybody.

“People have a misconception that D.C.’s a place for only politics, and that’s not true. When I was there, there was people studying everything under the sun, and everyone found their niche and walked away with something valuable, so I would recommend it to anyone,” McFarland said.

Bryan Roberts, assistant dean for student services in the Roy H. Park School of Communications, said the D.C. program does not create competition for the New York City program, because each program offers different opportunities.

“Offering a multitude of these programs just benefits our students,” Roberts said. “It’s not that one program is competing with the other; they each offer very different things and more choices for our students and more opportunity to get experiential learning.”

Senior Stephanie Lavallato participated in the Cornell-affiliated D.C. program in Fall 2012. Lavallato said she recommends the program to current students.

“It was an overall phenomenal experience and definitely helped drive my career path,” she said. “The way the program works is that you would take 12-16 credits with Cornell professors that they have down there as well as an internship, so kind of in between a full-time student and a full-time employee. You’re getting a bit of both real world and student life.”

Saunders said for students who are daunted by the thought of navigating New York City, Washington, D.C., is a better fit because D.C. is more accessible and open when compared to New York City. Like the New York City program, students in D.C. spend the semester in class and interning and meeting new friends, as well as potential contacts for the future.

“If the college decides that it wants to move forward with D.C., there will be a group of students for whom D.C. is the right choice,” Saunders said.