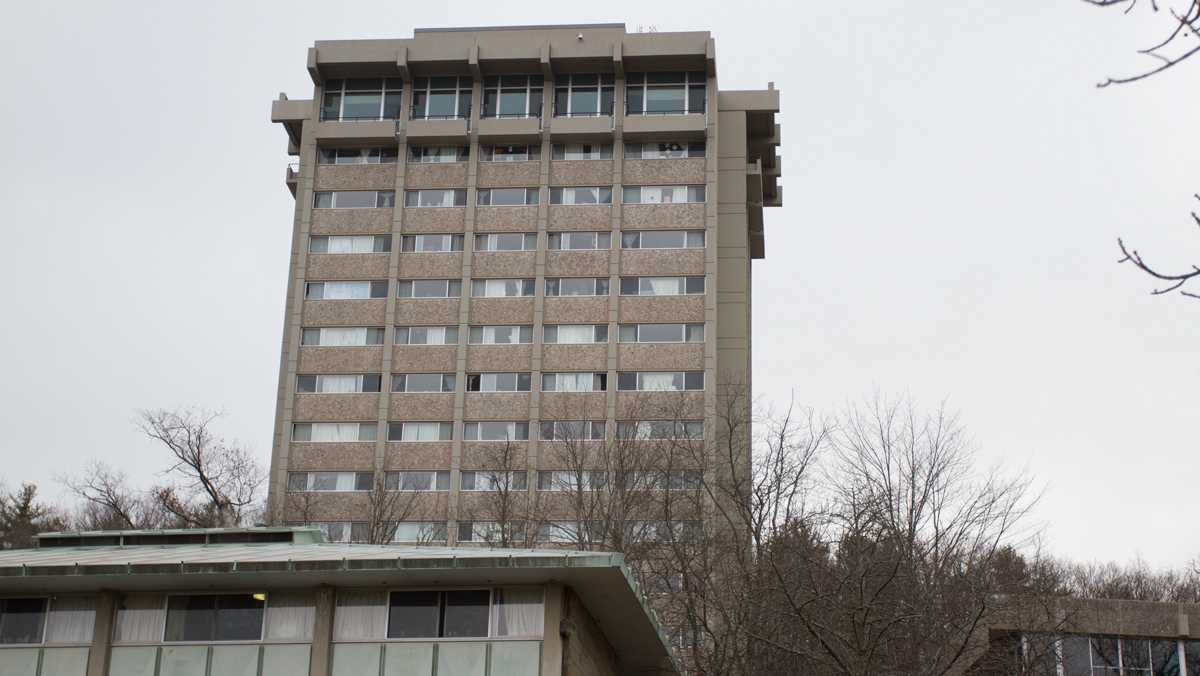 Maxine Hansford/The Ithacan
A student has been judicially referred for drawing a swastika on the dorm door of another student in East Tower on Nov. 17.
By Ashley Stalnecker — Staff Writer
Published: December 9, 2017

The Office of Public Safety and Emergency Management judicially referred a student for drawing a swastika on the door of another student’s dorm in East Tower Nov. 17.

An unknown third-hand source reported the swastika Nov. 17. The incident was confirmed through interviews conducted by Public Safety, Thomas Dunn, administrative lieutenant of the Office of Public Safety and Emergency Management said. The student responsible cannot be identified because of reasons designated under The Family Educational Rights and Privacy Act. The incident report has been sent to the Office of Judicial Affairs to find if there is enough evidence to sanction the student responsible within the college’s judicial system, Dunn said.

The case is classified as aggravated harassment, Dunn said. A person who etches, paints, draws upon or otherwise places a swastika, an emblem of Nazi Germany, on any public or private building or other real property, without express permission of the owner, is guilty of aggravated harassment in the first degree according to The New York State Penal Law 240.31.

Dunn said the swastika was drawn on a whiteboard on a student’s dorm door but could not further specify which door without identifying the student. The swastika on the whiteboard has since been erased.

Of over a dozen students interviewed in East Tower, not one knew that the situation had occurred. Freshman Micaela Snow said she had not heard anything about the incident, but said that she thought what happened was horrible.

Three resident assistants interviewed had also not heard about the incident. Sophomore RA Diana Castillo said she was not aware of the occurrence and that it had not been brought up in staff meetings. She said the RAs usually inform each other of incidents in East Tower.

Michelangelo Misseri, East Tower residence director, said he could not comment on the incident because he did not want to reveal any information about the student involved.

A caller reported a swastika and the words “f–k you” written on a room’s dry erase board Jan. 18 on the second floor of Landon Hall, said Investigator Tom Dunn of the Office of Public Safety. Dunn said Public Safety is investigating the incident. Stuart Kenney, the second-floor resident assistant, said he was not on…