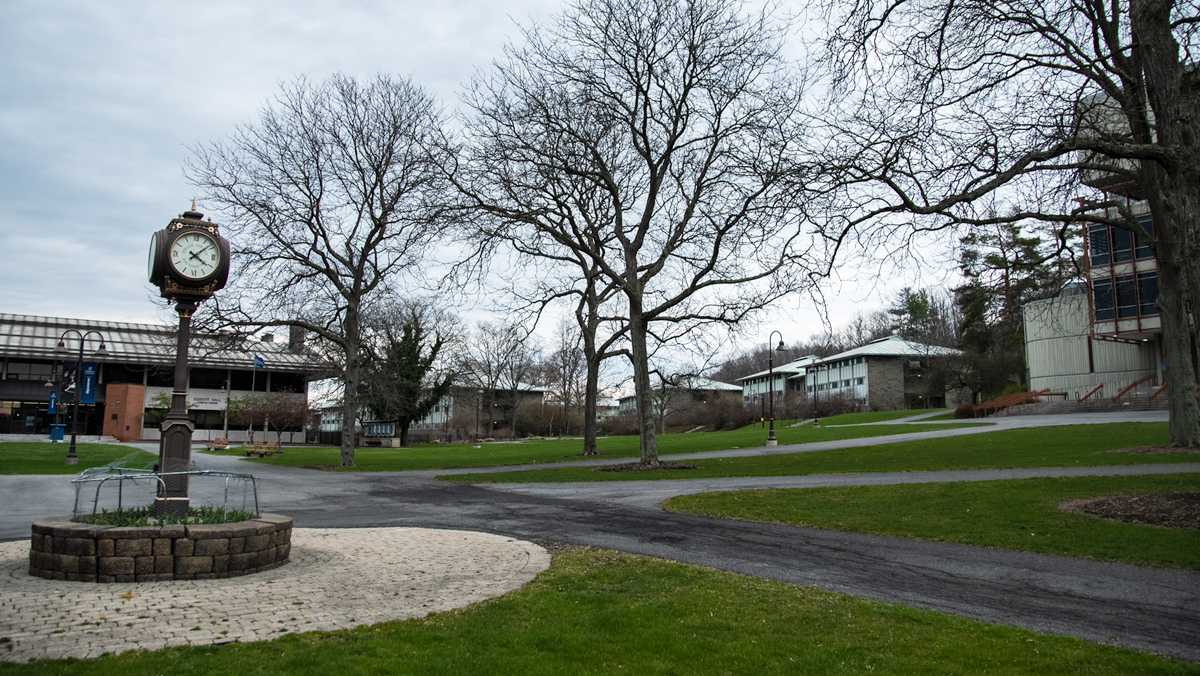 Kristen Harrison/The Ithacan
After the college transitioned to remote learning March 11 because of the COVID-19 pandemic, students who did not remain on campus during spring break were not allowed to return to campus to retrieve their belongings.
By Alyshia Korba — Assistant News Editor
Published: May 15, 2020

Ithaca College students who need to move out of their on-campus residences will be able to retrieve their belongings beginning the week of June 8.

Rosanna Ferro, vice president for student affairs and campus life, made the announcement via email to the campus community May 15. After the college transitioned to remote learning March 11 because of the COVID-19 pandemic, students who did not remain on campus during spring break were not allowed to return to campus to retrieve their belongings. The Tompkins County Health Department expressed concerns about the large number of students who would be returning to campus at once, causing the college to change its initial move-out plans.

According to the email, June 8 was chosen under the guidance of the health department. In a letter to the college, Frank Kruppa, public health director of the Tompkins County Health Department, recommended that the college use a six–week, phased move-out process.

The process will be “invitation-based” and will occur in three phases. In the first phase, students in New York state regions who meet the state reopening requirements will be able to return to campus to move out. According to the state’s regional monitoring dashboard, currently five out of 10 New York state regions meet these requirements, including Central New York, Finger Lakes, Mohawk Valley, North Country and the Southern Tier.

Students who live outside the country or in states that have not met their reopening requirements will need to have their belongings shipped to them for free up to $30 or stored locally for free, according to the email.

The email stated that an Engage form will be available on the college’s move-out website May 22. Students will need to sign up and identify their preferences for who will move the items out: the student, a family member, a friend, college staff or a moving company. Students can schedule their move–out times on HomerConnect beginning May 22.

Individuals are requested to wear face masks in public spaces while moving out. The college will allow a one-time judicial amnesty for small-scale items found that violate its Code of Conduct or Residential Life policy, the email stated.