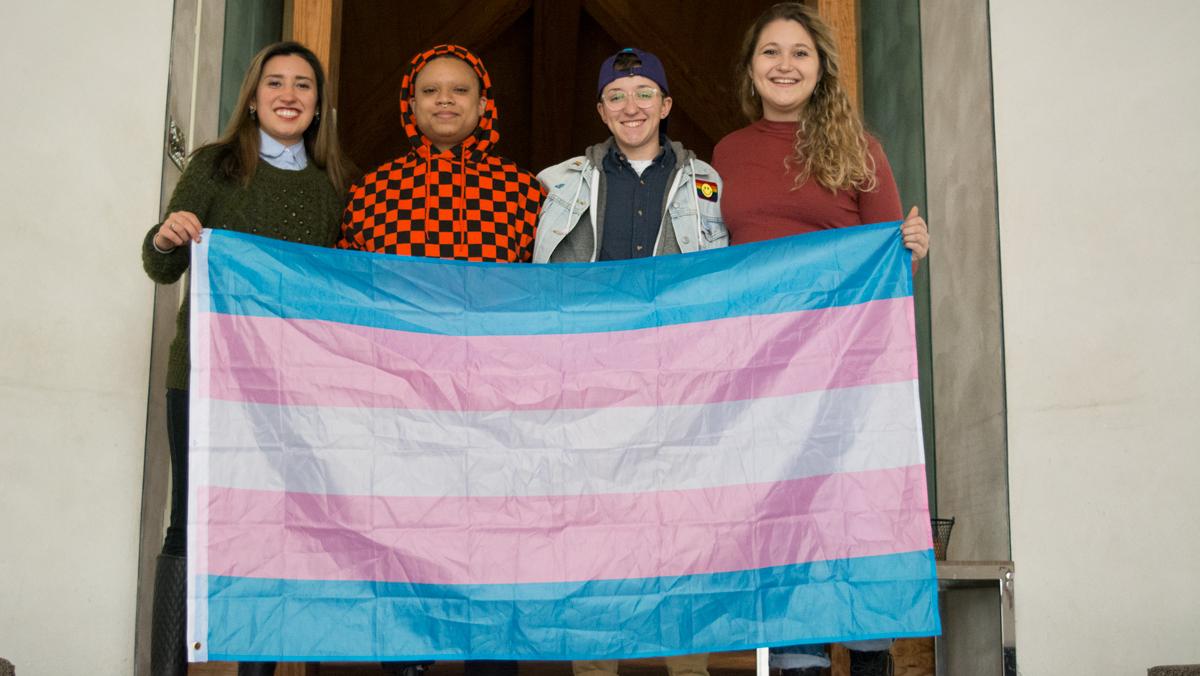 Four Ithaca College students were selected to be Campus Ambassadors for the Gay and Lesbian Alliance Against Defamation (GLAAD). These ambassadors will join a group of students from across the nation working to amplify the voices of members of the LGBTQ community.

Juniors Elena Piech and Rosemary Mulvey and seniors Jay Williamson and X Rance were chosen in September for GLAAD’s campus ambassadors program, making the college have the highest number of campus ambassadors from one school. The program started two years ago, recruiting college students from schools across the country to work with GLAAD to move toward ending discrimination against the LGBTQ community, according to GLAAD’s official website.

Williamson said that after seeing GLAAD’s posts about the program on social media, they were encouraged to apply.

“I sort of thought it was a throwaway application that I wouldn’t get, because I thought they wanted mostly freshmen,” Williamson said. “But I wanted to try and really get involved and make a difference in my last semester.”

GLAAD provides opportunities for campus ambassadors to publish original work on their website, Mulvey said. Mulvey has been featured in two of GLAAD’s articles and hopes in the future to write editorials and do original research in conjunction with the organization. Mulvey originally applied to be an ambassador because of the knowledge and opportunities GLAAD has to offer.

“I decided to apply because I am passionate about my identity as a queer woman,” Mulvey said. “It has been a long road to self acceptance, and I wanted to use the skills that I have and dedicate them to a mission I believed in.”

On Nov. 10-12, the campus ambassadors traveled to Atlanta, Georgia to participate in the National Campus Ambassador Summit. While there, they participated in media training, including learning skills such as pitching a story and being interviewed.

“It’s important to get that training, so hopefully we can one day be advocates on a larger scale,” Piech said.

The group also participated in Transgender Awareness Week at the college on Nov. 13, Mulvey said. The ambassadors participated online, and in the future would like to bring the same event to campus. They would also like to participate in events like #BiWeek and hold events to spread HIV/AIDS awareness, Mulvey said.

GLAAD reached out to Luca Maurer, LGBT education, outreach & services program director, two years ago, Maurer said. Since the college is well known for being LGBTQ friendly, GLAAD asked Maurer if he knew of any students who would fill the position of campus ambassador well. The program and the college’s involvement has grown since then. In 2016, the number of campus ambassadors was less than 20, with only one participant from the college. This year, after more exposure about the program on social media, the number has exceeded 100 participants, Maurer said.

If an ambassador has an idea for a project or campaign, such as an awareness week or a talk and presentation, GLAAD assists with the planning and execution, as well as sharing it with a larger audience and giving it traction, Williamson said.

“They help make a lot of connections,” Williamson said. “It’s really great knowing that I have a support system and people I can talk to, so in the future I can try and work at one of these organizations.”

“LGBTQ students don’t just bring their LGBTQ selves to campus, they bring their whole selves,” Maurer said. “I think this program gives voice to that, and embodies those experiences. LGBTQ liberation must be intersectional, or it isn’t liberation at all.”

The ambassadors will soon meet with Maurer to discuss future actions on campus, Mulvey said. They want to bring what they learned at the summit back to the college, Piech said.

“As more young people come out as members of the LGBTQ community, GLAAD wants to make sure young people are aware of how to use their voices and be advocates,” Piech said.