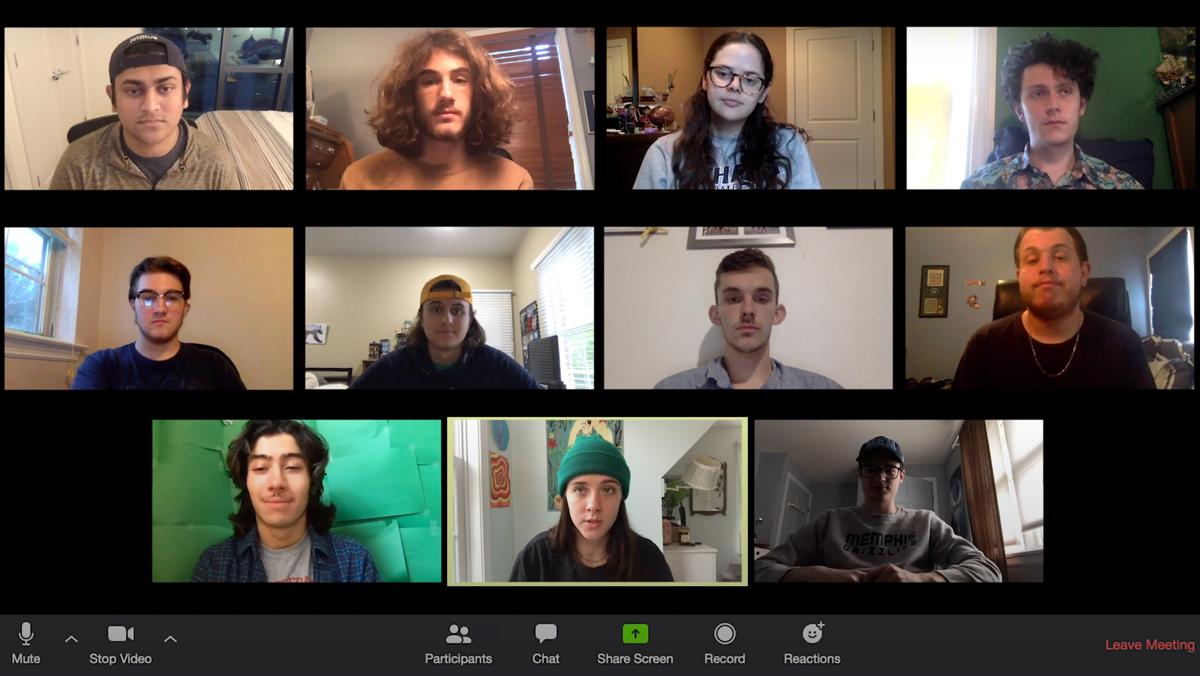 In the video, “What COVID-19 Taught Me About My Father,” Ithaca College rising junior Lilia Geho sat in her room and interviewed her father over Zoom as he sat in his office at a water treatment facility in Westchester County, New York. They joked around and laughed before Geho started asking her father serious questions about being an essential worker during the coronavirus pandemic.

Geho’s is just one of 11 short videos that make up the “What COVID-19 Taught Me” documentary, the final project of the Nonfiction Production class. The idea for the documentary came about after the students were unable to finish their original documentary projects because of the COVID-19 pandemic. At the beginning of the semester, John Scott, associate professor in the Department of Media Arts, Sciences and Studies, planned to have his students work in small groups to create their own short documentaries about a topic they felt was important in the Ithaca community.

Scott pitched the “What COVID-19 Taught Me” documentary — which is composed of short videos every student made on their own — to Mitch Gelman, president and CEO of WCNY, the Syracuse PBS branch. Eight of the students’ videos were edited together, and they were aired June 27. Scott has worked with WCNY since 2009 to air student projects. Usually, it would take a few months before he heard back. This time, he heard back from Gelman the same night he pitched the new idea because Gelman thought that the documentary was thoughtful and timely.

Geho said her group was planning to do their documentary on Open Doors English: Julie Rudd Coulombe Language Program, a group in the City of Ithaca that teaches English as a second language to refugees and immigrants. She said her group had contacts and was making plans to interview people after spring break but was never able to have those interviews because of the semester switching to remote learning.

The Nonfiction Production class spent hours on Zoom discussing what they could do to still complete their documentary projects, Geho said. Scott said it became obvious that the students could not continue doing their original projects remotely. Eventually, they decided to base their documentaries on their own stories in dealing with COVID-19. The short videos talked about mental health, family and personal growth. Usually, the students’ documentaries are approximately 10 minutes long, but the “What COVID-19 Taught Me” videos are all between two and four minutes.

Scott said the class worked with John Fucile, director of Park Productions, who picked eight of the videos to be aired on WCNY. Only eight were picked because all 11 videos together exceeded the time slot given by WCNY, Scott said. However, all the videos can be viewed on YouTube.

Geho’s video was about her father, who is the operations director at a water treatment facility in Westchester County that treats public drinking water.

“The fact that he was still having to go out into the world created kind of a danger that my family had never experienced because every time he came home we were unsure if he was going to be bringing home the virus,” Geho said. “No matter how careful he was, it was still always a threat.”

Her video showed how her family adapted to her father working and what had changed in his job to prevent the spread of the virus. In the video, she had her father talk about his fears and how it felt to be an essential worker.

“I don’t fear coming to work,” Geho’s father said to his family in the video. “I know it puts a strain on you guys because of the unknown and me coming back home, but I do try and minimize any exposure when I leave the house until I get back home.”

“We were planning on showcasing the benefits of hemp and how it’s really a cash crop that can do a lot of good for society,” Patel said.

He and Pohlman were only able to visit one farm to get footage for their project before the pandemic impacted the semester.

Patel said he initially was also going to talk to his father about how his job has shifted but changed his idea to focus on his own experience of feeling apathetic toward completing classwork and creating videos.

“The beginning of second semester was going super well,” Patel said. “I was super motivated. It was great to be with friends and be in that college environment, and, all of a sudden, it was stripped away.”

He said that while he was home he struggled to work on projects. However, he said his family members were making good use of their time by being creative, and that inspired his video. He called it “What COVID-19 Taught Me About Staying on Track.”

Pohlman decided to take a more sentimental route for his video, “What COVID-19 Taught Me About the Good Old Days.”

“It’s an emotional and reflective piece looking back on my experiences during my freshman year of college both in school and outside of school,” Pohlman said.

He said the new project helped him to gain a new appreciation for not taking things for granted. He said he wanted to encourage people to reflect on their own experiences and what made them important.

“The project was important to me because I was thinking of my older brother,” Pohlman said. “He graduated college this year and missed out on many opportunities that he won’t be able to get back.”