Ithaca College has announced plans to abandon its current email system and shift to Microsoft-powered Live@edu, an email service, which Information Technology Services officials have called an improved system. 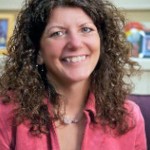 RUGG said the college will switch to Live@edu email service in August.

The new email system will provide students, faculty members and staff members with 10
gigabytes of email and calendar data storage and sharing, 25 gigabytes of online file storage through Skydrive, Microsoft Office Web applications and blogging tools, among other features.

Beth Rugg, assistant director of technology and instructional support services, said the decision comes amid reports of poor performance from Webmail, a 4-year-old system powered by the email server Mirapoint, this past fall.

Additionally, Mirapoint introduced a double-digit cost increase in June, which Rugg said was also a factor in the decision to switch to the Microsoft-powered email system.

Tom Bohn, a lecturer in the
Department of Cinema, Photography and Media Arts, said he, like many of his colleagues, is frustrated with the current email system, especially given the importance of using email to communicate with students.

“If it was just a personal thing, it would be maybe slightly different,” he said. “But when you have to use it to talk to students, to interact with students, to even give students exercises that require their use of our Webmail system, it does get frustrating.”

Junior Jonathan Graniero said his frustration with the current email system led him to forward all of his emails to an alternative account. He said he is most bothered by system failures during the day.

“It’s not even like it’s at four or five in the morning — Webmail goes down at like one in the afternoon until like four in the afternoon or at peak times that people actually need to check their mail.”

Rugg also said Oracle Calendar, the scheduling software currently used by the college, will not be continued by Oracle in 2013. She said this detail was taken into consideration when making the decision to have a system that integrates both calendar and email features.

Rugg also said that since Microsoft Live is a Web-based email system, it can be used with equal efficiency on both Macs and PCs. Also, the email can be configured with email clients like MacMail or Mozilla Thunderbird.

Taves said concerns about email confidentiality have accompanied the decision to outsource all college email accounts to another provider.

“Because they run this big commercial environment for other
companies, they can probably do at least as good or probably a better job than we can in assuring the security of our community’s data,” he said.

Taves said the new email system, expected to launch by August, will be a significant milestone for the college.

“It will be a great improvement,” he said. “They’ll have more storage space on email than we’ve ever been able to provide.”