ICLA students return to campus after evacuation due to fire 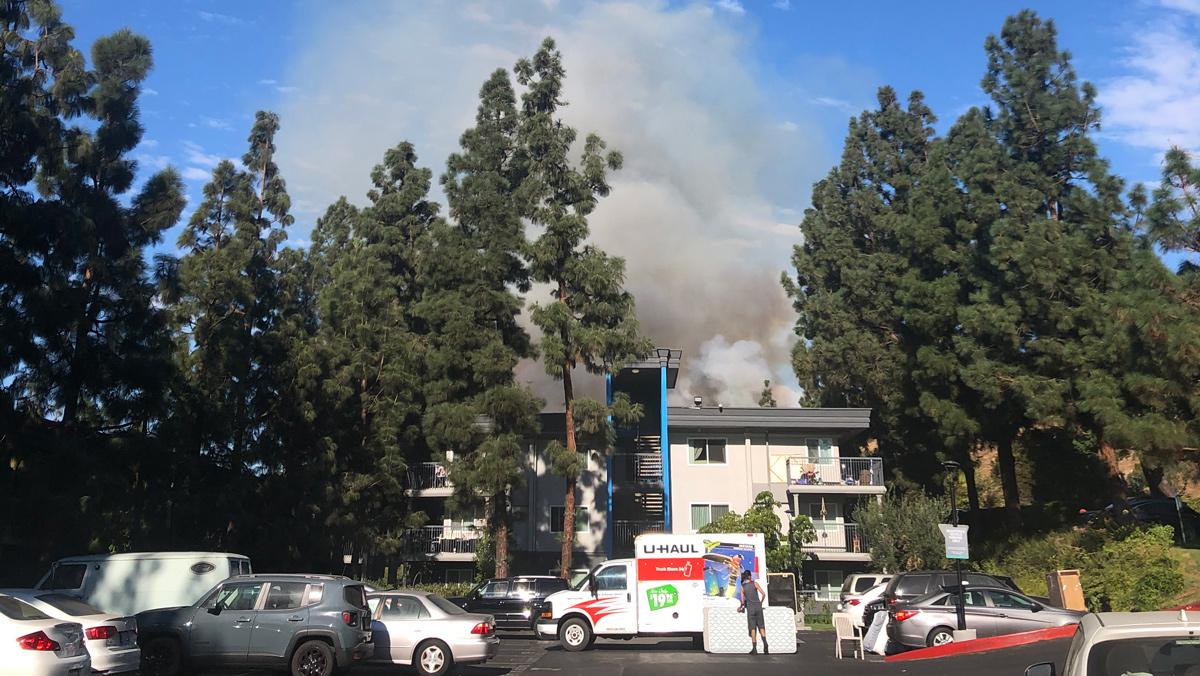 Ithaca College students were evacuated from the college’s Los Angeles campus when a brush fire broke out Nov. 9 approximately a half a mile from campus. No students were injured in the fire.

At approximately 1:30 p.m. PST on Nov. 9, the Los Angeles Police Department responded to a brush fire near the AVA Toluca Hills Apartments complex — where students in the college’s Los Angeles program reside — at 3600 Barham Boulevard. The fire did not spread to the apartment property itself, but as a precaution, management of the complex asked that all residents evacuate, Dave Maley, director of public relations, said via email.

The apartments were reopened to campus residents shortly after 5 p.m. PST the same day, Maley said via email. There was no damage to the apartments.

Program staff enacted the previously developed evacuation plan for the LA program, Maley said via email. Maley said all 84 students were notified by email and social media to go to the predetermined gathering place in a nearby Burbank shopping mall.

Junior Bethany Edwards is currently attending classes at the LA campus. Edwards said that she was approximately an hour away from campus with friends when she got the notification and that she headed back to the campus as quickly as possible to check on her belongings. By the time she arrived, Edwards said, the fire was mostly contained.

“We were so stressed out because we had experienced warnings about fires in the last few weeks, but we thought that it had passed and we didn’t need to be concerned at all,” Edwards said.

By the time Edwards and her friends arrived at the campus, she said, the fire was almost completely contained, and she could enter the apartment to retrieve her belongings.

Senior Dan Miller said he was working nearby when another student informed him of the fire, and he hurried back to the apartment. He said he was not afraid of the fire or concerned by it.

“Seeing the flames burst up and to see all the helicopters and planes fighting the fire was spectacular,” Miller said. “To see how the firemen strategically flew over unloading gallons of water onto the hot spots was really cool in itself.”

Classes are expected to take place as scheduled on Monday, Maley said via email.

A man was found shot dead outside of the Ithaca College Los Angeles campus Nov. 29.