ICNYC is back in session

The Ithaca College New York City program was back in session this week at the Cornell ILR Conference Center after superstorm Sandy flooded its headquarters at the Club Quarters, World Trade Center. 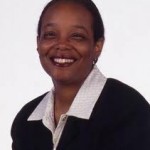 It is still unclear when the Club Quarters, WTC will reopen, because the flood in the ground floor is still in the cleaning process, Tanya Saunders, assistant provost of international studies and special projects, said.

Students were notified Oct. 28 classes would be canceled that week.

“The students were out of class last week because of the storm, and we didn’t want them trying to travel to class at Club Quarters, which had some water damage,” she said.

Students have been attending classes at the Cornell ILR Conference Center and next week will move to the Club Quarters in Rockefeller Center, Saunders said.

Saunders said some students in the ICNYC program did not have electricity after the storm, but the only students who faced flooding were those living with their families on Long Island.

“Students tell me that things are getting back to normal, and as different areas of the city get electricity and heat, and as the transportation system comes online, not all back in order but slowly but surely, the city is repairing itself, if you will,” she said.