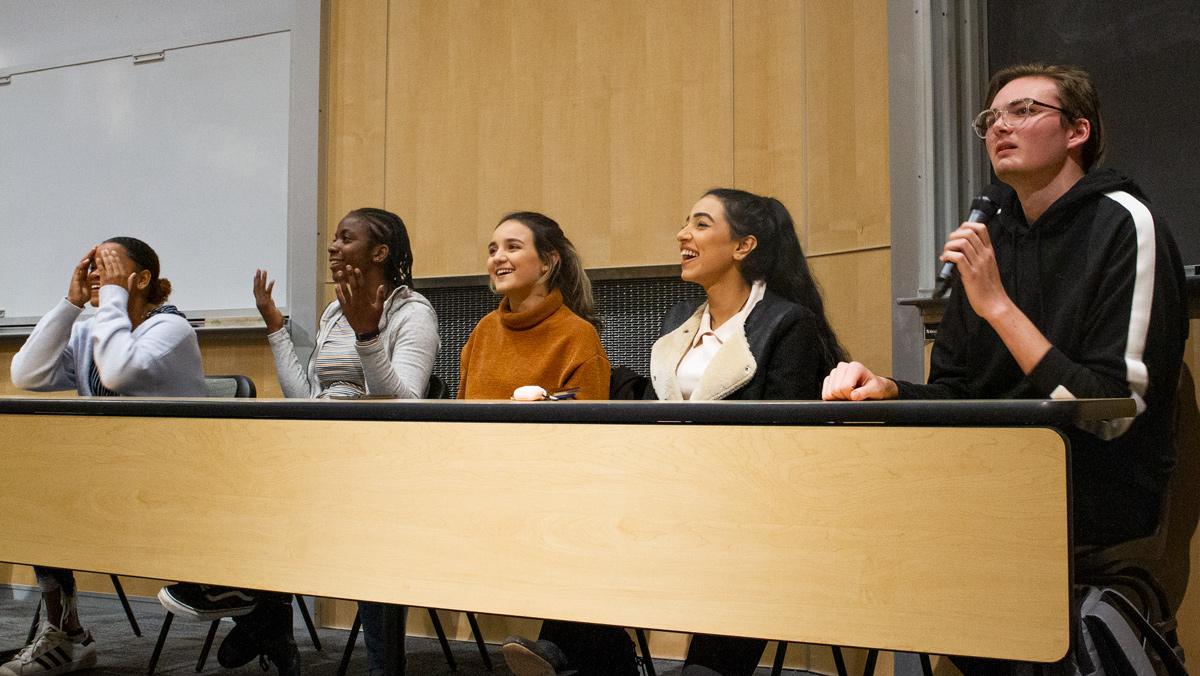 The panel, “Breaking Stereotypes About International Students,” was held to bring awareness to some of the struggles international students face. The panel was led by five international students: sophomores Jaida Browne from Jamaica, Khangelani Mhlanga from Zimbabwe, Laura Lourenco from Brazil, Christopher Thies from Korea and junior Charuprabha Gaur from India. Diana Dimitrova, director of international student services, moderated the event. Approximately 20 people were in attendance.

The panel was one of the events held in order to celebrate International Education Month. The club also planned other events throughout October and November, including the One World Concert, which will take place Nov. 8.

Although international student enrollment in the United States reached an all-time high in 2018, the growth of the enrollment rate has slowed over the years, according to the Migration Policy Institute. The reason for the total growth was because international students remain in the U.S. longer than in past years. The decreased growth is due in part to the rising costs of higher education and the denial and delay of student visas, according to the Institute of International Education.

Students on the panel said that they often have to field misconceptions about their countries. Gaur described how she had to answer stereotypical questions about her country, like if she only eats curry and if India has working internet. Browne said it is frustrating to hear that some people only associate her country with the common cliches.

“I like to joke and say, ‘Yeah, Bob Marley is my grandfather, and I saw him the other day, even though he’s extremely dead,’” Browne said. “That’s something I really wish people would understand like, yes, Jamaicans are laid–back, but it’s not because we all smoke weed. We don’t all have locks, because I don’t.”

“Personally, coming from an English–speaking country, it’s hard to explain that I have three first languages,” Mhlanga said. “I went to school with all three languages, so I’m fluent in all three. I feel that’s not a question that anyone should ask because if I’m speaking English, I’m speaking English. It should just end there — not ‘so well,’ ‘so bad,’ or ‘with an accent.’ If you can understand me, that’s enough.”

Gaur described a stereotypical interaction she had when she first moved to the United States from India.

“Junior year of high school, I moved to a boarding school in Connecticut, and I was the only Indian girl,” Gaur said. “Students there genuinely thought I came here on an elephant or a magic carpet. This one guy believed me that I got here on an elephant. I went with it for one month until they actually visited India and realized I was kidding. … I didn’t mean to lie to them, I just saw how silly the idea was and had to joke about it.”

Lourenco said people have assumed she does not know about the U.S. political system because she is from another country.

“We were just having our own conversation, and I brought up the problems about immigration and [President] Donald Trump, and they said, ‘Ugh, don’t tell me about this, immigrant,’” Lourenco said. “And I just didn’t know how to react, and I just looked at them. I said, ‘I am an immigrant here, what do you mean by ‘Oh, this immigrant?’ They just brushed it off and it made me think for a long period of time after that. How are we supposed to react to this?”

“There is a certain sort of familiarity that you have with [fellow international students] of like, ‘Oh you get it,’ because mom and dad are not just a four–hour drive away,” Thies said. “They’re a 14–hour plane ride away. You create a family here with each other because you don’t really have the option of going home during breaks.”

“It’s been hard,” Kebede said. “I mostly met my friends from orientation. I don’t normally go up and talk to American people, just because it puts me out of my comfort zone. I do love my friends that I have made through the international program, though, because it creates a better sense of home.”